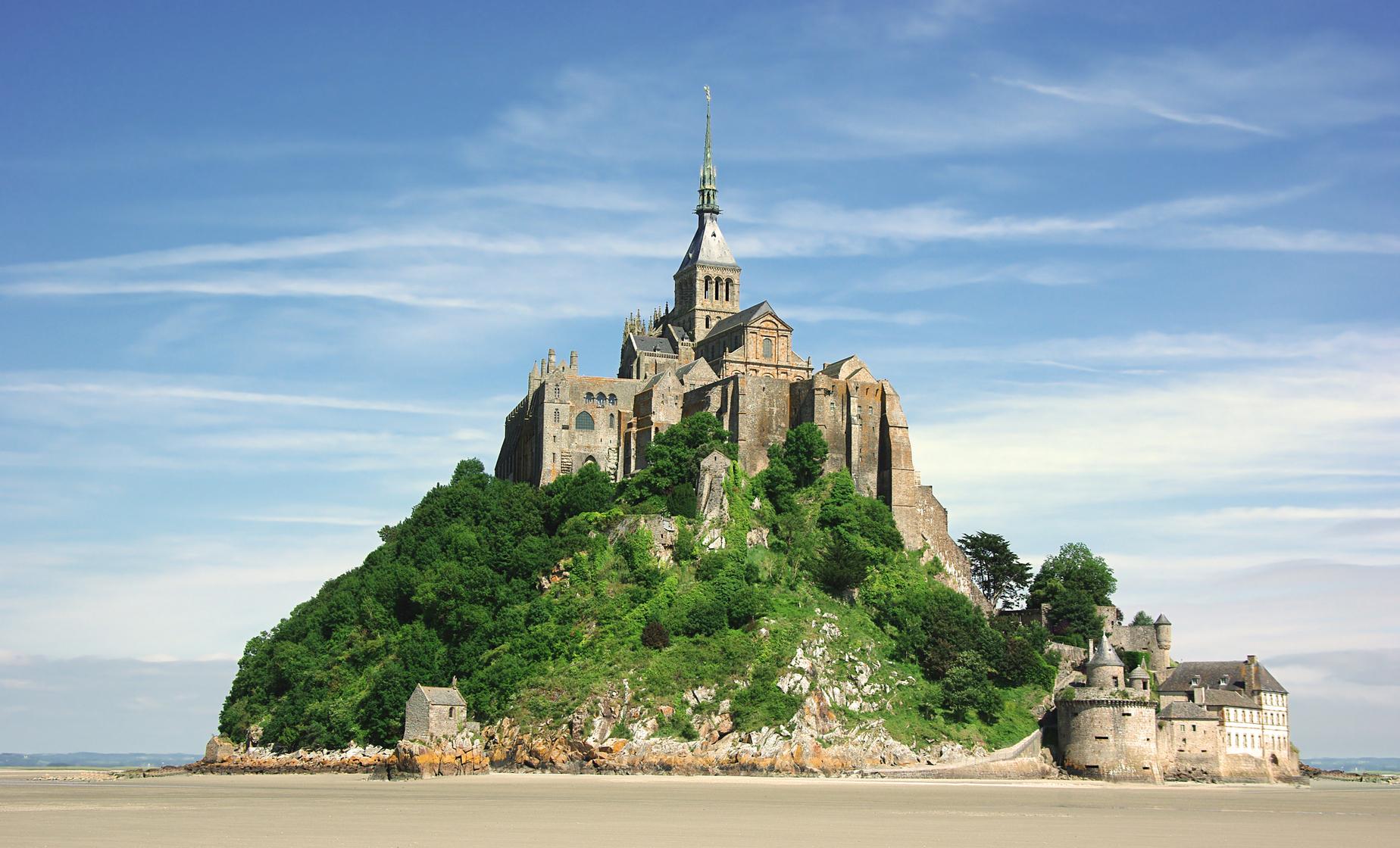 Review This Tour
From $155.00/person to $1295.00/person (Select "Individuals" below) Price varies based on number of individuals in your group
Choose Options My Cruise Itinerary
Summary
Shore Excursion Size

Ships Pier
Food/Beverage Provided Not Included
Recommended Dress As you will be visiting a religious or memorial site, shoulders and knees should be covered in respect. Sensible, flat-soled walking shoes, sun glasses and sunscreen are suggested.
Restrictions Guests must be able to walk over paved, gravel, cobblestone and packed dirt surfaces, several that are uneven and/or on inclines. There are numerous steps to reach the abbey

Departing from the cruise pier in Le Havre, you will drive for approximately 2 hours 30 minutes west to one of France's most recognizable landmarks, Mont Saint-Michel, a UNESCO World Heritage Site.

The 247 acre mount rises out of the sea to its highest point 300 feet above the sea. There have been strategic fortifications on the island since ancient times. In the eighth century AD a monastery was established from which the mount gets its name. The layout of the town exemplifies the feudal society that constructed it. At the top (abbey and monastery) is God. On the next level the homes of the noblemen, then stores and housing for the village people. Outside the walls is where you found the small homes of the fishermen and farmers.

The tides vary greatly, with a difference of 46 feet between high and low water marks, which once made approaching the island dangerous. Recently, a new bridge was constructed from the mainland.

Upon arrival, you will have approximately 3 hours to climb to the abbey, explore the winding pedestrian streets that interweave around the mount and to take time to grab a quick lunch on your own. As some guests may not walk all the way up to the Abbey, admission is not included in the price of this tour. Guests wishing to visit during would be responsible for their own admission which is approximately 7 Euro per person.

From here it is approximately two hours 30 minutes drive back to Le Havre.

Dress
As you will be visiting a religious or memorial site, shoulders and knees should be covered in respect. Sensible, flat-soled walking shoes, sun glasses and sunscreen are suggested.

Restrictions
Guests must be able to walk over paved, gravel, cobblestone and packed dirt surfaces, several that are uneven and/or on inclines. There are numerous steps to reach the abbey