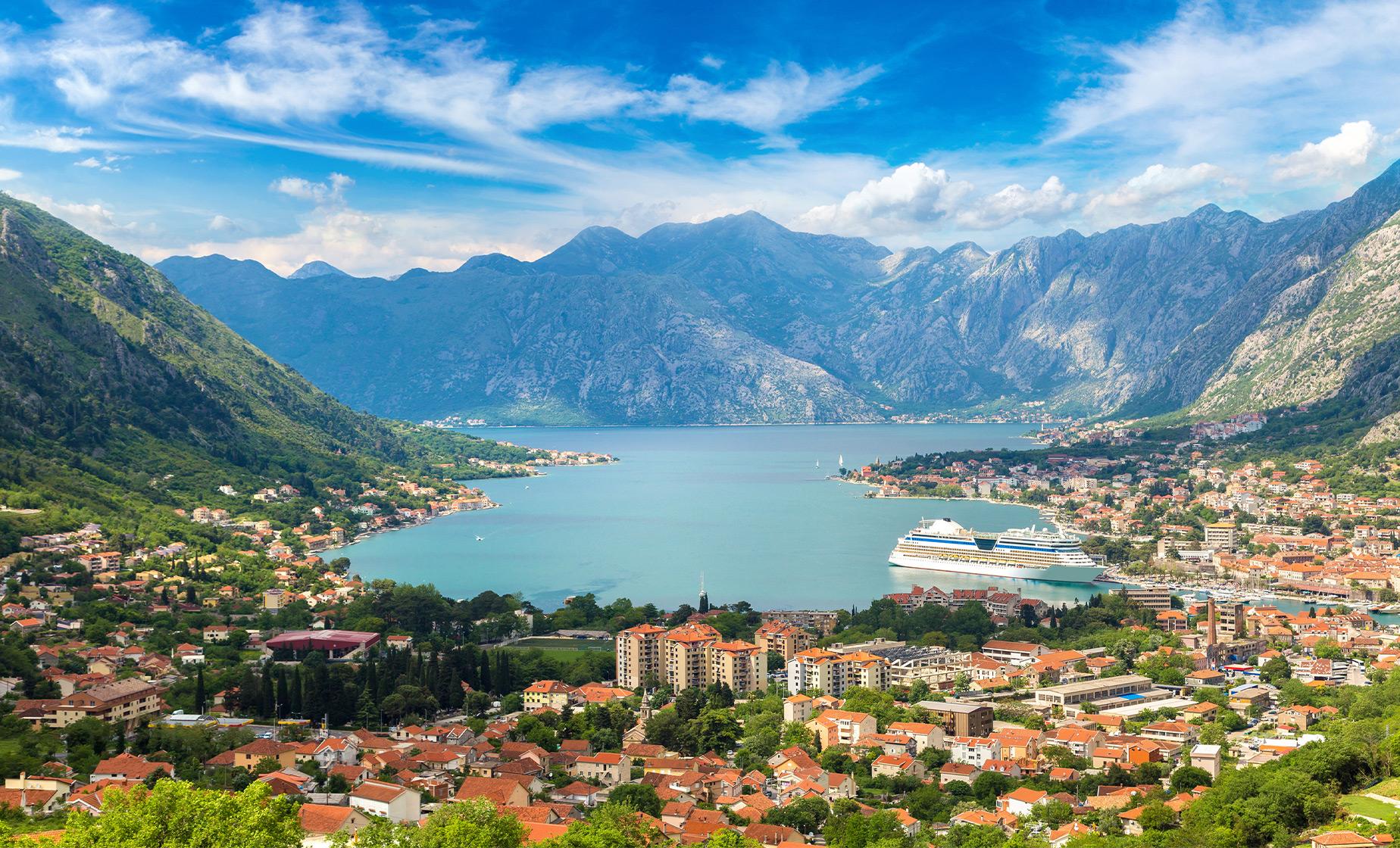 Review This Tour
From $90.00/person to $550.00/person (Select "Individuals" below) Price varies based on number of individuals in your group
Choose Options My Cruise Itinerary
Summary
Shore Excursion SizePrivate
Shore Excursion TypeScenic
Shore Excursion Duration6 Hours
Activity LevelModerate
Shore Excursion Leaves FromCruise Pier
Food/Beverage ProvidedNot Included
Recommended DressIf you plan to enter a religious or memorial site during your tour, your shoulders and knees must be covered. Sensible, closed-toe walking shoes are recommended. Sunscreen and sun glasses are also suggested.
RestrictionsGuests must be able to walk approximately 2 miles total over uneven surfaces with various inclines and numerous steps. Wheelchairs cannot be accommodated on this tour.

Departing from the port of Kotor, you will begin a dramatic drive up the side of the mountain behind the town of Kotor. As the road continues to climb, you will get incredible panoramas at almost every switchback as you climb up more than 3000 feet above the town. A photo stop will be made near the top of the mountain of Kotor, the bay and, depending on visibility, the view all the way to the sea.

You will then pass through a gap in the mountains and into a completely different landscape. As you make your way to the mountain village of Njegusi, you will pass through charming agricultural lands. If you would like, you can make an optional stop in the village Njegusi to purchase the local smoked ham, cheese and honey wine in a local restaurant.

Departing the village, the landscape soon changes again as you climb through the Montenegrin karsts formations, the most ice-eroded section of the Balkan Peninsula during the last glacial period. The rocky limestone terrain has no resemblance to the farm land you just left. In a valley just beyond these peaks, you will come to the Old Royal Capital of Montenegro, Cetinje.

Your guide will lead you on a short walking tour of its small central pedestrian area. The town dates to 1482 when the capital was moved to this inaccessible location to avoid the conquests of the Turks. Two years later a monastery was built making the town the center of secular life and the spiritual center of Montenegro. During your walk, you will see the exterior of the Royal Palace in Cetinje.

You will then turn west and begin driving back towards the coast. A different route will take you south of Kotor to the Riviera of Montenegro. You will first see the resort town of Budva as you descend from the mountains above. Upon arrival, your guide will take you on an a short walking tour of the older section of Budva and its adjacent waterfront.

You will return to Kotor where you will depart your transportation and take an approximately 50 minute stroll through the UNESCO World Heritage site of Kotor. The town was first mentioned in 168 BC, and was settled during Ancient Roman times, when it was known as Acruvium, It has been fortified since the early Middle Ages, The city became part of the Venetian Republic in 1420 and except for two periods of Ottoman rule, it remained under Venice until 1797, It is these four centuries of Venetian domination that have given the city the typical Venetian architecture.

Your tour ends within the ancient city. From here, your guide can make suggestions for further sightseeing, shopping or show you the gate that leads to the cruise pier across the street from the Old Town.

Food/Beverage Provided
Not Included
Dress
If you plan to enter a religious or memorial site during your tour, your shoulders and knees must be covered. Sensible, closed-toe walking shoes are recommended. Sunscreen and sun glasses are also suggested.

Restrictions
Guests must be able to walk approximately 2 miles total over uneven surfaces with various inclines and numerous steps. Wheelchairs cannot be accommodated on this tour.