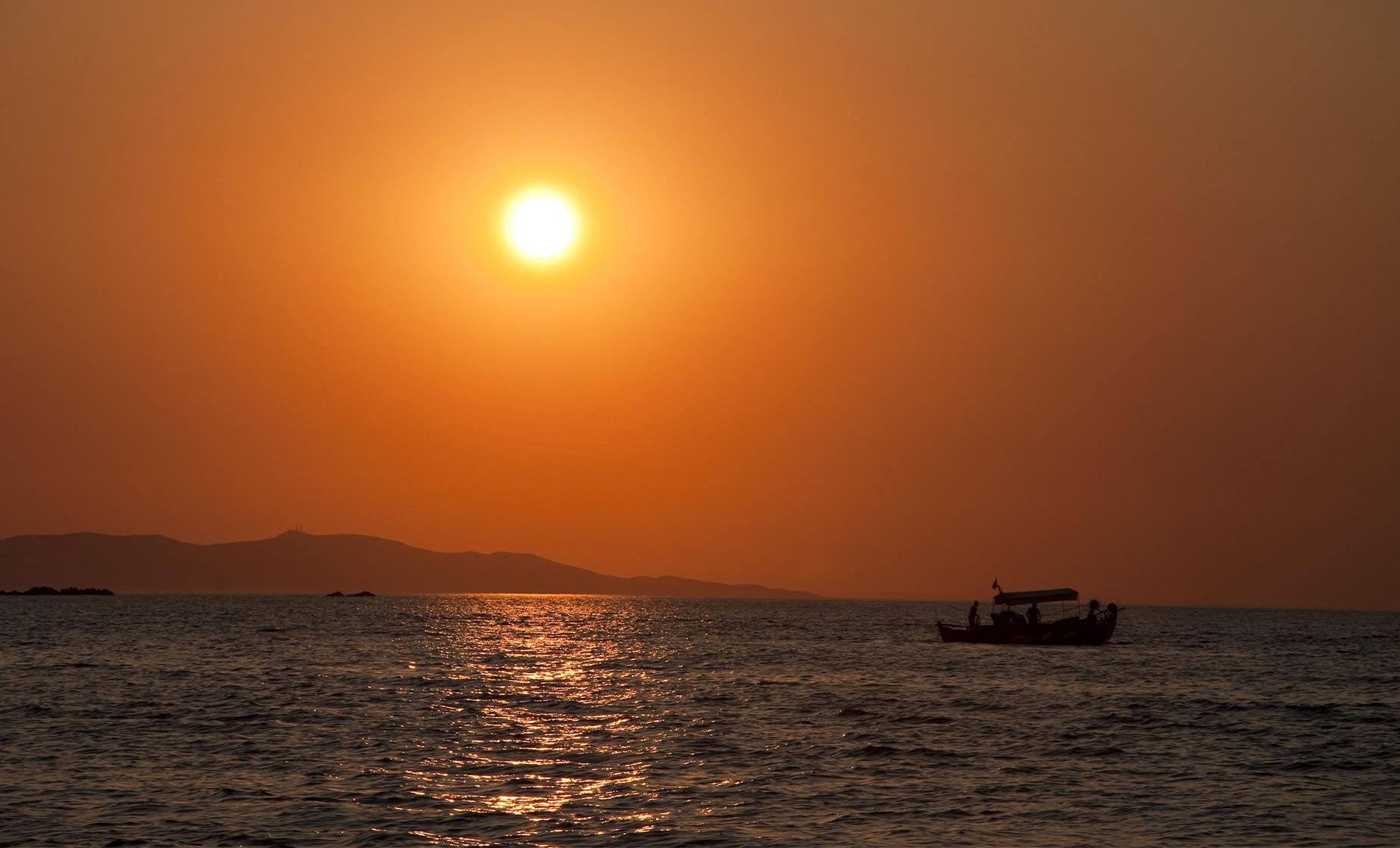 Come on board and enjoy the breathtaking Mykonian Sunset as you set sail to the Greek island of Delos located in the Cyclades archipelago. Delos was once an influential political force, and with its sanctuary to the god Apollo, a major religious center.

Known as the birthplace of the immortals, Delos is an archeological paradise and a place whose uniqueness and monumental antiquities are visited by people from around the world each year.

Nowadays, Delos reserves its uniqueness to the known world. Nowhere else in the world is there a natural insular archaeological site of this size and importance. No other islands on earth hosts so many monumental antiquities from the Archaic (8th century BC until the 5th century BC), the Classical (5th and 4th centuries BC), and the Hellenistic periods (323 BC to the emergence of the Roman Empire in 31 BC).

Setting anchor between Delos (listed by UNESCO as a World Heritage Site) and Rhenia, an uninhabited neighboring island with its own historical significance, will provide you with amazing views of the famous ruins of Dalos including the ancient theatre, the old harbor, and the ancient houses half-sunk by the rocky coast.

Restrictions
Minimum age to consume alcohol is 18 years. Guests must be able to get in and out of transportation.