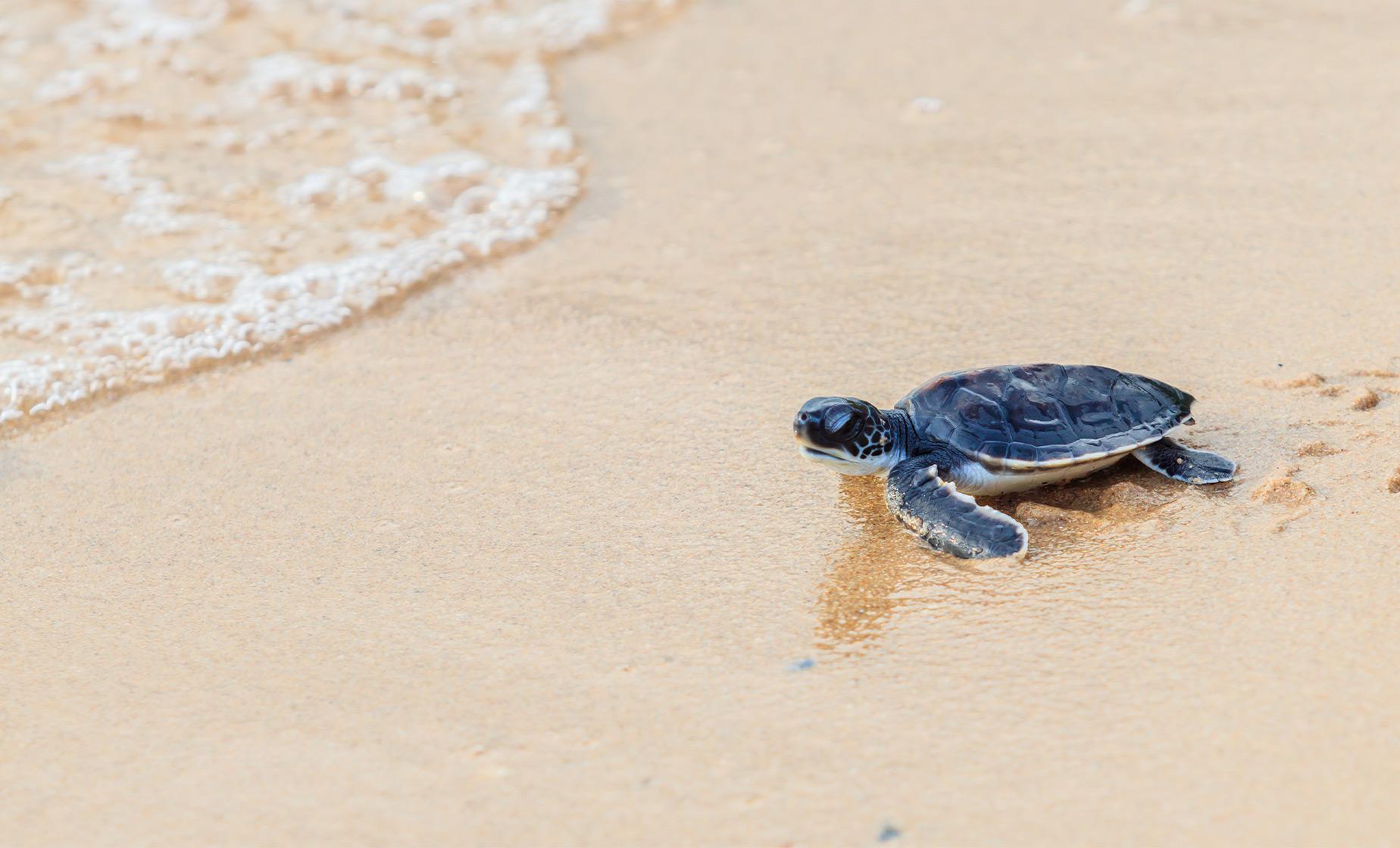 The Olive Ridley turtle is the smallest and most abundant of the 7 marine turtles and is aptly named due to the olive-green color of its shell. During this 2.5-hour intimate, small group tour you might even see a mom coming ashore to lay her eggs while participating in a hatchling release.

Puerto Vallarta is one of the most popular Mexican beach resorts and has been investing to protect the local environment by supporting local sea turtle protection programs for almost forty years.

The excitement begins as you reach the Ecotours office in Marina Vallarta and attend a sea turtle lecture on these magnificent little animals. Olive Ridley turtles, or Golfinas, grow up to 2 feet in length and are best known for their synchronized nesting in mass numbers, returning to the same beach where they were hatched to lay their eggs.

From there you will head to Banderas Bay for shore patrol, quietly combing the coast and watching the sea for any signs of a momma turtle. For a few months each year, typically between July and December, Olive Ridley sea turtles come on shore to lay their eggs in the sand. If you're lucky enough to be there when a mom appears (as the turtles do not have a set time or place to give birth), you can witness the miracle as she goes into a trance while scooping sand with her flippers and depositing her eggs before returning to the water.

Studies show that for every thousand baby turtle hatchlings only one will make it into reproductive adulthood. To complicate matters even more, sea turtles reach their reproductive maturity between 8 and 12 years of age, so they face low survival rates from the day they swim to their ocean home. As the sun sets, you will help release baby turtle hatchlings and assist them into the ocean while supporting a dedicated team of Mexican biologists working to increase the survival rate of the endangered turtles. Due to regulations you are not able to touch the baby turtles directly, but will assist them after they have been placed in a plastic container and you will then help them to the ocean to be released.

This family-friendly tour is a perfect way to get up close and personal with the conservation side of Puerto Vallarta. Book now for your turn to release baby hatchlings into the ocean.