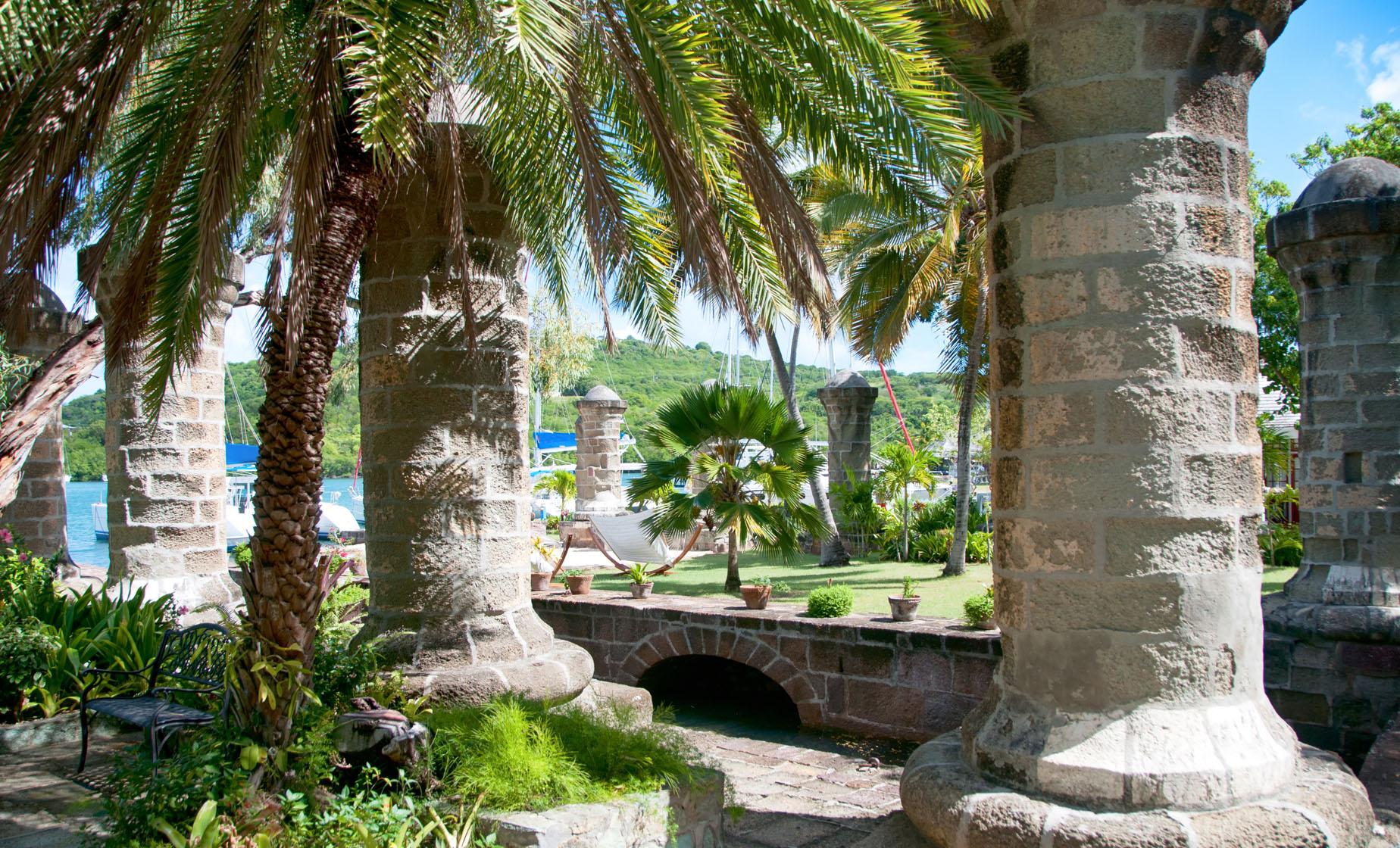 St. John's is the capital and largest city of Antigua and Barbuda, a country located in the West Indies in the Caribbean Sea, it is the commercial center of the nation and the chief port of the island of Antigua. As you approach St. John's, the skyline is dominated by the magnificently evocative white baroque towers of St. John's Cathedral. Built in 1845, the church is now in its third incarnation, as earthquakes in 1683 and in 1745 destroyed the previous structures.

Fully restored to its original splendor, the eighteenth- and nineteenth-century buildings of Nelson's Dockyard house modern amenities such as shops, hotels and marina businesses.

Depart from the pier area and take a scenic and picturesque drive through villages as you pass beaches and eventually make your way through the rainforest.

Once you have reached the dockyards you will see historic forts dotting the landscape of the park accessible by hiking trails which allow visitors to enjoy the park's scenic and natural beauty. There are endless opportunities to capture the beauty of the parks, with many glorious boats in the dockyard, the beautiful harbor, the historic sites and the unforgettable views from places such as Shirley Heights, bring your camera or you will surely have regrets that you didn't.

In the early eighteenth century, the British Royal Navy recognized the strategic importance of English Harbor in protecting ships from hurricanes and in its position at the south of the island for monitoring French naval activity. Throughout the eighteenth century, the dockyard grew in importance, as it was the only harbor in the Eastern Caribbean large enough for safe naval ship repairs. From 1784 through 1787, the British Hero of Trafalgar, Horatio Nelson, served as the captain of the H.M.S Boreas, sent to Antigua to enforce British laws in the colonies. When the restoration of the dockyard began in the 1950's, it was renamed Nelson's Dockyard in honor of the years he spent in Antigua.

Named a UNESCO World Heritage Site in 2016, today, Nelson's Dockyard provides many sites and activities for visitors to explore and enjoy. The Dockyard Museum, located in the former Admiral's House, presents visitors with exhibits regarding the Dockyard's history and current archaeological research on the island. The Copper and Lumber Store Hotel offers five-star accommodations and is a magnificent venue for special occasions. Businesses including gift shops, art galleries, and restaurants also reside in the Dockyard and demonstrate how the park preserves the area's unique cultural heritage while meeting modern needs.

Restrictions
Guests must be able to step in and out of the vehicle. This tour is NOT wheelchair accessible.

4.7 / 5  |  6 ReviewsReview This Tour
Excellent guide
We enjoyed our visit to the dockyard, although it has been developed as quite a commercial site, which obscures some of the historical value. Nearby sites were more interesting from a historical perspective. Some of the views were breathtakingly beautiful. The guide was extremely helpful and professional. One of our fellow travellers needed extra help and time; the guide was very kind and didn't rush. We also enjoyed the trivia contests in the vehicle as we travelled around.
Reviewer: Margaret Duff

Great tour
We thoroughly enjoyed this tour. Nelson’s Dockyard is in itself wonderfully restored and very interesting but what made the tour most enjoyable was the narrated drive across the island to the National Park. Our tour guide offered an interesting and informative description of the island, it’s history and it’s people with enough stops to allow us to enjoy the beautiful scenery.
Reviewer: Rosemary Gilhooly

Interesting
This tour was very informative. We learned many interesting facts about Antigua. We were the only ones on this excursion, so having our own private guide was advantageous.
Reviewer: Dennis Hamilton

Great tour
our delightful tour guides’name “P” who went above and beyond anyone’s expectations.....Nelson’s dockyard shouldn’t be missed..... or a tour with P😊😊
Reviewer: Marie B

Nelson's Dockyard
Fantastic excursion! Our driver was pleasant, funny and knowledgeable! We had a blast! Antigua was our favorite island, we want to go back!
Reviewer: Ruth Arona