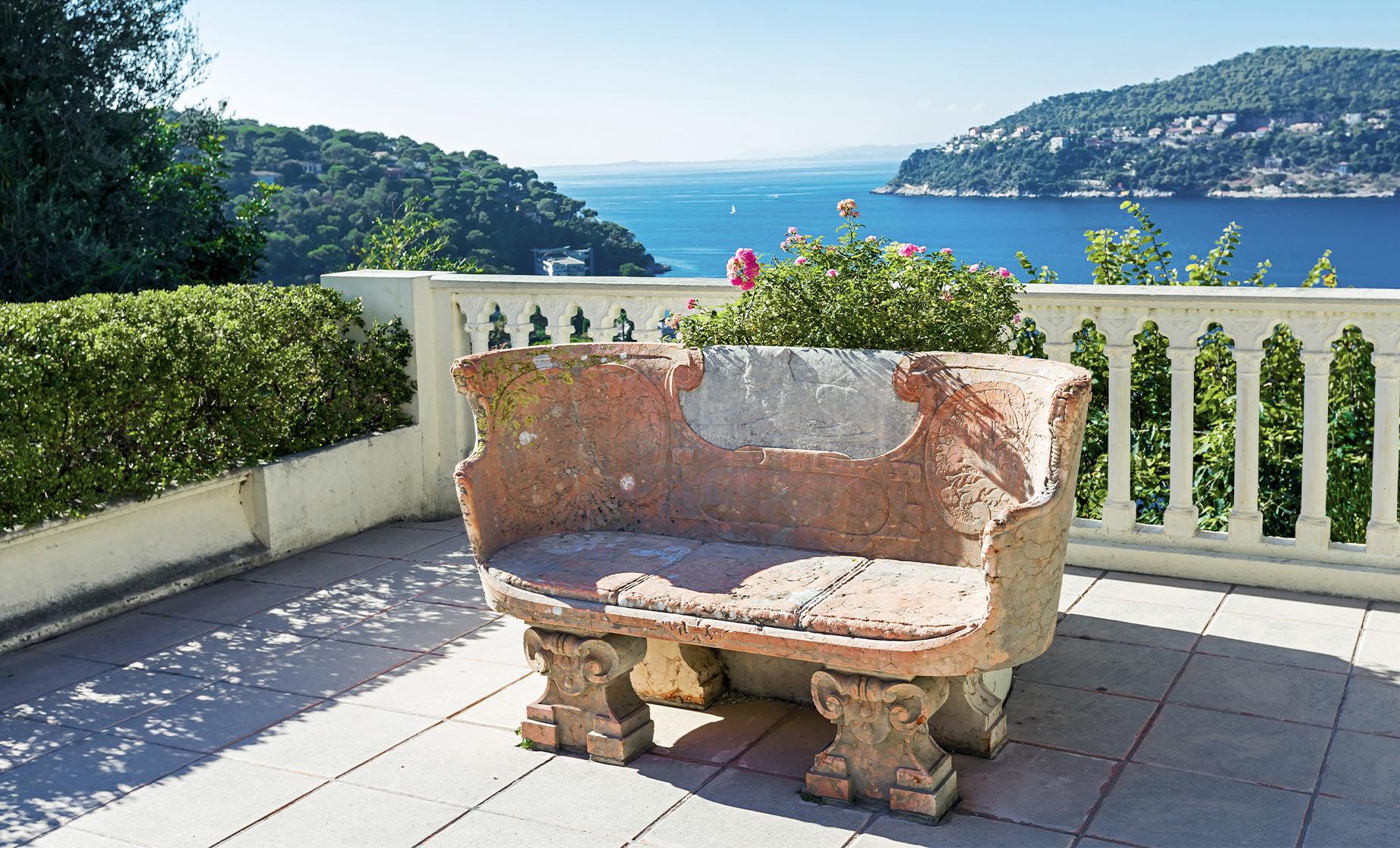 Review This Tour
From $213.00/person to $908.00/person (Select "Individuals" below) Price varies based on number of individuals in your group
Choose Options My Cruise Itinerary
Summary
Shore Excursion Size

Cruise Ship Tender Pier
Food/Beverage Provided Not Included
Recommended Dress Comfortable clothing and comfortable, sensible walking shoes are recommended. Sunglasses and sunscreen are suggested.
Restrictions Participants must be able to walk on cobblestone surfaces, inclines, and steps. The gardens are on several levels and steps are required to access them. This tour is not wheelchair accessible, and is not recommended for people who use walkers or canes. Children ages 2 and younger may attend the tour free of charge.

After meeting your professionally trained guide on the pier, you will drive along the Corniche to the exclusive Cap Ferrat peninsula where you will visit the Rothschild Foundation. The Villa Ephrussi de Rothschild is a seaside palazzo constructed in 1912 by the Baroness Beatrice de Rothschild. A member of the Rothschild banking family and the wife of the wealthy Russian banker Baron de Ephrussi, Beatrice de Rothschild built her rose-colored villa on a promontory on the isthmus of Cap Ferrat. The Baroness filled the mansion with antique furniture, Old Master paintings, sculptures, objets d'art, and assembled an extensive collection of rare porcelain. On her death in 1934, the Baroness gifted the property and its collections to the Academie des Beaux Arts.

With your guide, you will tour several of the main floor rooms and salons. Here you will see furniture from the middle ages, the Renaissance and 18th century, which was the Baroness's favorite period. You will also be able to view pieces from her outstanding collection of French and German porcelain from Sevres, Vincennes, and Meissen.

The gardens are classified by the French Ministry of Culture as one of the Notable Gardens of France. There are nine gardens, each with a different theme: Florentine, Spanish, French, exotic, a stone garden, a Japanese garden, a rose garden and a garden de Sevres, with porcelain decorations. The garden was conceived in the form of a ship, to be viewed from the loggia of the house, which was like the bridge of a vessel, with the sea visible on all sides. It was inspired by a voyage she made on the liner Ile de France, and the villa was given that name. The thirty gardeners who maintained the garden were dressed as sailors, with berets with red pom poms.

A short drive takes you to nearby Beaulieu-sur-Mer, where French archaeologist Theodore Reinach, a relative by marriage to the Baroness de Rothschild, built his Villa Kerylos in the early 1900s. The design is based on an Athenian villa built in the 2nd century B.C. on the Island of Delos. The arrangement of the rooms, the stylistic details of the decor with its wall paintings and furniture, the beautiful garden and numerous views of the Mediterranean Sea lead you back to ancient Greece. The property was gifted to the Academie des Beaux Arts in 1928 and is now a museum.

Your guide will lead you on a tour of several of the rooms on the main floor, before you rejoin your transportation for the drive back to the pier.

Restrictions
Participants must be able to walk on cobblestone surfaces, inclines, and steps. The gardens are on several levels and steps are required to access them. This tour is not wheelchair accessible, and is not recommended for people who use walkers or canes. Children ages 2 and younger may attend the tour free of charge.