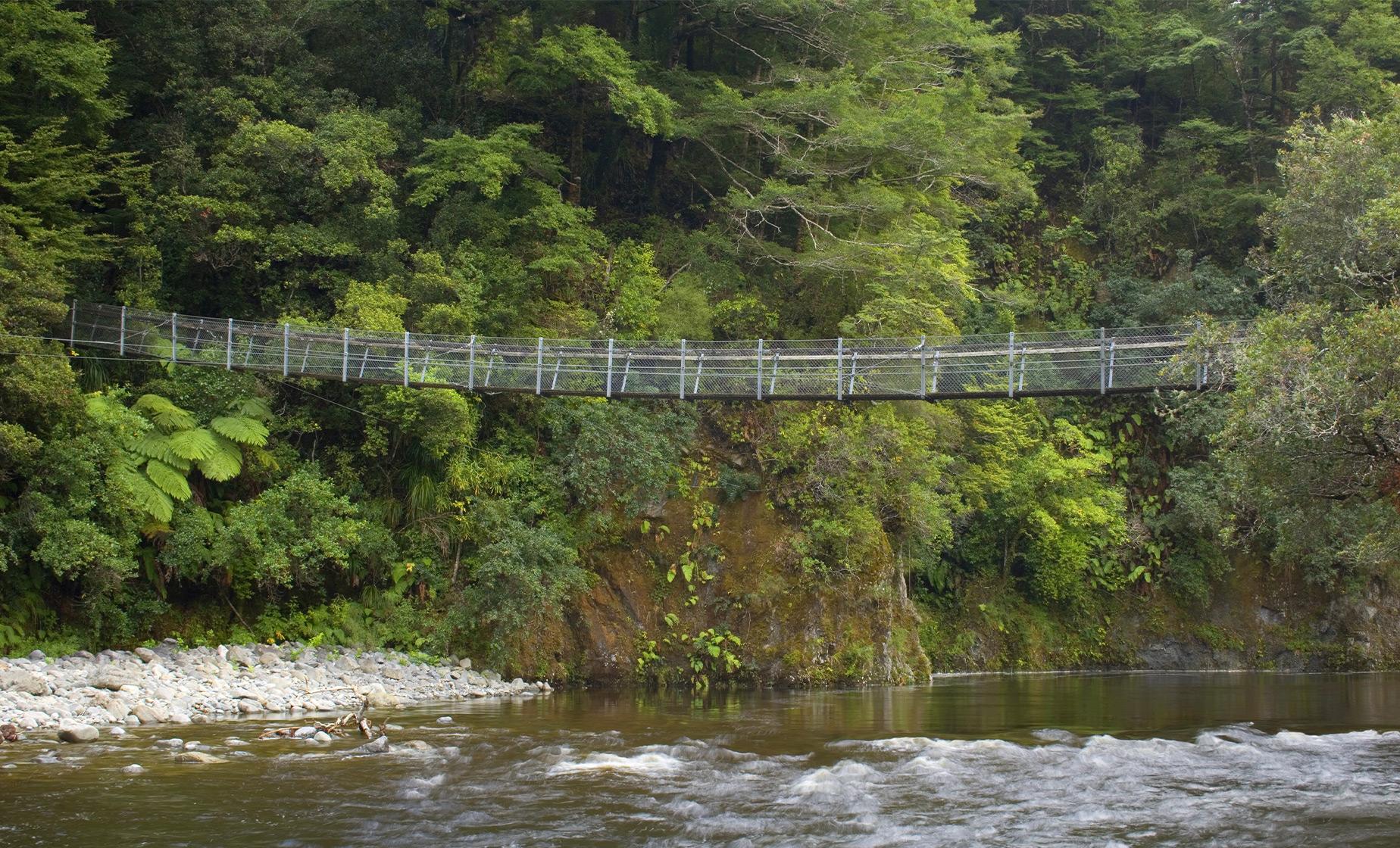 Cruise Ship Pier
Food/Beverage Provided Lunch at a lakeside hotel and wine tasting at a local winery is included.
Recommended Dress We recommend wearing comfortable clothing and sensible, flat-soled walking shoes. A hat, sunglasses and sunscreen are suggested. Some guests may appreciate a light jacket.
Restrictions Guests must be able to walk 1.5 miles over paved, gravel, and packed dirt surfaces. There are several steps at some of the sites.

Your tour will first take you from Wellington to Kaitoke Park, which you might recognize as Rivendell. See where Frodo recuperated from his sword attack by the Ringwraiths and, if you're feeling adventurous, cross a swing bridge suspended over the rushing river below.

Leaving Rivendell, your guide will point out the relevant history of landmark sites and locations, as you travel through the remarkable Rimutaka and Tararua Ranges. The Rimutaka Range (often referred to as the Rimutakas) is one of several mountain ranges in the North Island of New Zealand, which form a ridge running parallel with the east coast of the island between East Cape and Wellington. The ridge is at its most pronounced in the southern part of the island, where it consists of the Ruahine, Tararua, and Rimutaka Ranges.

You will pass through the charming towns of Featherston and Martinborough towards Lake Ferry, where you will stop for a light lunch at a rustic lakeside hotel. After lunch, you will continue your journey passing through the sleepy fishing village of Ngawi towards Cape Palliser Bay, for a very unique close encounter experience of New Zealand's largest fur seal colony. You will also have the option to walk 250 steps up to the Cape Palliser lighthouse.

On your return to Wellington, there will be a stop for wine tasting of world-renowned wines in Martinborough. John Martin is regarded as Martinborough's founder and set out the first streets in the pattern of the Union Flag in the 19th century. Many of the town's streets are named after foreign cities visited by Martin. Before Martinborough was established the southern part of the region was known as Waihenga, a point that seems to be lost at times in the history of the district. A feature is the colonial architecture, one example of which is the historic Peppers Martinborough Hotel, built-in 1882.

See our FAQ for more information.