Best of Halifax and Peggy's Cove 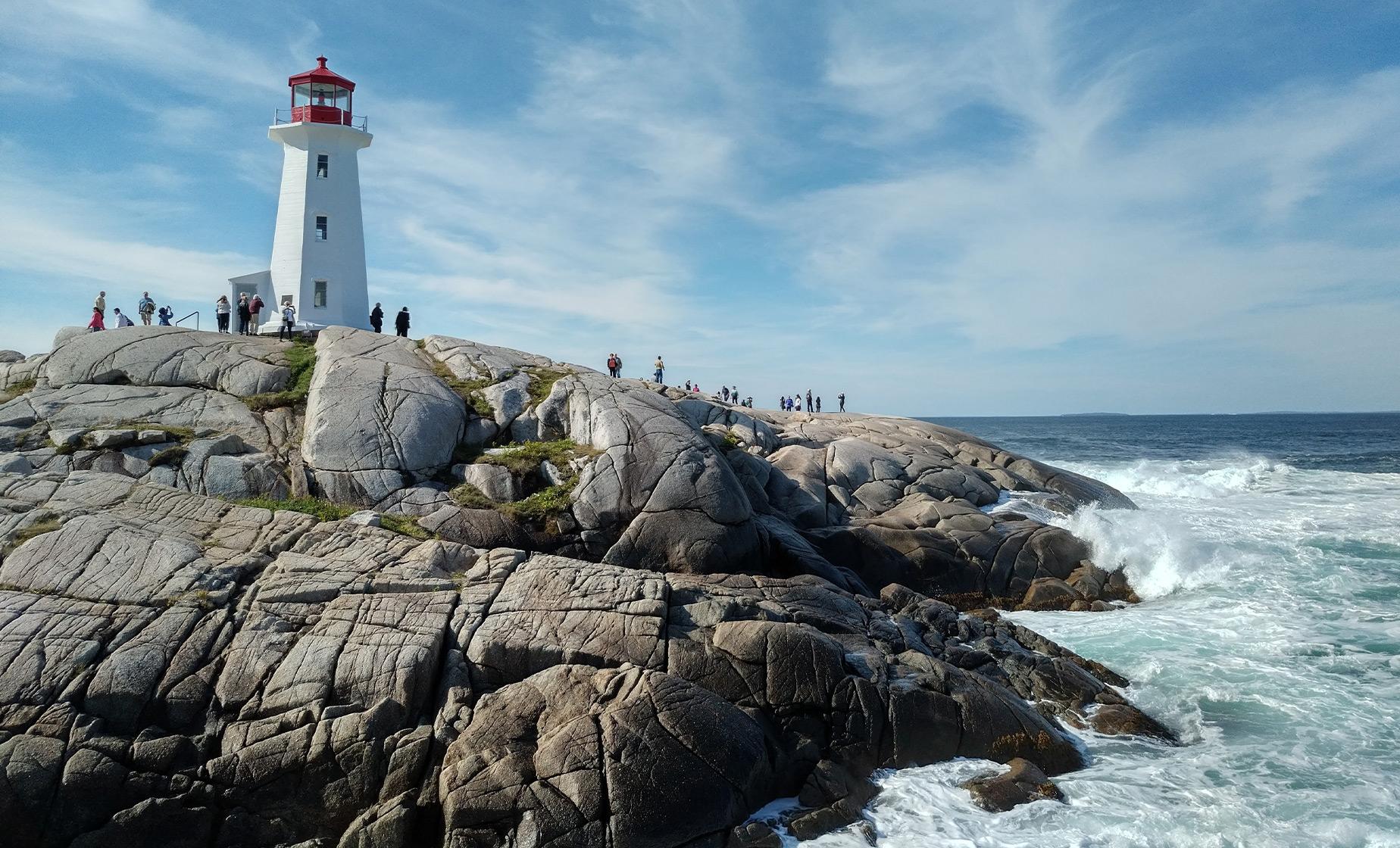 Cruise Ship Pier
Food/Beverage Provided No
Recommended Dress We recommend wearing comfortable clothing and sensible walking shoes. Most days at Peggy's Cove can be cool, so dress appropriately for cool ocean breezes.
Restrictions This tour is not wheelchair accessible, and is not recommended for guests with limited mobility.

It's The Best of Halifax to Peggy's Cove!

Your journey begins with a highlight tour of Halifax, located in the coastal region, the largest city east of Montreal and the capital of Nova Scotia. Founded in 1749 to protect British interests in North America, Halifax is steeped in maritime history. Among the highlights on this portion of the tour is the Grand Parade Square, the central square of the original town. St. Paul's church, situated in the square, is Canada's oldest Anglican Church.

Another highlight of the tour is West Dover. This small fishing community with a charming and quaint setting has a population of around 275. From there, the tour continues along the scenic coastal route to Peggy's Cove. One of Canada's most visited places, with its lighthouse perched on the edge of the ocean and quaint fishing village, Peggy's Cove attracts thousands of visitors each year. Nestled on the rocky shoreline of St. Margaret's Bay, the area offers spectacular, world-famous scenery.

You will see the Devonian Granite Rock Formations which influence much of the landscape around Peggy's Cove. These huge 350- to 415-million-year-old boulders were scattered by retreating glaciers about 10,000 years ago at the end of the last ice age. Almost unreal, they appear to be growing out of the fields of moss and shrubs.

During the drive back to Halifax, a photo stop will be made at the Halifax Citadel. The hilltop location offers visitors a panoramic view of the harbor and the city.

4.6 / 5  |  244 ReviewsReview This Tour
Halifax and Peggy's Cove
The tour commentary was interesting, and the tour was well organized. We especially enjoyed our stop at Peggy's Cove. We had time to shop, walk to the lighthouse, and have a tasty snack. The tour price was very reasonable compared to the ship offered tours.
Reviewer: Sheryl

Peggy's Cove
Scenery spots in Halifax and enjoyed ride to Peggy’s Cove. Had plenty of time at Peggy’s Cove to enjoy that area and taking many pictures. I want to visit one more time.
Reviewer: Grace

Halifax, Peggy’s Cove
We were able to see the major highlights of Halifax, enjoyed ride to Peggy’s Cove. Driver was knowledgeable and provided historic commentary on the route. Had plenty of time at Peggy’s Cove to enjoy that area.
Reviewer: Karla

Peggy's Cove
This was a great excursion to get a taste of Halifax and Peggy's Cove. The guide was very informative and told us interesting facts about the history of the area. Unfortunately, it was raining that day,but I would recommend this excursion.
Reviewer: JACQUELINE LOMBARDO

Wonderful Day
Although it was a rainy day, this was an outstanding excursion. The driver was extremely friendly and the guide was very knowledgeable and informative. Would have like a little more time at Peggy's Cove, but all in all it was a wonderful day.
Reviewer: Jacqueline Skates