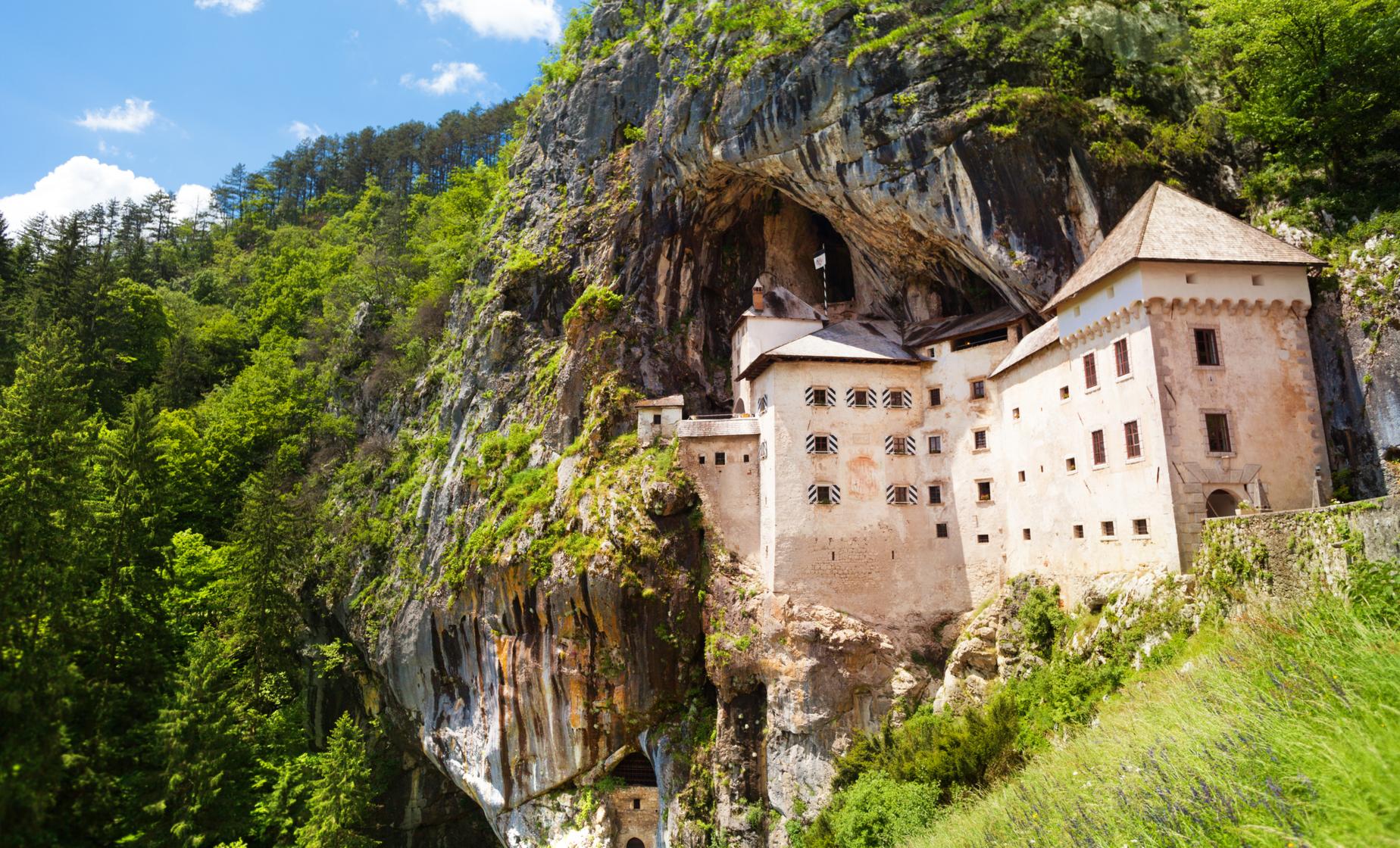 After you board your comfortable coach at the pier, you are on your way to Postojna Cave, the queen of all caves, and the best-known cave in the world.

Upon arrival you will see for yourself the greatest tourist attraction in Slovenia and one of the world's largest karst monuments. This is the only place in the world where the underground landscape can be traversed on an electric train and where you get to meet this underground kingdom's most famous inhabitant - the proteus (olm) - up close.

Experience the fantastic web of tunnels, passages, galleries and halls. Marvel at the astonishing diversity of the karst features and have easy access to all of the main areas of the cave where you will soon understand why this is such a popular tourist destination, more than 36 million visitors in over 200 years.

The Predjama Castle reigns over the surrounding area, not far from the Postojna Cave, in the idyllic village of Predjama. This picturesque, magnificent, defiant, mysterious and impregnable castle has been perched in the middle of a vertical 123-metre high cliff for more than 800 years. Its romantic appeal is further emphasized by the idyllic Lokva River, which disappears into the underground world deep down below the castle.

As the only preserved cave castle in Europe, the Predjama Castle offers a unique insight into the building techniques and resourcefulness of people in the Middle Ages, who were looking for and found a safe harbor for themselves directly at the entrance into the cave. During a siege that took place in the15th century, the castle provided a refuge for its best known and most notorious owner, Erazem of Predjama. The legend about the courageous robber baron Erazem, who remained undefeated until one of his servants betrayed him, is still in people's minds, inspiring and alluring as ever. It was this safe abode of his which helped the brave knight resist the besiegers without much difficulty for more than a year.

Please Note: All guests must have their passport at all times.

5.0 / 5  |  3 ReviewsReview This Tour
Well worth it to explore Postojna Cave and Predjam
Predjama Castle was very unique. A castle in the side of a cliff was not a let down. The taped narratives of many sites inside the castle was very informative. Postojna Cave will not be a disappointment! Wow! So Eminence & captivating. It would be awesome to attend a concert in the cave!!
Reviewer: James & Jackie Bates

Castle and cave
All nine members of our party really enjoyed this excursion. Do be aware that if you go with a fairly large group, like we did, that you'll want to keep track of your party members in the castle. It is large and sprawling and the tour is self- guided with headphones and narration in the language of your choosing. There are no clocks and a limited amount of time, so you don't want to lose anyone due to dawdling. The cave is immense and beautiful, but COLD. Do yourself a favor and bring a sweater or coat.
Reviewer: Laura Rogers

Loved it!
This was probably the highlight of our trip! Amazing! Our guide was fantastic and we only had the two of us. Loved this tour so much!
Reviewer: Lori Spoelstra