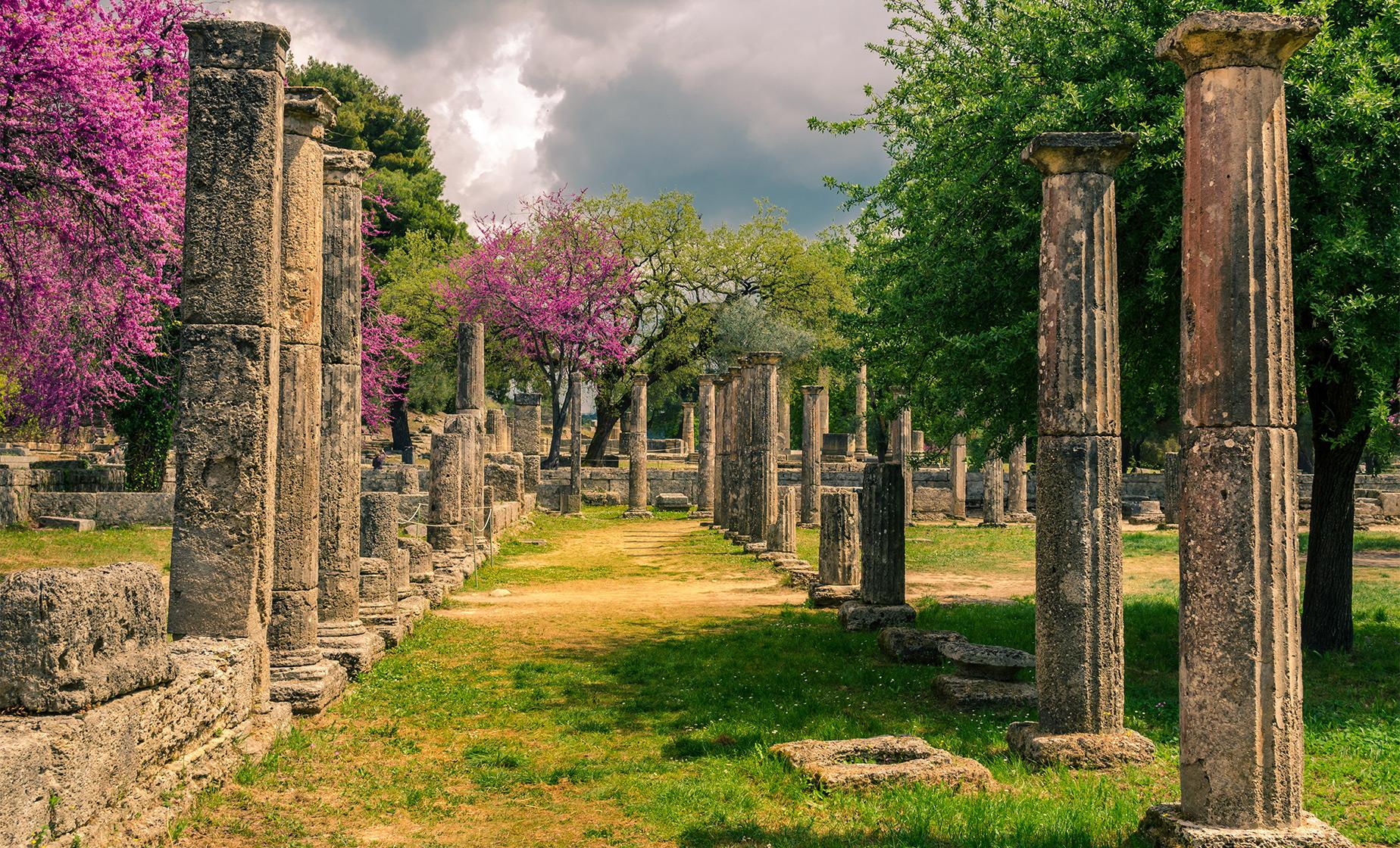 Your private journey to the birthplace of the Olympic Games with a scenic drive through picturesque villages before you reach Olympia where you will start your tour by visiting the Sacred Altis. Without a doubt, the elegance of the Temple of Zeus will impress you as will the fact that one of the seven wonders of the ancient world, the gold-ivory statue of Zeus, was once housed here.

The sculptor Phidias who made the statue had his workshop in Olympia. A Byzantine church was erected on top of the workshop and its remnants can be seen today. The Altis also encompasses the Prytaneion magistrate's residence, the Philippeion, an offering of Philip of Macedonia after his victory at Chaeronia and Hera's temple which served as a perfect setting for the famous statue of Praxiteles' Hermes perfectly preserved and now housed in the nearby museum.

Around the Altis, see the twelve Treasuries, small buildings erected as offerings by the city-states of Greece. Walking past the treasuries is the world-famous Stadium accessible through a vaulted entrance, the largest of its kind seating 20,000 people which was used as the stadium for the hammer throwing event in the 2004 Olympics. Continue to the Gymnasium, the Vouleuterion and the Leonidaion which served as a kind of hostel for the visitors of the games.

You will depart Ancient Olympia and spend free time in the village of Olympia. After a short drive you will reach a family estate where you will have the chance to have a tour of the vineyards in order to learn about the different varieties of grapes as well as the cultivation process. The tour continues in the area of production and standardization where you will have the opportunity to become acquainted with a modern winery production which produces superior quality and reliable products. You will then make your way back to the estate for a delicious wine tasting of a few of the different varieties along with olive oil that is also produced on the premises.

After visiting the winery, you will return to the port area and your ship with memories you will have made that will last a lifetime of this very special, intimate day in Greece.

Restrictions
Minimum age to consume alcohol is 18 years. Guests must be able to walk over cobblestones and uneven surfaces, inclines and steps. This tour is not wheelchair accessible, but walkers can be accommodated.