From $166.00/person to $1108.00/person (Select "Individuals" below) Price varies based on number of individuals in your group
Ages 3 and under are free. 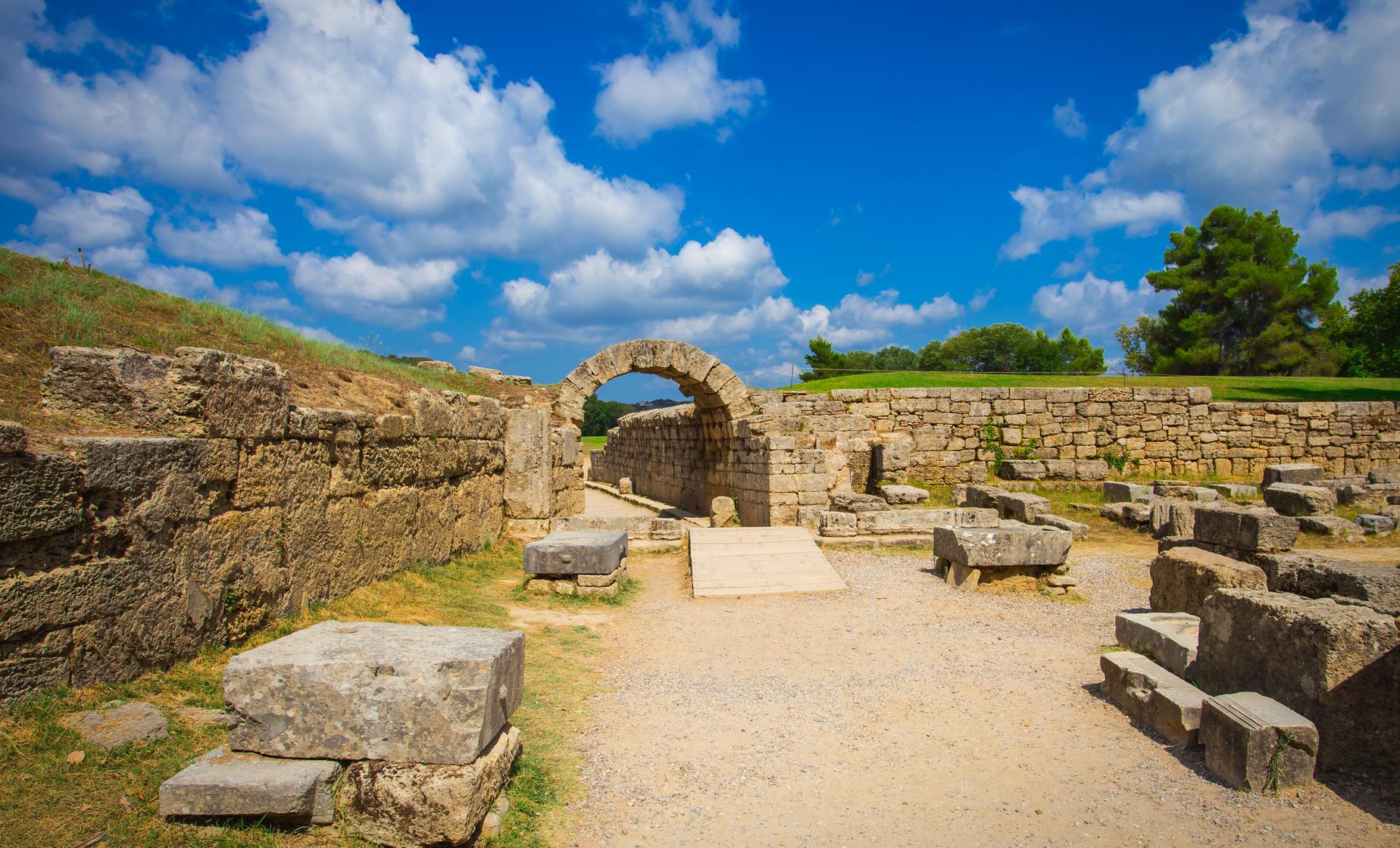 Upon leaving the small fishing village of Katakolon, you will travel 25-miles through the countryside before reaching the ancient site of Olympia.

Olympia is one of the most famous sites of all the ancient Greek sanctuaries hosting the Olympiad every four years for over 12 centuries. Here you will find an expansive area of ruins scattered among low hanging trees dating from the Bronze Age (3000 BC - 1200 BC) through the Byzantium (330 BC - 453 CE). An impressive array of artifacts unearthed during excavations are on exhibition at the nearby Olympia Museum.

The most imposing monument in this area was the outstanding Temple of Zeus, one of the seven wonders of the ancient world. Today, you'll only find the ruins of the temple, and the gold and ivory statue has disappeared, but you can imagine how grand it was. Broken columns of the Temple of Hera and remains of other monuments still rest in the once sacred grove. You can enter the famous Stadium, through a long tunnel-like passage and stand where many ancient athletes competed.

After your visit to Olympia, you will drive through picturesque villages and unspoiled scenery before arriving at the Domaine Mercouri Winery, the second oldest estate in Greece known for its wines of supreme quality. Upon arriving, you will meet the owners before touring the 90-year old winery and sampling rare and prize-winning white and red wines.

Along with the production of magnificent wines, the estate sits on one of the most picturesque plateaus in the Ichthys peninsula; a wine-producing region for thousands of years. It is here that the first Refosco grape was planted after being imported from Italy. The original family residence and small private church remain while the old stable block houses a collection of local artifacts. There is also a small store on the grounds selling estate wines and olives allowing you to savor the taste of the estate long after you depart.

The tour includes transportation to/from Olympia and the Domaine Mercouri Winery, entrance fees, and wine tasting. Souvenirs and snacks beyond those provided in the cost of the trip will be at your expense.

There is no better pairing than ancient Greek monuments and locally produced wines.

Restrictions
Minimum age to consume alcohol is 21. Guests must be able to walk over paved, gravel, stones and packed dirt surfaces. Many are uneven and/or on inclines. There are some uneven steps. This tour is not wheelchair accessible. WC facilities are available at the Archaeological site.