From $22.00/person to $296.00/person (Select "Individuals" below) Price varies based on number of individuals in your group 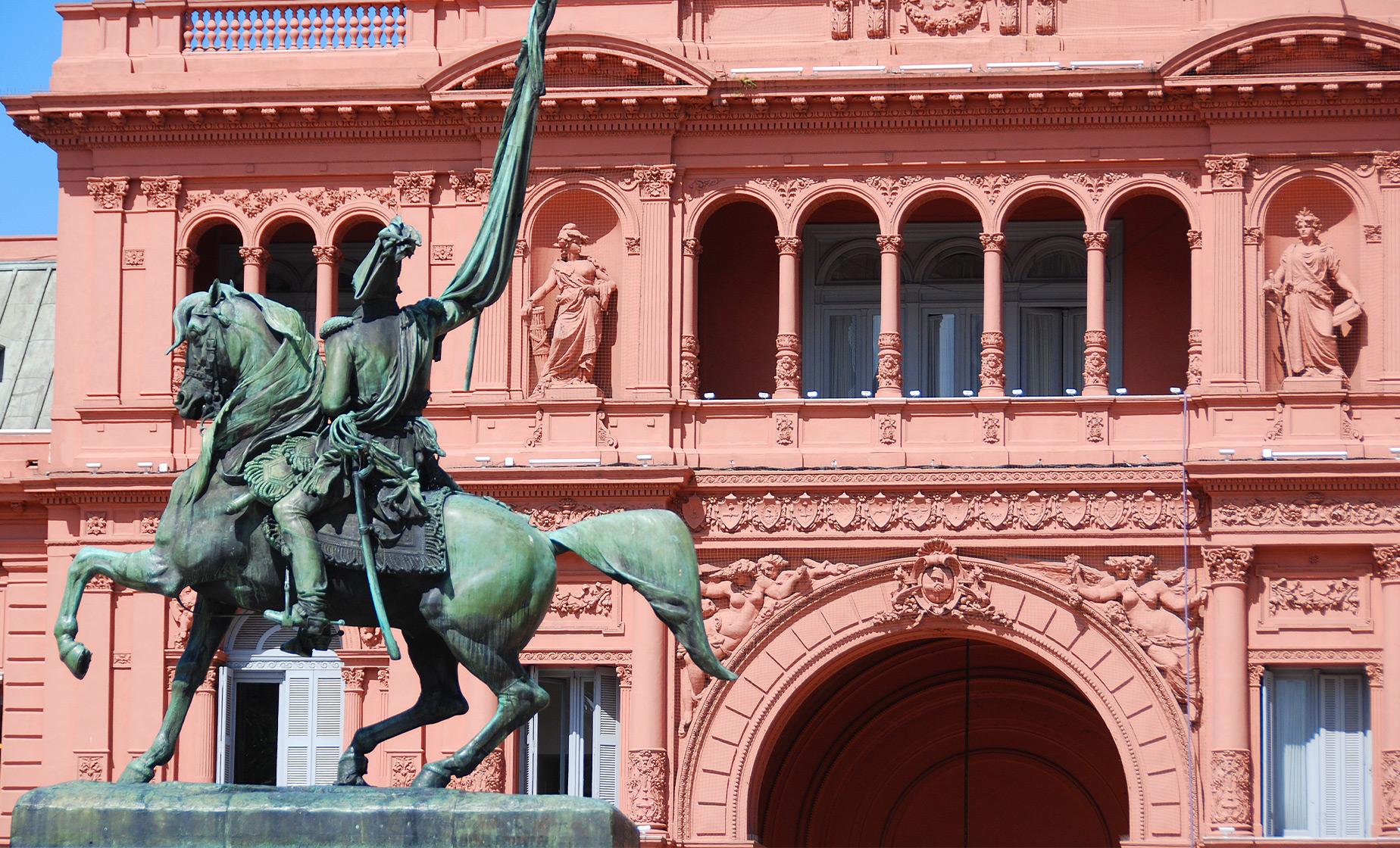 Skip the crowds on this private tour of Buenos Aires. Your scenic half day tour of Argentina's capital showcases the city's spacious parks, fashionable shops, and famed architecture. Only your select guests and a knowledgeable tour guide will accompany you on this adventure. From motoring by the vibrant Caminito street museum in the renowned La Boca barrio, where the first Italian immigrants settled in 1851, to driving along the the world's widest boulevard, the city's Latin flavor and European structural influences will absolutely amaze you.

Buenos Aires is the most popular travel destination in South America. After visiting these must see tour sites, you will know why. Plaza de Mayo is the heart of this capital city and the site of the May 25, 1810 revolution, which led to Argentina's independence. It's now the country's political hub, bordered by La Casa Rosada, a baby pink building, and office of the Argentine President.

Equally astounding is the 19th-century Neoclassical facade of the Metropolitan Cathedral (housing the Mausoleum of General San Martin, the primary leader responsible for Argentina's independence) and the regal Cabildo (the Colonial Town Hall). These sights will remind you of a European capital enhanced by Argentine style. Then there's the giant Obelisk of Buenos Aires, a National Historic Monument marking 100 years of government. This impressive structure is surrounded by an LED light district reminiscent of New York City's Times Square. The Buenos Aires entertainment industry movers and shakers can be seen there.

Speaking of entertainment, no visit to Buenos Aries is complete without visiting the tomb of the remarkable political leader Eva (Evita) Peron at the La Recoleta Cemetery. And for the grand finale, you'll continue driving through the glamorous Recoleta Quarter, home of Buenos Aires's exclusive shops, art galleries, and restaurants prior to returning to the ship.

Buenos Aires is a cultural South American mecca; it has the highest concentration of theaters in the world. For first time visitors, this Buenos Aires tour is a total delight. Bring an appetite for adventure, and the optional camera, on this comprehensive and convenient private tour of Argentina's magnificent metropolis.

Recommended Dress
Comfortable lightweight seasonal clothing and walking shoes are recommended. Guests should bring sunscreen and a hat. A light sweater may be needed for the winter months in the evenings. Good quality sunglasses are advised, and photo-chromatic lenses for those who wear spectacles. If you plan on entering the Cathedral, shoulders and knees must be covered.

Restrictions
Participants must be able to get in and out of the vehicle. This tour can accommodate a foldable wheelchair.