Private Florence on your Own

From $205.00/person to $575.00/person (Select "Individuals" below) Price varies based on number of individuals in your group 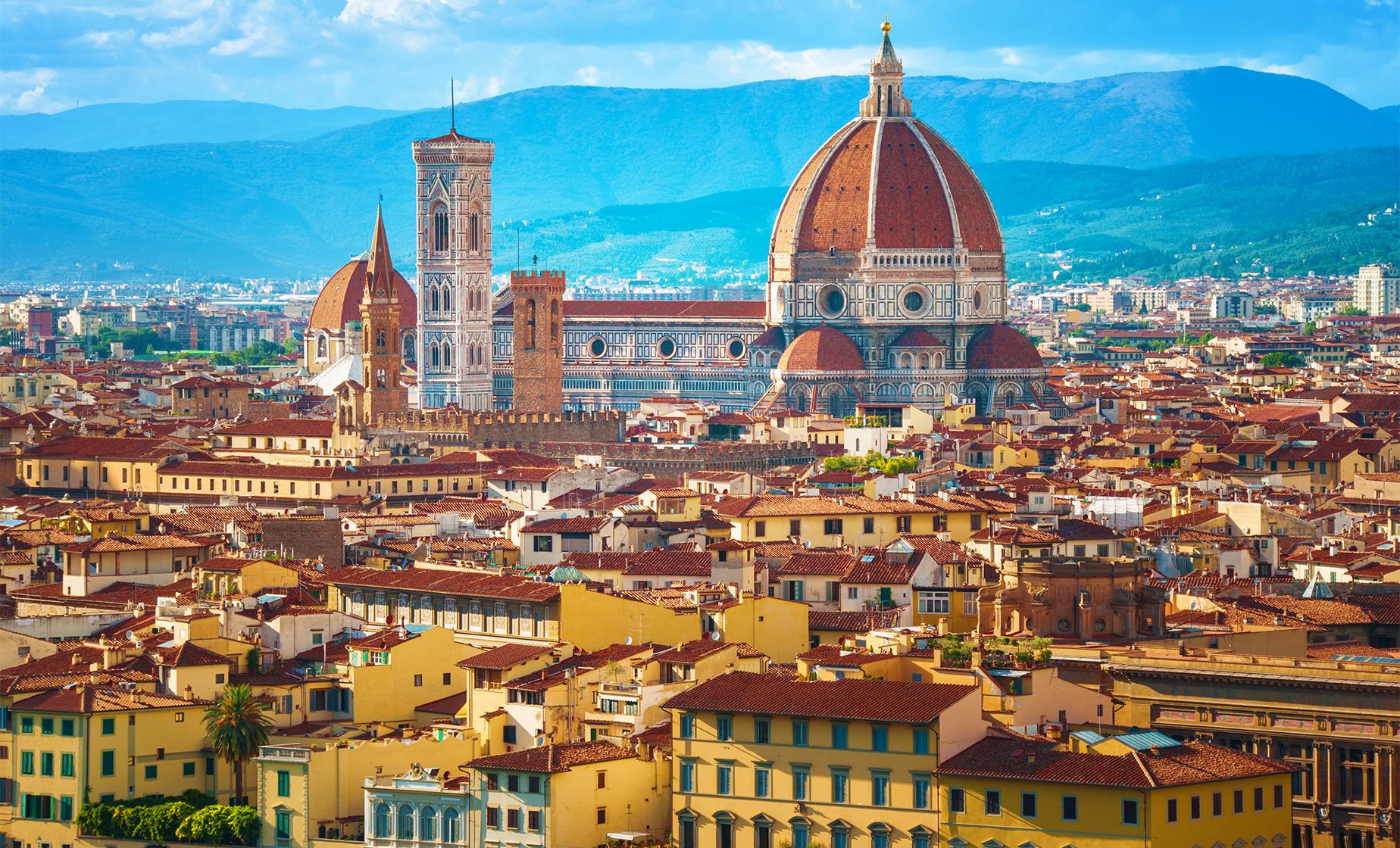 A city of many layers, Florence is a living, breathing Medieval city that is home to proud Florentines. Stomping ground of Michelangelo, Leonardo Da Vinci, Dante, and Machiavelli, its cultural importance can't be overstated. It is also home to three of the world's most renowned museums: the Uffizi, Galleria dell'Accademia, and the Bargello. Florence boasts an incredible number of important churches, which house equally important masterworks. Sights such as the Ponte Vecchio, the Boboli Gardens, the Pitti Palace, and the Duomo are but a few of the city's many offerings.

A walker's city, the center of Florence is a compact labyrinth of alleys and piazzas. Comfortable shoes are a must! After meeting your driver in Livorno, you will set off on the 90-minute drive to tour Florence. You will be given a detailed map of the historical center, so that it will be easy to move around on your own on this Florence excursion.

Before arriving in town you will stop at Piazzale Michelangelo, a wide terrace from where it is possible to admire one of the most superb views of the city nestling in the Arno valley, surrounded by gently sloping hills. In the center of the square stands the Monument to Michelangelo (1875) with a bronze reproduction of the four statues depicting Day, Night, Dawn, and Dusk, dominated by the statue of David. On the hill behind Piazzale Michelangelo stands the Church of San Miniato al Monte.

You will then be dropped off at a spot near the Piazza Santa Croce, which is going to be your meeting point later in the day for the drive back to the port of Livorno. Your free time in Florence is approximately six hours.

Please Note: The National Museums of Italy are closed on Monday. These include the Uffizi Gallery, the Academy of Fine Arts, and museums housed in the Piti Palace.

Recommended Dress
If you plan to be visiting a religious or memorial site, shoulders and knees must be covered. Comfortable flat-soled walking shoes, sunscreen, and sunglasses are recommended.

Restrictions
Walking is at guests' discretion. The center of Florence is predominately pedestrian streets. Most surfaces are cobblestone or paved.

Reviewer: Elaine Sinnock
We had a driver named Franco who spoke English. He was very friendly and knowledgeable. We enjoyed the commentary he provided. He drove us to Pisa and Florence, attempting to get us as close as possible to where we wanted to go. I would definitely use him again. We enjoyed the excursion immensely.