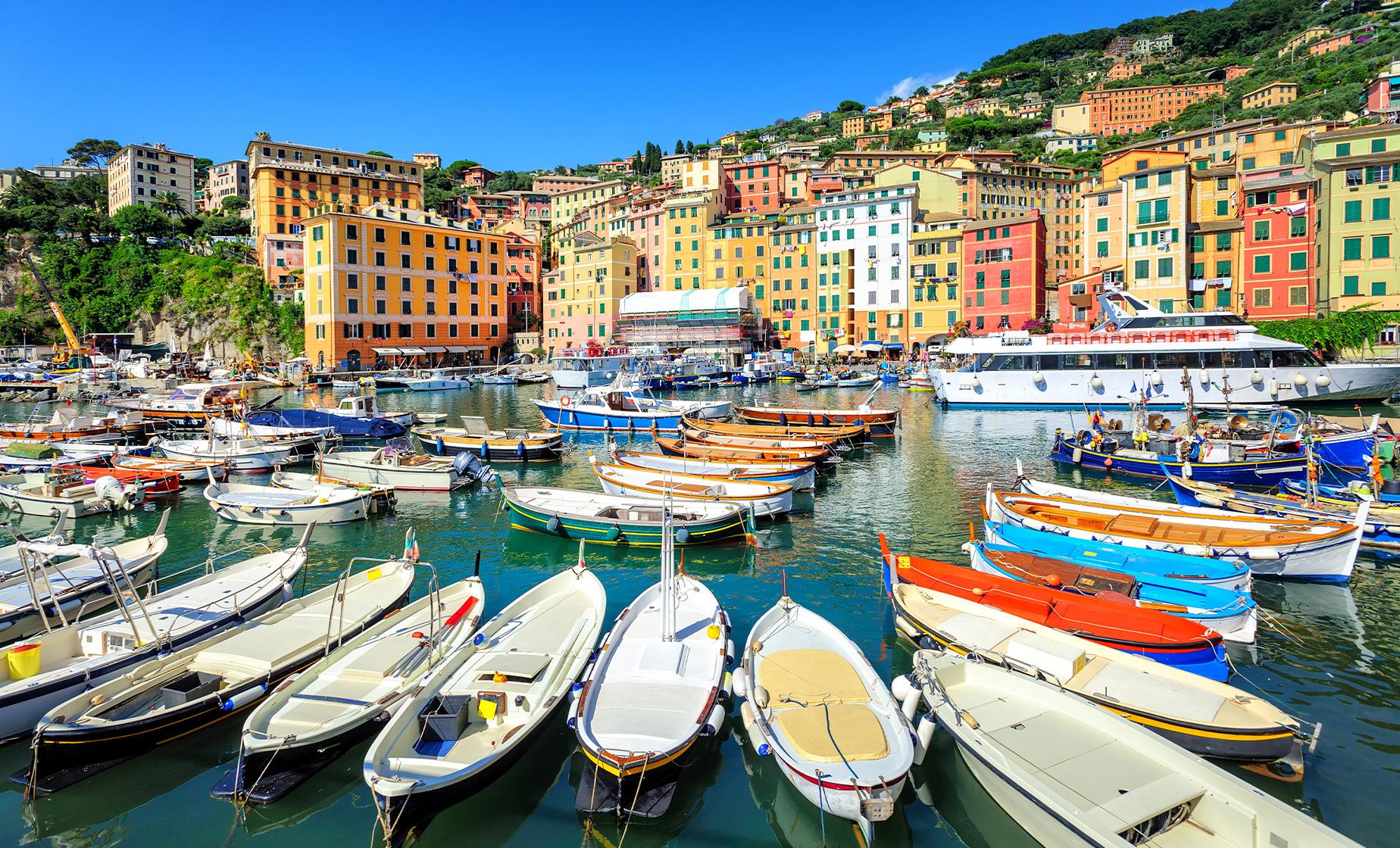 Review This Tour
From $130.00/person to $689.00/person (Select "Individuals" below) Price varies based on number of individuals in your group
Choose Options My Cruise Itinerary
Summary
Shore Excursion SizePrivate
Shore Excursion TypeCultural, Scenic
Shore Excursion Duration8 Hours
Activity LevelEasy
Shore Excursion Leaves FromArrival gate at the cruise port.
Food/Beverage ProvidedNot Included
Recommended DressWe recommend wearing comfortable seasonal clothing and walking shoes.
RestrictionsParticipants must be able to get in and out of the vehicle. This tour can accommodate up to 2 wheelchairs with advanced notice.

Departing from the Port of Genoa, this day-long private vehicle tour takes you along the breathtaking coast of the Italian Riviera, through the Medieval fishing village of Camogli, and into the heart of historic Genoa.

On the morning of your tour, your personal driver will pick you up in a luxurious private vehicle to begin your sightseeing trek along the coast of the Ligurian Sea on the Italian Riviera. In less than an hour, arrive in Camogli, a quaint Medieval village of fishermen and sailors. Lining the shore, you'll find centuries-old buildings painted in bright hues of pink, yellow, and green. Walk through the village among the fragrant wild rosemary and lavender, citrus and olive trees, under boughs of myrtle and laurel. Purchase a sample the village's famous focaccia bread, heralded as the best in the world, before boarding a ferry for a short ride across the bay to San Fruttuoso. Upon arriving, you'll discover the secluded seaside Abbey of San Fruttuoso, originally built in the 10th century by Greek monks. Wander its ancient patios and terraces and take in the spectacular view of crystal blue water and dramatic cliffs beyond the cove. You'll have time to purchase a leisurely lunch at one of the village's picturesque cafes as you savor the tastes of Italy.

In the afternoon, meet your driver for your trip back up the coastal road to Genoa, where you'll have the opportunity to take in the city's most important sites. Situated in the heart of Genoa, the Piazza Ferrari is an incredible and newly restored fountain. Wander into the Palazzo Ducale, a 13th-century palace that was once home to the Doges of Genoa during the Holy Roman Empire. Today, it's a museum where you can marvel at the restored frescoes and incredible art exhibits. Take a stroll along the cobblestones of the Via Garibaldi in the historical center of Genoa and stop at one of the many cafes housed in the 16th century palazzos that line the street. Finally, take in the view from the Belvedere Catelletto, a raised walkway along an ancient aqueduct featuring gorgeous panoramas of Genoa. Then you will meet your driver for the short trip back to the Port of Genoa.

This day-long private tour of Genoa and Camogli is a must during your stop along the Ligurian Sea. Be prepared to be charmed by the astonishing scenery, historic architecture, and wonderful cuisine found only in Genoa.

Restrictions
Participants must be able to get in and out of the vehicle. This tour can accommodate up to 2 wheelchairs with advanced notice.