From $38.00/person to $653.00/person (Select "Individuals" below) Price varies based on number of individuals in your group
Ages 3 and under are free. 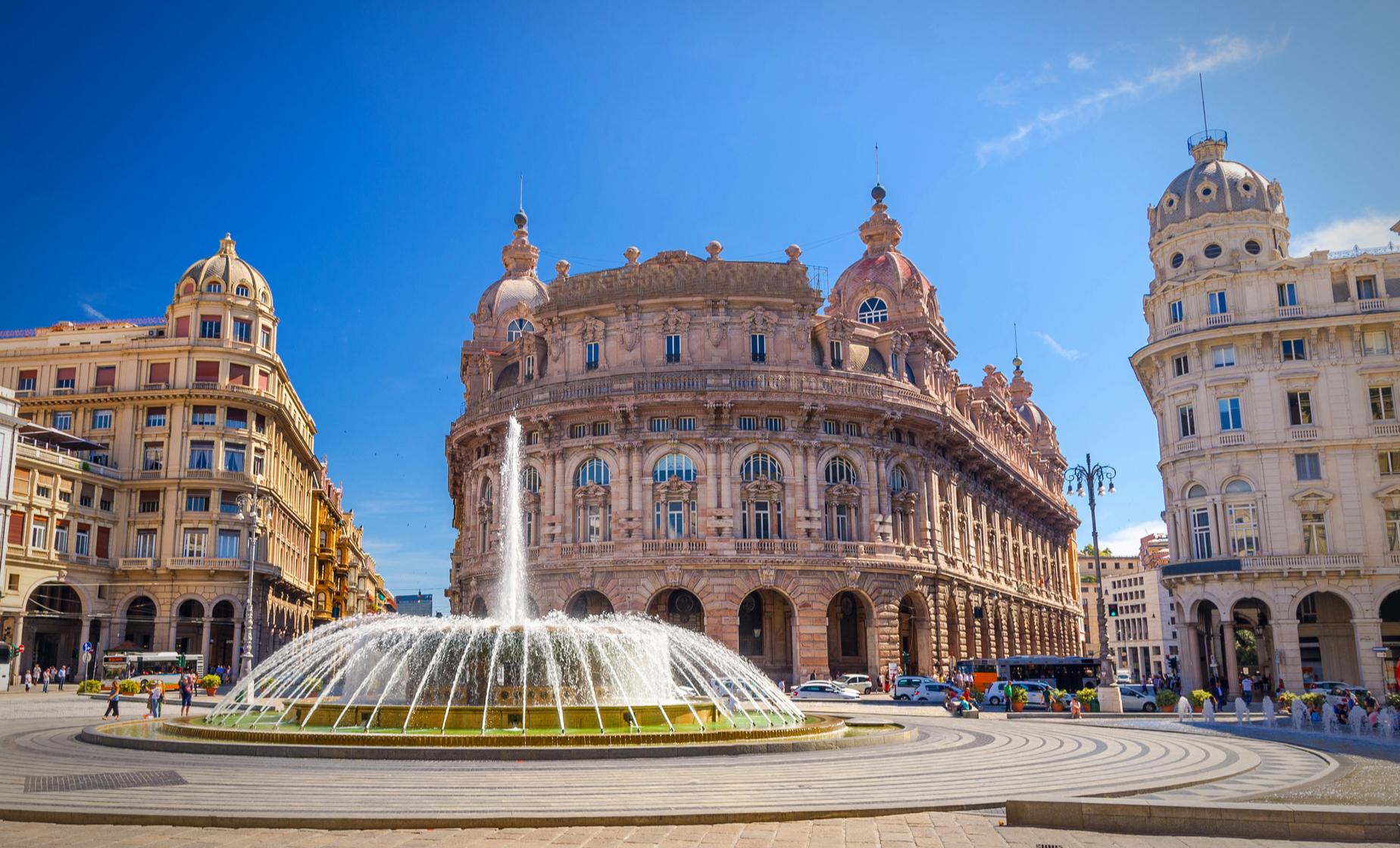 The excitement begins as your local guide takes you on a panoramic drive around Genova, a prominent 13th century port city that today is quickly becoming a hot spot for tourists visiting its bars, museums and fashionable shops. Admire the pastel-colored buildings dotting the cliffs as you wind your way around the long, curving waterfront.

Stop to grab some photos at Castelletto's popular terrace perched high above Genova's city centre, then go down into the city to the Piazza della Vittoria, long regarded the city's most important square. Here you will discover the Arco della Vittoria, an intricately decorated monument dedicated to the fallen of the First World War, with the staircase to the Unknown Soldier nearby. Also nearby is the house-museum of Christopher Columbus, an 18th century reconstruction of the building that was demolished during the French bombings of 1684. You will also find the 12th-century cloister of the ancient Romanesque monastery of Sant'Andrea next door.

You will be dropped off in Piazza De Ferrari, Genoa's main square, to enjoy an easy walk down the city's main street, the Via San Lorenzo. Pause to see Ducal Palace, the Doges' residence since 1339, then your attention will turn to the striking San Lorenzo Cathedral. This 9th century Gothic Roman cathedral was built over an area containing pre-existing Roman structures and the evidence of a basilica dating to the 5th or 6th century. San Lorenzo Cathedral has been guarding the ashes of St. John the Baptist since the end of the first Crusade, and was the epicenter of social and political life for Genova during the Middle Ages. This private tour is a must-do for history buffs and those who are short on time yet want to see the highlights of Genova. Reserve this tour today.

Restrictions
Guests must be able to get in and out of all transportation. This tour covers multiple surfaces and guests should be in moderate physical shape in order to participate. This tour can accept foldable wheelchairs..