From $82.00/person to $1422.00/person (Select "Individuals" below) Price varies based on number of individuals in your group
Ages 3 and under are free. 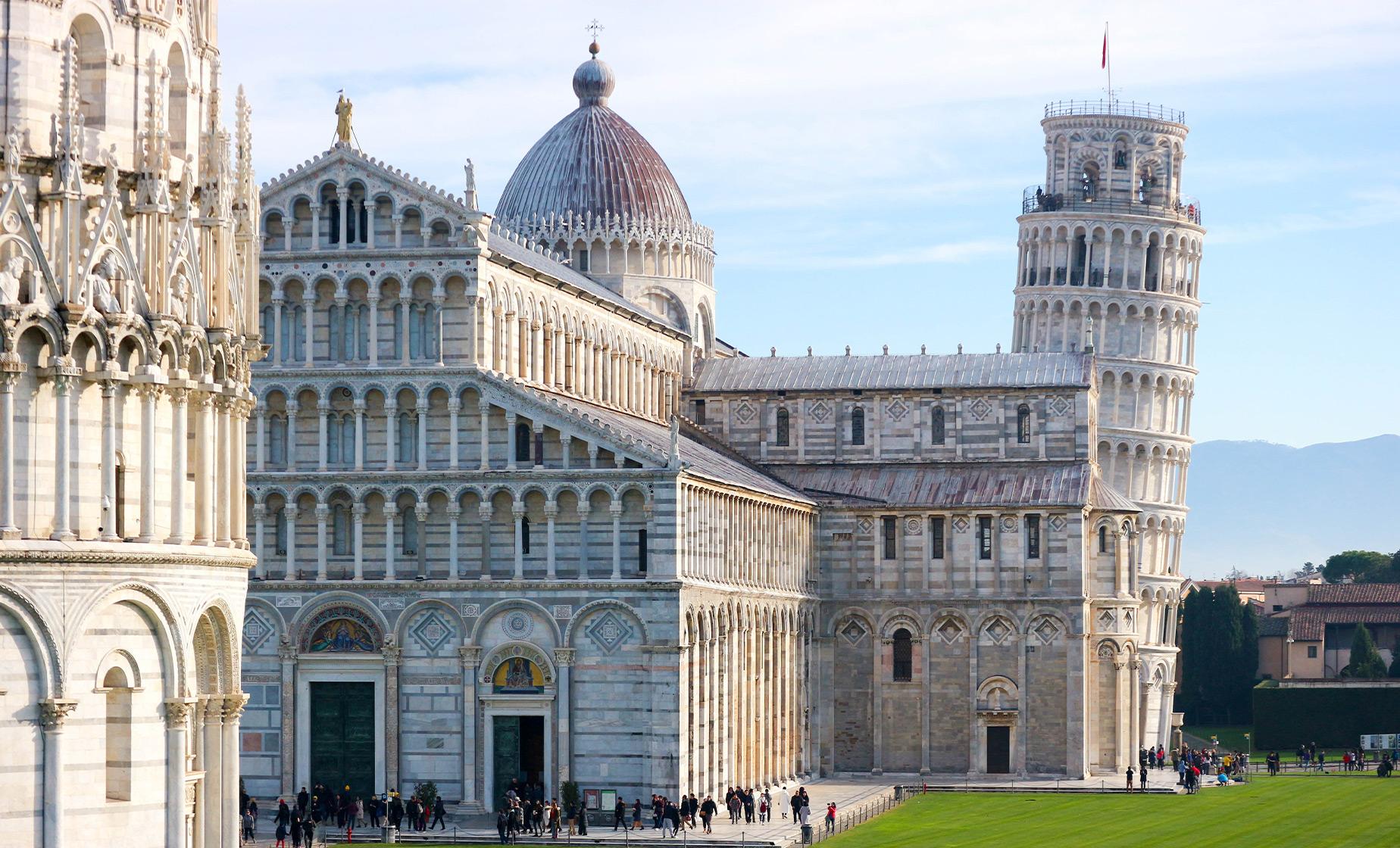 Spend the day in Lucca and Pisa and see what medieval life was like! Your driver will pick you up and take you to Lucca, a medieval town located in a lush green valley just outside of Florence. Embark on a 2 hour guided tour starting at the broad, high walls surrounding the ancient city, with ramparts dating back to the 16th century. Follow along the narrow, winding streets while you learn the history of Lucca from the Roman times to the Middle Ages and the Napoleonic Era up to the present day. Visit the quaint Piazza dell'Anfiteatro with its Roman amphitheatre outline, then see the medieval faÃ§ade of the church of San Michele in Foro. Note the crosses etched into the walls of St. Martin's Cathedral by the devout who used Lucca as a resting station on their pilgrimmage to Rome. Be sure to get a photo of Lucca's Guinigi Tower with its distinctive profile and hanging garden. Enjoy some free time for lunch on your own before making your way to Pisa.

It is not known exactly when Pisa was founded, though many believe it has been inhabited since the Bronze Age. This city flourished during the Middle Ages, becoming an economic powerhouse thanks to the maritime republic trade. Today Pisa is a popular tourist destination who draws thousands to its streets each year for a chance to see the Leaning Tower of Pisa. This 58 foot architectural marvel is the bell tower for the Duomo and lists at an astonishing 5.5 degrees of the vertical, making it one of the most photographed monuments in Italy.

Upon arrival in Pisa you will have a 2 hour guided tour that includes a visit to the Piazza dei Miracoli (Miracles Square) where you can get up close and personal with the tower. While here, admire the Romanesque style Duomo with its colonnades and the circular Baptistry with its eclectic mix of Romanesque and Gothic touches. You will also see the Holy Field Cemetery which was founded in 1277 with Roman sarcophagi that was used to bury local noblemen. Follow the narrow backstreets that open onto the Piazza dei Cavalieri, or large square, that served as the headquarters of the Knights of St. Stephen in the 1600s. In this square lies the prestigious Scuola Normale Superiore, whose students pursue doctorates in science, mathematics, literature and philosophy. This 9 hour walking tour gives you a wonderful introduction to the medieval wonders of Lucca and Pisa. Reserve your spot today. Please note: Guests should be able to walk for long distances and navigate cobblestone surfaces. Shoulders and knees must be covered if you plan to step inside a memorial or religious site.

Restrictions
Walking in Lucca and Pisa is over cobblestone, paved and packed dirt surfaces. To reach the Square of Miracles requires a half mile walk each way over level surface.