From $137.00/person to $1099.00/person (Select "Individuals" below) Price varies based on number of individuals in your group
Vehicles available for this tour accommodate groups of up to 8 guests maximum. Groups with more than 8 guests will need to book multiple vehicles. Please take this information into consideration when booking. 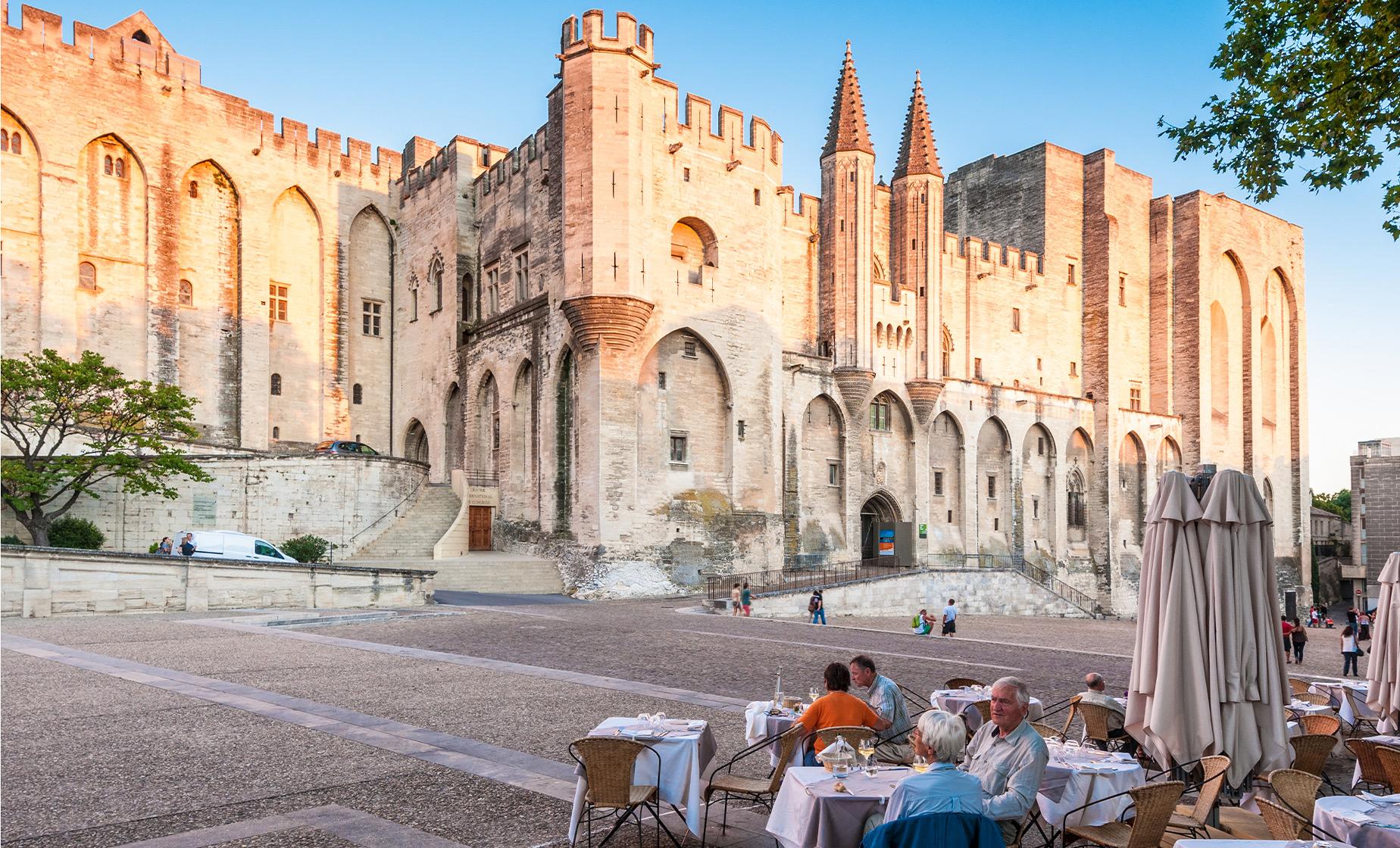 Approximately a 1-hour drive from Marseille travelling north and inland you will discover Avignon, located in southeastern France’s Provence region and on the Rhône River. From 1309 to 1377, it was the seat of the Catholic popes and remained under papal rule until becoming part of France in 1791. This legacy can be seen in the massive Palais des Papes (Popes' Palace) in the city center, which is surrounded by medieval stone ramparts. The inhabitants of this area are called Aixois or, less commonly, Aquisextain.

This small group tour is perfect for all ages and affords a very intimate and one-on-one experience with your guide. Avignon is a small city but big in life and home to one of the largest and most important medieval Gothic buildings in Europe. Once a fortress and palace, the papal residence was the seat of Western Christianity during the 14th century. Six papal conclaves were held in the Palais, leading to the elections of Benedict XII in 1334, Clement VI in 1342, Innocent VI in 1352, Urban V in 1362, Gregory XI in 1370 and Antipope Benedict XIII in 1394.

See the Pont Saint-Benezet, known as the Pont d'Avignon a famous medieval bridge. The Pope’s Palace as well as this bridge are listed as world heritage sites by UNESCO. View the Cours Mirabeau, at 440 meters long and 42 meters wide, this is one of the most popular and lively places in the town. It is lined with many cafés, one of the most famous being Les Deux Garçons and during its history frequented by famous French cultural figures such as Paul Cézanne, Emile Zola and Albert Camus.

Stop at the Hotel de Ville, the town hall or city hall. This 19th Century town hall was formerly a belfry and houses a clock whose mechanical figures strike the hours.

Take home wonderful memories you will cherish forever of the old and enchanting squares and of little streets, some no bigger than a walking path.

From the ancient, medieval streets and little houses to exquisite private mansions dating from the Renaissance, Avignon is one of the most enticing towns in Provence and will call you back to her time and time again.

Shore Excursion Leaves From
Cruise Ship Pier. (Full details will be provided in your electronic ticket upon confirmation.)

Recommended Dress
We recommend wearing comfortable clothing and sensible rubber soled walking shoes. If you plan to visit a religious site or memorial, shoulders and knees must be covered. Sun screen and sun glasses are also suggested.