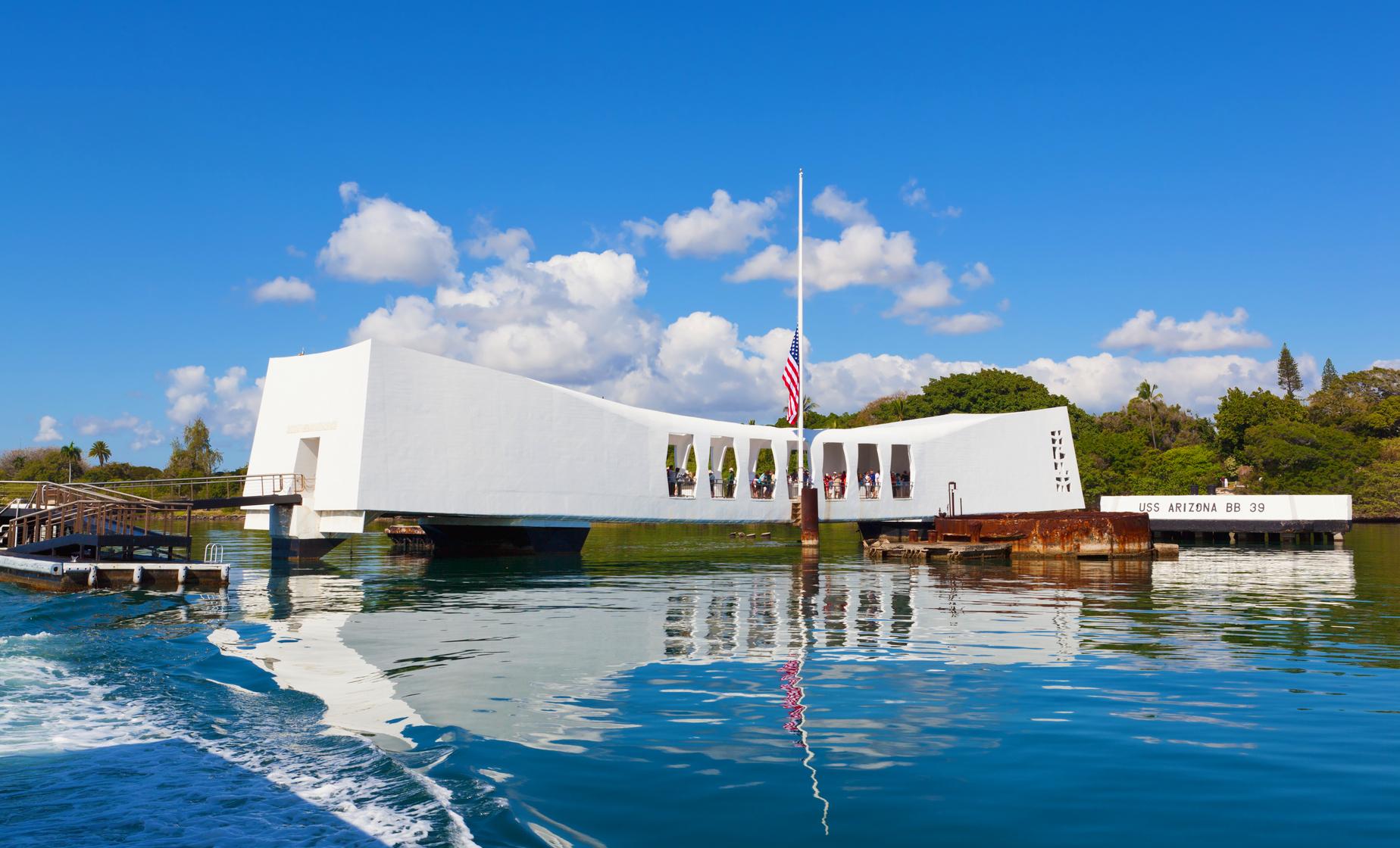 Review This Tour
From $129.00/person to $1,225.00/person (Select "Individuals" below) Price varies based on number of individuals in your group
Children able and willing to sit on an adult's lap for the duration of the tour are free.
Choose Options My Cruise Itinerary
Summary
Shore Excursion Size

Spend six insightful hours learning about the Pearl Harbor attacks and exploring historical landmarks on this epic private cultural excursion in Honolulu. You'll get refreshing bottled water and enjoy a private tour of Honolulu's historical sites for you and your friends or family, making this perfect for history enthusiasts. Visit the USS Arizona Memorial at Pearl Harbor as you learn about the details behind the attacks. You'll also get to enjoy stops at the Dole Pineapple Plantation and Honolulu landmarks like the Iolani Palace and the Kamehameha statue.

Start your journey by exploring Pearl Harbor and watching a documentary about the events that took place during the surprise attacks. You'll travel to the USS Arizona Memorial at Pearl Harbor via a naval boat, where you'll find a sprawling all-white structure that serves as a memorial of the sailors who died in the explosion and sunken battleship on the day of the Pearl Harbor attack in 1941. That year, Japanese forces attacked the naval base at Pearl Harbor, destroying 20 ships and thousands of people in the process, including the 1,177 crewmen that died on the USS Arizona that fateful day on December 7th. Take a look in the harbor to see the oil drops dubbed as "The Black Tears of the USS Arizona" from the sunken battleship, which still rises to the top of the harbor as it empties from the USS Arizona's tank that was filled the day before the attack.

Spend time with your private group exploring the Pearl Harbor Visitor center's museum, which houses artifacts and memorabilia of The Road to War and Attack. Gaze on the eye-catching photographs as they unfold the story via tension-filled and dramatic images that demonstrate the events leading up to the attack and the aftermath. Head to the bookstore to buy souvenirs like maps, books, and commemorative coins.

Next, head to the Dole Pineapple Plantation, where you'll find the world's largest maze and plenty of pineapples. Continue your private tour passing by the National Memorial Cemetery of the Pacific, a memorial burial ground of the honored soldiers who served in the United States Armed Forces. This national cemetery sits in a volcanic crater and is known locally as "The Hill of Sacrifice." Before you return back to your cruise pier, you'll make your way back to Honolulu to visit the State Capital, see the statute of the first ruler of the Kingdom of Hawaii, King Kamehameha. You'll also get to gaze on the iconic architecture of the Iolani Palace, the Hawaiian rulers' royal residence.

Whether you're looking for a cultural experience that's fit for a group of friends or family, this private tour offers the convenience you need to experience Honolulu highlights with the people you care about the most. Sign up for this exciting private excursion today and make memories in Honolulu that you'll never forget.