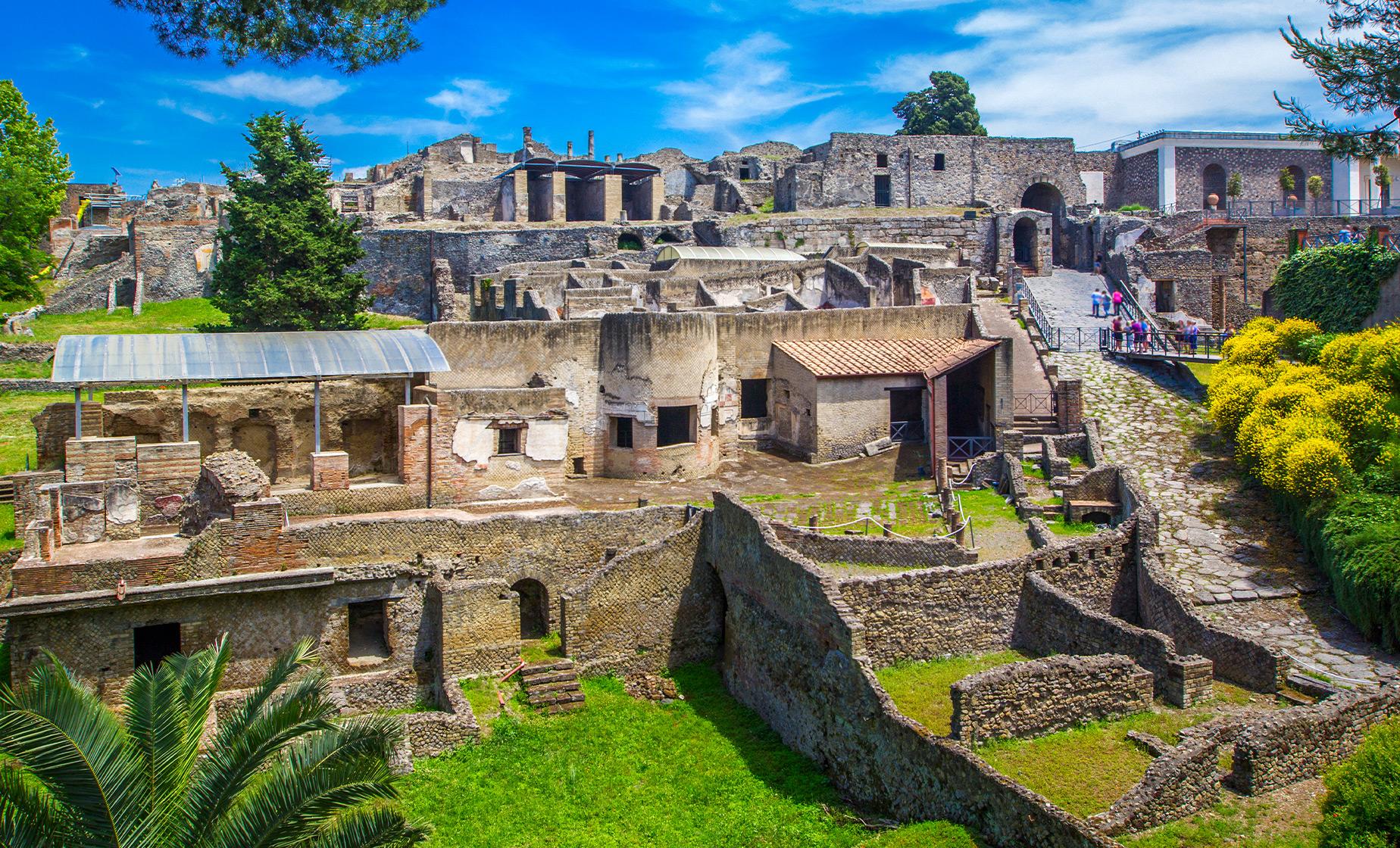 Review This Tour
From $105.00/person to $697.00/person (Select "Individuals" below) Price varies based on number of individuals in your group
Choose Options My Cruise Itinerary
Summary
Shore Excursion SizePrivate
Shore Excursion TypeCultural, Scenic
Shore Excursion Duration8 Hours
Activity LevelModerate
Shore Excursion Leaves FromCruise ship terminal
Food/Beverage ProvidedBottle of water. Additional food and beverages not included but will be available for purchase during lunch break and various stops. Driver/guide will be able to make suggestions.
Recommended DressComfortable lightweight summer clothing and walking shoes is suitable for most of the year, but light sweaters or jackets may be needed in the evenings. Good quality sunglasses are advised, and photo-chromatic lenses for those who wear spectacles.
RestrictionsMust be able to get in/out of vehicle. Accessible for foldable wheelchair or walker. Must be able to walk on uneven terrain in Pompeii.

Take a 9-hour journey through the streets of Naples and Pompeii! Let a driver pick you up at the cruise ship terminal in Naples and bring you to two of Italy's most popular destinations, taking in more of the area's history along the way.

From the character-soaked, exclusive neighborhood at Posillipo Hill, which has its own host of beautiful villas, you'll delight in the best views of the colorful buildings of Naples, as well as its port and marinas in the gulf below. Off in the distance is the mighty profile of Mount Vesuvius.

From there you will descend to Mergelina, once a fishing village, now one of the lovely ports of Naples. Further down the coastal road you will find yourself in Santa Lucia, another ancient fishing village where the Castel dell'Ovo, a seaside fortress castle -- the oldest castle in Naples -- sits on an islet, waiting for you to take a memorable photo. It is said that the Roman poet Virgil buried an egg on the site, saying that when the egg breaks the castle will fall, thus giving it its name, which translates to Castle of the Egg.

West of Naples, you'll see the restless Campi Flegrei, an eight-mile wide volcanic caldera cluster terrifyingly known as the "Fiery Fields." In the shadow of Mount Vesuvius, you will drive through the valley to the ancient city of Pompeii, passing the archaeological sites in Torre Annunziata and Torre del Greek, along with the ancient Roman town of Herculaneum.

It is in famous Pompeii that you will get an intimate look at ancient city life with glimpses into everything from villas and temples, bath houses and brothels. Bright frescoes still hang on walls, and remnants of sculptures remain in temples to gods like Jupiter and Apollo. Look for a "Beware of the Dog" mosaic at The House of the Tragic Poet or find the same inspiration Mozart did at the Temple of Isis, which inspired his opera, The Magic Flute.

Lightweight summer clothing and light layers are recommended, with sweaters and jackets advised for evenings and cooler months. Some terrain in Italy is uneven and archaeological sites can be challenging for those who are not surefooted, so keep that in mind when booking your tour. Vehicles are accessible for a foldable wheelchair or walker.

Bookings for this tour are available from March - November, with each tour lasting 8-9 hours. Private tours for small and large groups are both available, using either luxurious Mercedes sedans or Mercedes vans. Whether it's a family vacation or a large group, party, or wedding excursion, expert, local drivers will privately chauffeur you through Italy.

This Naples cruise tour includes an English-speaking driver, fuel, highway toll fees, and parking fees, but does not include entrance fees or tickets to local attractions, or private guides. Food and beverages are not included in this tour, though there are times set aside for snack breaks and meals included in the day's schedule. Don't be afraid to ask your driver for suggestions on local restaurants and cafes that you may enjoy. At the end of this adventure, your driver will return you to the cruise ship terminal in Naples.

Food/Beverage Provided
Bottle of water. Additional food and beverages not included but will be available for purchase during lunch break and various stops. Driver/guide will be able to make suggestions.

Recommended Dress
Comfortable lightweight summer clothing and walking shoes is suitable for most of the year, but light sweaters or jackets may be needed in the evenings. Good quality sunglasses are advised, and photo-chromatic lenses for those who wear spectacles.