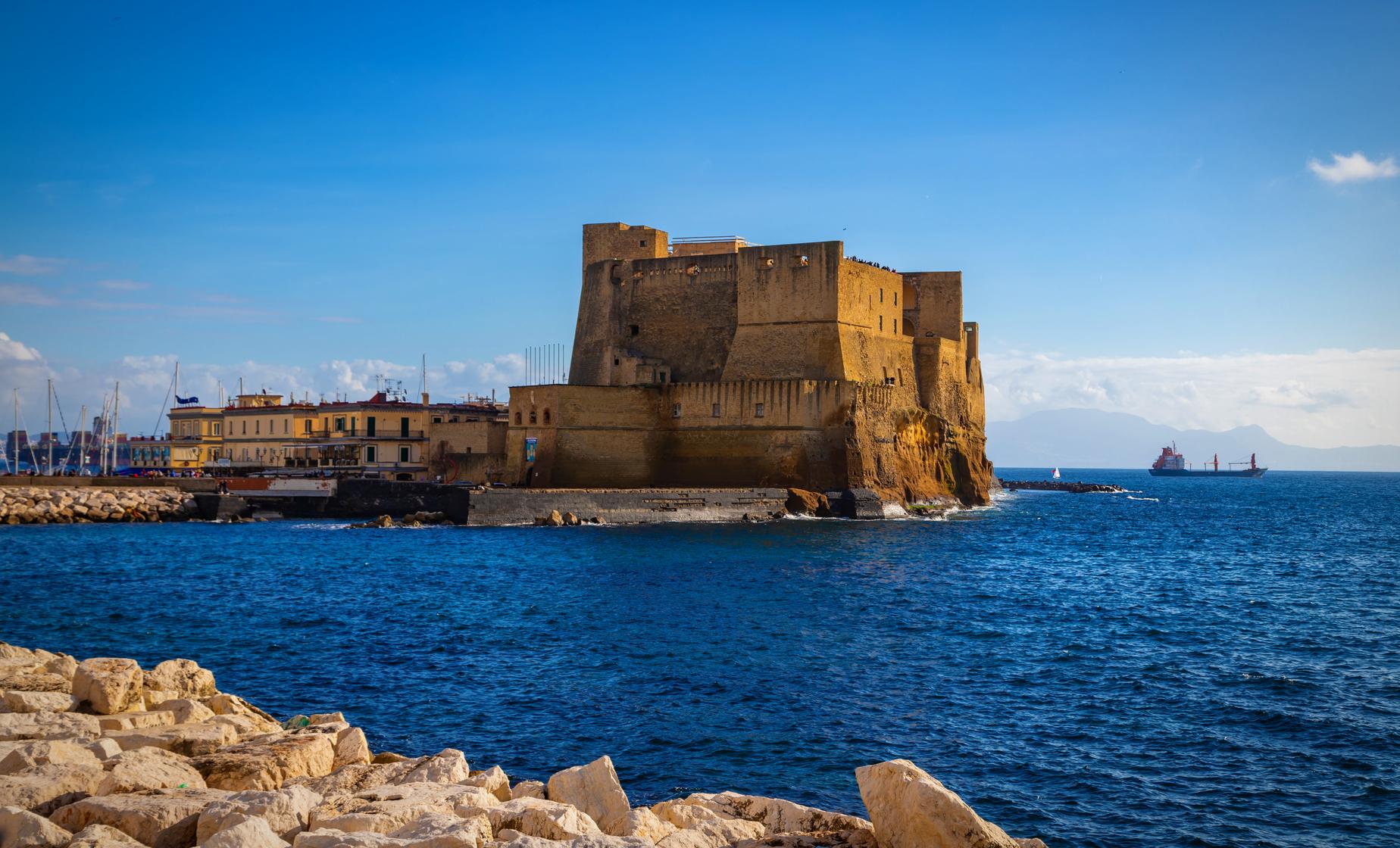 Review This Tour
From $29.00/person to $352.00/person (Select "Individuals" below) Price varies based on number of individuals in your group
Ages 10 and under are free.
Choose Options My Cruise Itinerary
Summary
Shore Excursion Size

Outside the Cruise Ship Terminal.
Food/Beverage Provided Not Included
Recommended Dress We recommend wearing comfortable clothing and sensible, flat-soled walking shoes. Sunscreen and sunglasses are also recommended. For those wishing to visit any churches, remember that shoulders and knees must be covered.
Restrictions Entrance tickets to the Bourbon Tunnel are not included but can be paid directly on the day. Adults (14 years and older) 10.00EURO; (11 - 13 years) 5.00EURO; (10 years and younger). Guests must be able to walk over cobblestones and uneven surfaces, inclines and steps. A small section of the Bourbon Tunnel is not accessible to wheelchairs.

Start in the Piazza del Plebiscito, home to the Basilica of San Francesco di Paola and the Teatro San Carlo. In the middle of this large public square, you will also find a statue of Ferdinand IV and his father Carlo, on horseback. Ferdinand IV was one of the members of the Bourbons, the last dynasty to rule Naples.

Under Bourbon rule, the city flourished and was the first to enjoy many modern-day amenities such as running water in the houses and separate collection. The residents were also the first to receive smallpox vaccinations. Over at the Royal Palace, you will marvel at its precious marbles and entrance staircase that has been described as the most beautiful staircase in the world.

Continue to the Bourbon Tunnel, an underground tunnel connecting the palace and the military barracks, that was an engineering marvel at the time. Commissioned in 1853 by King Ferdinand II as an escape route in case of rebellion, the tunnel later allowed for quick movement of troops, became a bomb shelter for thousands of people during WWII, and today houses old cars and vintage motorcycles from its time as a judiciary deposit. While on tour you will also walk on the Lungomare Caracciolo, a bayside boulevard with numerous hotels, cafes, and pizzerias.

This private tour is perfect for history buffs and those who are short on time yet want to see a vital part of Napoleon history, book today.