From $185.00/person to $685.00/person (Select "Individuals" below) Price varies based on number of individuals in your group 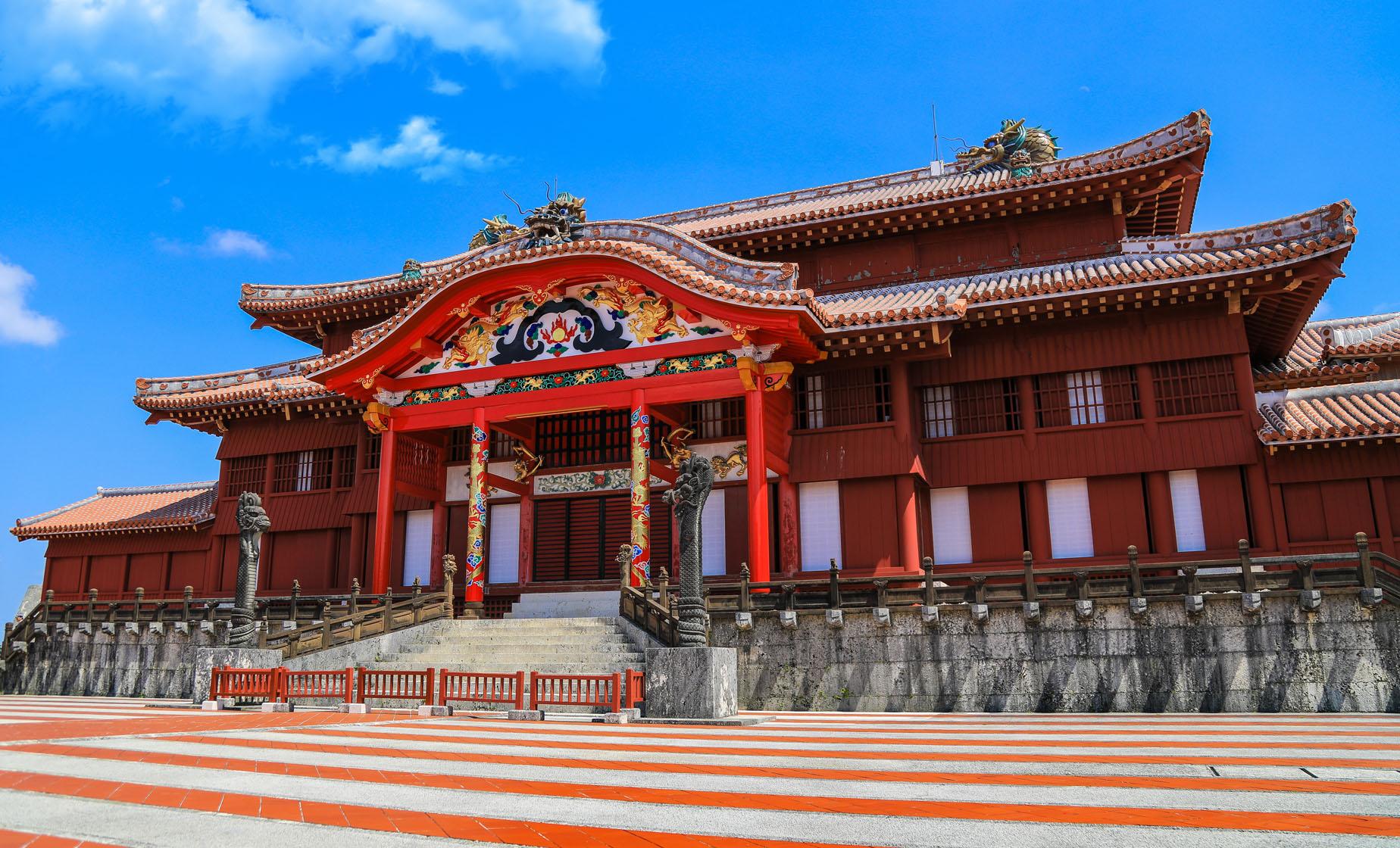 Small, scattered domains in the Ryukyu archipelago were unified during the 14th century and thrived as a central hub for the maritime trade thanks to trading rights with the Ming Dynasty and the influx of Chinese families who helped managed oceanic dealings. During this private tour, you will learn about the Ryuku Imperial family, the influence of the Chinese on the island's culture and the fall of the Dynasty in the 19th century due to Japanese pirates and increased competition from Portuguese traders.

Travel to Shuri Castle, the Imperial Palace of King Sho Hashi as well as the administrative center and royal court of the kingdom. Once there you will enter through Shureimon Gate, the castle's iconic main gate that was once printed on the Japanese 2000-yen bill. Step inside Seiden, or the main castle, to see a replica of the king's throne and the queen's room. At nearby Tamaudun museum you can pay respects to several members of the Royal Family entombed there and learn how the bones are ritually washed and placed in urns.

Walk along Kinjo-cho, a 300-meter long ancient limestone paved path connecting the castle to the Shikina-en Gardens that hosted the upper class and the Chinese envoy. These gardens showcase a beautiful blend of Japanese promenade design with Chinese hexagonal pavilions. Note the Chinese arch-style bridges spanning the pond and keep an eye out for a sacred grove of 300-year-old trees. The traditional Okinawan method of rock piling can be seen in the Ikutoku-sen fountain.

While in Naha, stop by Tsuboya Pottery Street, the birthplace of yachimun, or pottery crafted entirely out of indigenous Okinawa soil. Pop into the pottery museum and learn how pottery is made, then stroll through colorful displays of pottery and pick up a small, handcrafted shisa to protect yourself from evil spirits. You can also take a break in one of the many cafes for a drink or quick bite.

This 6-hour private tour is a must-do for history and architecture lovers! Sign up for this popular tour today.