Private Sights and Tastes of Siena 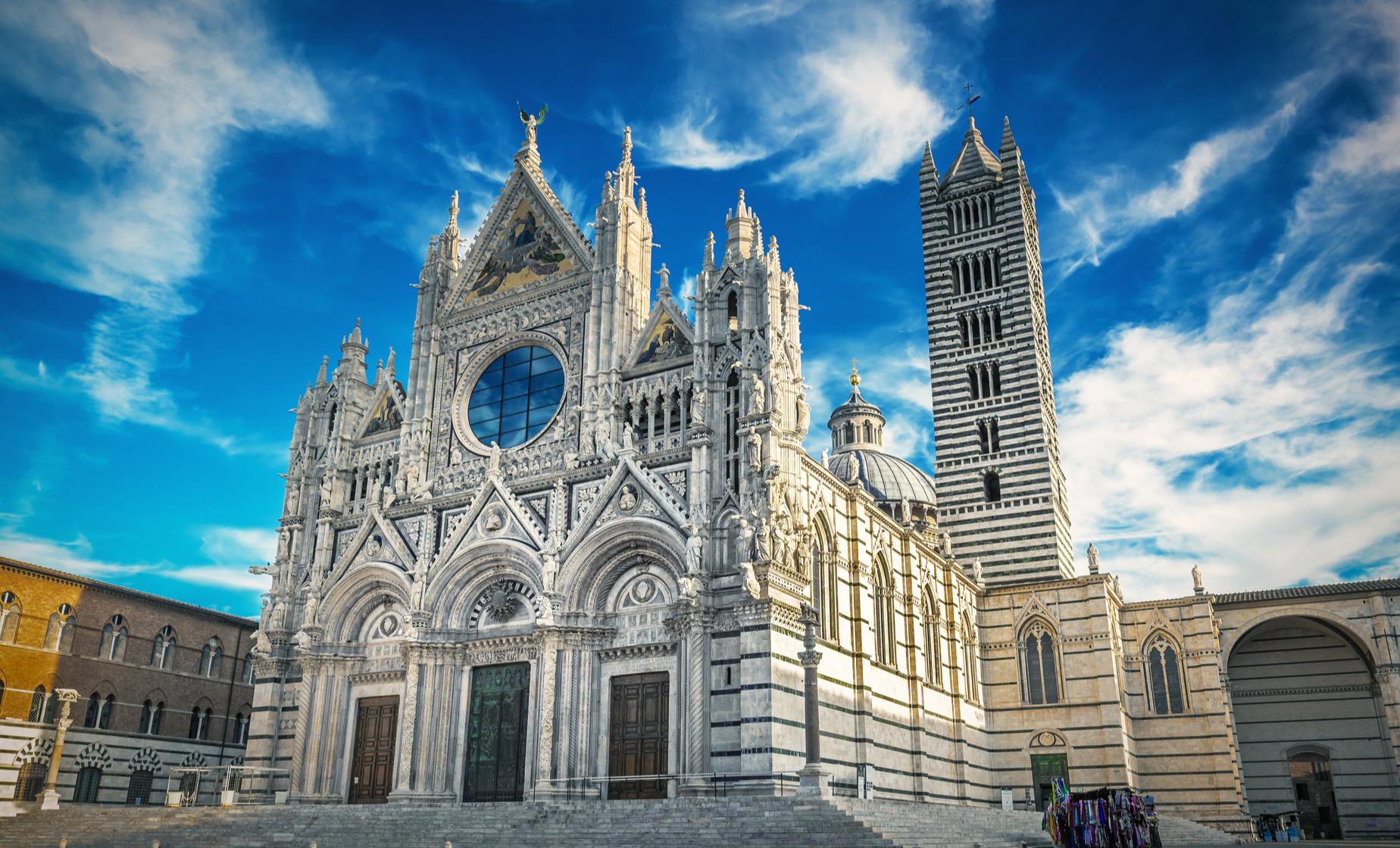 Review This Tour
From $260.00/person to $915.00/person (Select "Individuals" below) Price varies based on number of individuals in your group
Vehicles available for this tour accommodate groups of up to 2 and 7 guests maximum. Please take this information into consideration when booking.
Choose Options My Cruise Itinerary
Summary
Shore Excursion Size

The Cruise Pier.
Food/Beverage Provided Not Included
Recommended Dress Comfortable clothing and flat-soled, closed toe, sensible walking shoes are recommended. Sunscreen and sunglasses are suggested.
Restrictions Walking in Siena is over cobblestone and paved surfaces, many of which are uneven and at an incline.

After meeting your private driver in Livorno, you will set off on the approximately two-hour drive to tour Siena. The town is a very beautiful, brilliant Medieval ensemble of buildings, plazas, and towers cast in warm, brown bricks. Its soaring skyline is its pride, dominated by the gothic cathedral (Duomo) and the taut needle of the Torre del Mangia.

Upon arrival, you will meet your professionally trained local tour guide who will show you the town. On this Livorno excursion, you will see the shell-shaped Piazza del Campo, which probably captures the most attention and fame. It has been seen in films, photographs, and advertising campaigns. It has witnessed many historic events, the most intriguing being the "Palio" horserace, first recorded in 1283, but which may have had its origins in Roman military training even earlier. In the Piazza on July 2 and August 16, there is a bareback horse race when mayhem takes over this small town and non-natives can observe local patriotism at its best and worst. Anything and everything will be done passionately to bring home the prize. The prize is the "Palio," a banner to be shown off with pride for the whole neighborhood it represents.

The piazza is bordered by elegant palaces, and has an elaborate fountain as its focal point. The Fonte Gaia has a rectangular marble basin and is decorated by statues. The remarkable Palazzo Pubblico still serves as the town hall.

Another of the many highlights of Siena is the Piazza del Duomo. With its huge cathedral (1136 - 1382), it is one of the most spectacular in Italy. The Duomo, as it stands, is a delight. Its style is an amazing conglomeration of Romanesque and Gothic architecture, its lineaments picked out in bands of black and white marble, an idea adapted from Pisa and Lucca, though here with extravagant effect. After your guided tour, you will have plenty of free time on your Livorno excursion to explore on your own and have lunch at one of the charming cafes.

After the break, you will visit the Italian version of a delicatessen, the salumeria, which means "cured meat shop." The origins of the salumeria stretch back to the ancient Romans, who first developed curing methods out of practical necessity, simply using air, salt, and smoke to preserve meats in those days long before refrigeration. As time went on, the Italians elevated curing to an art form. Different combinations of curing techniques and spices, combined with regional peculiarities and attention to where and how their livestock was raised, resulted in an infinite variety of "salumi," cured meats. All of this culinary history, over three millenniums' worth, comes together in the many salumerias, which can be found throughout Italy. Some are small village shops that sell house-made cured meats and cheeses unique to their region or even to the village, and others are extensive affairs carrying a king's selection of the finest and most revered of Italy's food products.

You will be met by the owner of a salumeria who will give you his personal welcome. He was born and raised in Siena and enthusiastically continues the family tradition: the preparation and curing of pork products. His products are prepared according to the recipes of another time, the same ones of more than 80 years ago. The aroma of pepper, spices, and aromatic herbs announce the preparation of the meat. After a chance to sample some of his creations, you will begin the two-hour drive back to Livorno.