From $118.00/person to $523.00/person (Select "Individuals" below) Price varies based on number of individuals in your group 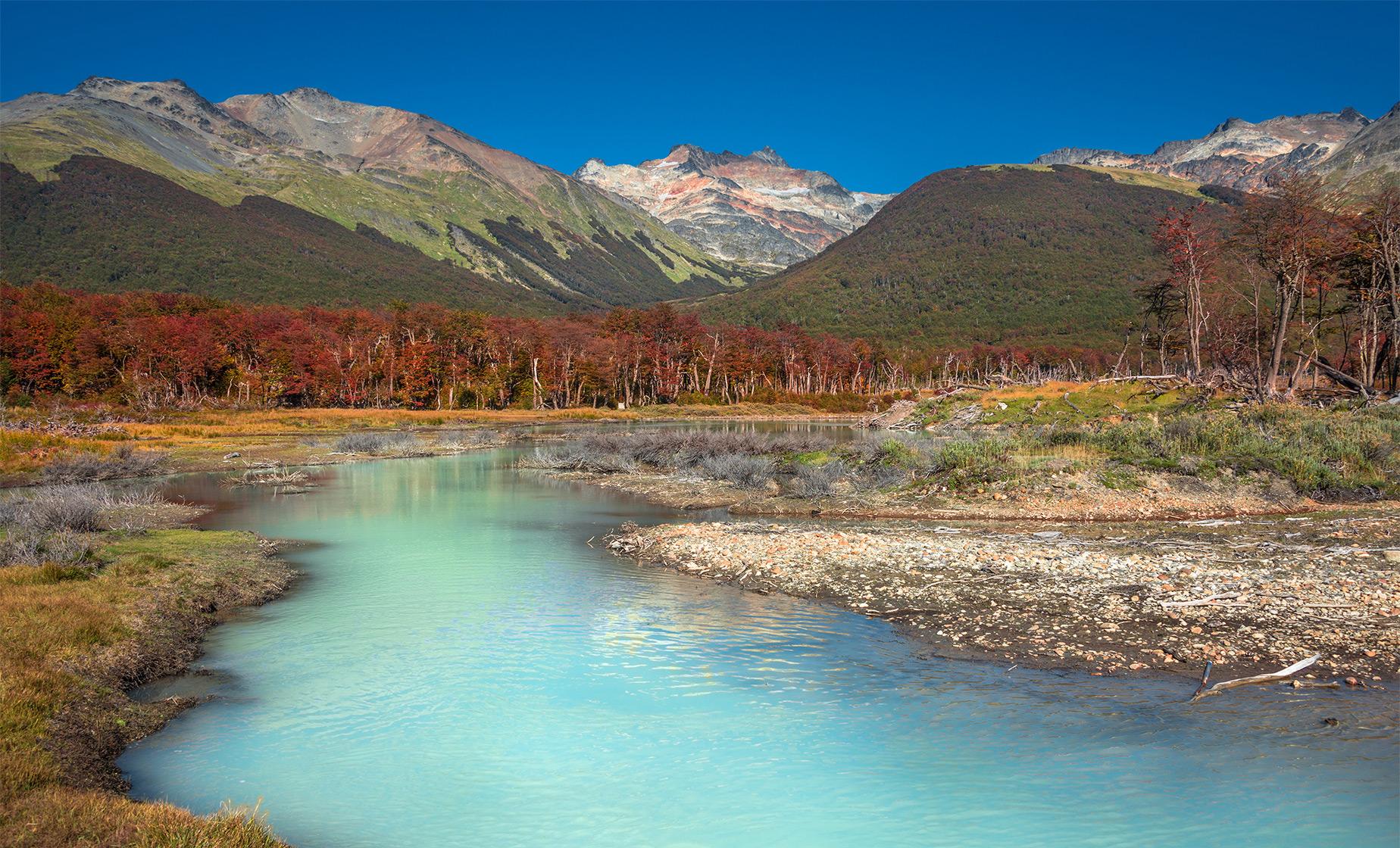 4Read 1 ReviewReview This Tour
Choose Your Options View My Cruise Itinerary
Have More Individuals?!
Your message has been sent. Thank you.Close
Tour Details

After a ten-mile drive west of Ushuaia, your professional guide will lead you across the valley from the Pipo River, arriving at Tierra del Fuego (Land of Fire) National Park. This 150,000-acre park, established in 1960, extends from the Beagle Channel in the south, along the Chilean border, to Lago Fagnano Lake in the north.

While the vast majority of the park is virtually untouched, there are sections of the forest that were exposed to fire in the past. Today, these sections appear almost ghost-like in contrast against the backdrop of lush green vegetation.

You'll hike to prime sights, such as Panoramic Point, Lago Roca lake, and Lapataia Bay, which remain in the same state when observed in 1833 by explorer Charles Darwin aboard the British ship HMS Beagle.

Book this Tierra del Fuego tour today for your next great vacation.

Recommended Dress
Comfortable lightweight seasonal clothing and sturdy non-slip walking shoes are recommended. A light sweater may be needed for the winter months in the evenings. Guests should bring a jacket, a hat, and sunscreen. Good quality sunglasses are advised, and photo-chromatic lenses for those who wear spectacles.

Restrictions
Participants must be able to get in and out of the vehicle. This tour is not wheelchair accessible. Flash photography of wildlife is not permitted.

Reviewer: Holly S.
This excursion was a highlight of our trip, but as with most shore excursions, there just wasn't enough time to spend at the various locations (especially near the post office and hiking in the park) in relation to the amount of drive time to/from the ship/park. The guide was wonderful, very knowledgeable and had lots of great pictures to show us in the van so that we were learning things as we went to the park. After the excursion, we got dropped off in Ushuaia and walked around the little downtown area and stopped in for a wonderful pastry and coffee at Balcarce.