From $165.00/person to $580.00/person (Select "Individuals" below) Price varies based on number of individuals in your group 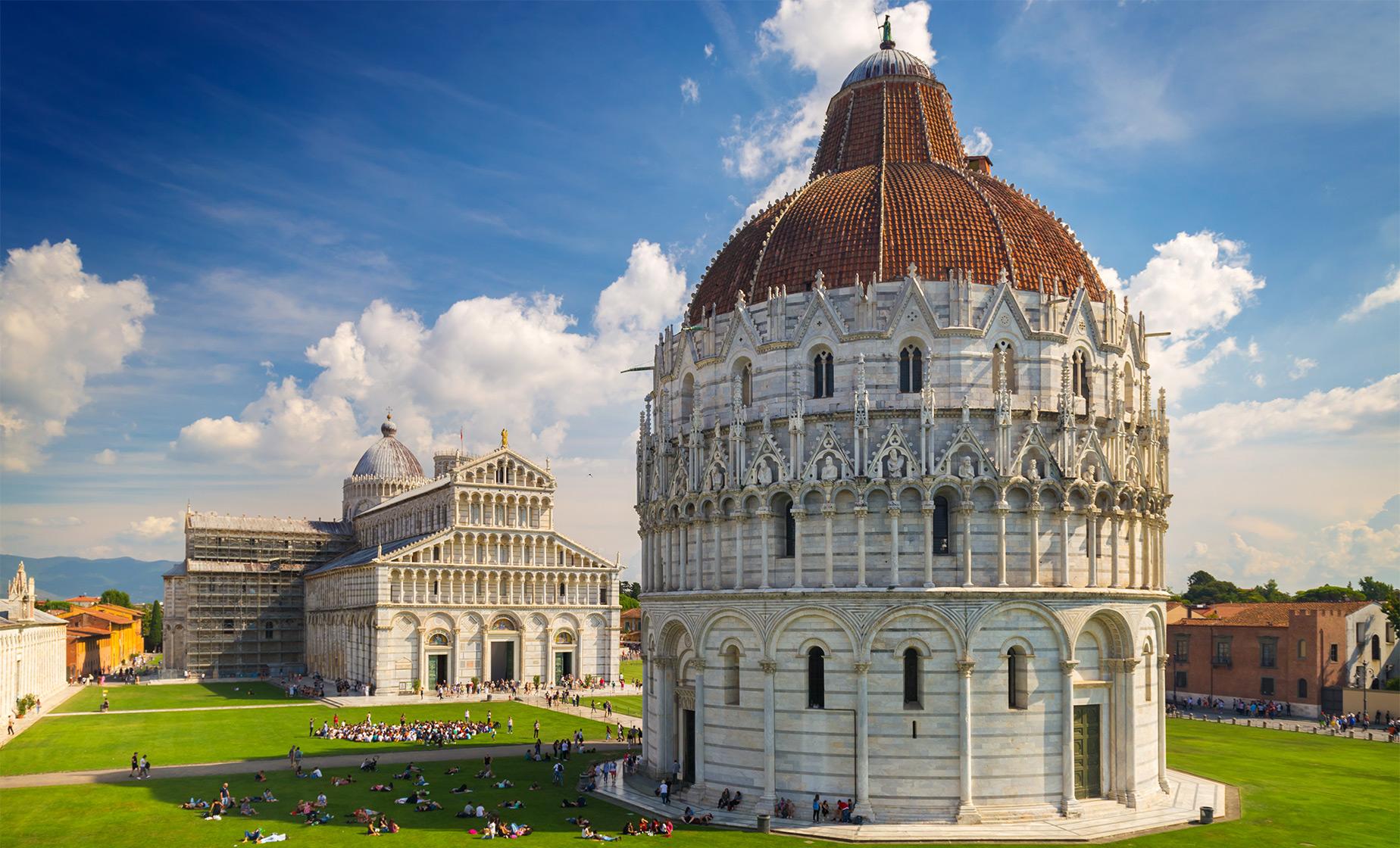 5Read 2 ReviewsReview This Tour
Choose Your Options View My Cruise Itinerary
Have More Individuals?!
Your message has been sent. Thank you.Close
Tour Details

After meeting your driver in Livorno, you will set off on the approximately forty-minute drive to Pisa. En route, you will have an orientation on the fascinating town from your tour escort. Upon arrival in Pisa, your escort will walk with you to the Field of Miracles, the most popular attraction in Pisa and one of the most famous places in the world. They will then give you free time to explore on your own on this Livorno excursion.

The square is situated right by the oldest early Medieval city walls, built in 1155 and perfectly preserved. It took decades to build. This seems pretty obvious given the magnificence of the buildings. It is interesting to note that not even the change in artistic taste of the period managed to affect the overall quality of the complex (from Romanesque to Gothic), probably due to the Pisan Medieval culture, which meant a plan extended beyond the lifetime of an individual man to be handed down from father to son.

The Cathedral or Duomo is a good place to start. It is the oldest building of the complex, founded in 1063 on the remains of old Etruscan and Roman temples.

The Leaning Tower of Pisa was built between 1173 and the end of the 14th century. It took so long to build because it started to lean as soon as the third floor was completed, and the works were stopped. A century later, the works started again. In fact, if you look closely at the tower, it is not a straight tower leaning, it is slightly bent, in the attempt to straighten it up and prevent its fall.

The Baptistery was started by Diotisalvi in 1152 and it was finished in the 14th century. The interior has a diameter of 116 feet and features astounding acoustics. You can whisper on one side of the corridor, and a person on the opposite side can hear you perfectly. At the appointed time, you will meet your escort and return to your transportation.

Next on your Livorno excursion, you will drive approximately 30 minutes to Torre del Lago, which is ideally situated between Lake Massaciuccoli, the Tyrrhenian sea, and in close proximity to the Apuan Alps. Here you will tour the villa where the composer Giacomo Puccini lived. The home is now a museum and houses documents and mementos of his life.

In the summer of 1891, Puccini sublet two rooms in the modest tower house from a gamekeeper for the Borbonis estate nearby. Following the success of "Tosca," Puccini purchased the house and set about having it completely restructured. Inside are delicate decorations by Nomellini and Pagni, a fireplace by Galileo Chini, Bugatti and Tiffany furniture, and the Maestro's Foster piano. A small chapel inside the villa treasures the composer's remains and those of his wife Elvira and his son Antonio. Mrs. Simonetta Puccini, the composer's granddaughter, directs the museum. After the visit to the villa you will have some free time before the 30-minute drive back to the port.

Please Note: The local guide at the Puccini Museum may or may not speak English. Your escort will translate if necessary.

Restrictions
Walking in Pisa is over cobblestone, paved, and packed dirt surfaces. To reach the Square of Miracles, guest must walk a half mile each way over a level surface. There are steps at the villa.

Reviewer: J Carlson
Our guide was very knowledgeable, and has been giving tours for many years. Her English was excellent, and we enjoyed this tour very much. The Pisa portion was wonderful. Great history about the Leaning Tower. Be cautious of bringing people with that are not fans of Puccini, because the second half of the tour is all about the man, the work, his family, and home, just as the tour description says. It's all a bit much for those who aren't big fans. If you have Madam Butterfly loaded on your smartphone, you'll love it!

Reviewer: Bob All-State Group
We thoroughly enjoyed the small group size that allowed the guide to focus on our needs more affectively. The tour guide was excellent in making us feel welcome to the country, excited us to see what was a head by her enthusiasm, and became friends with all of us quickly.