Private Pyramids Along the Nile 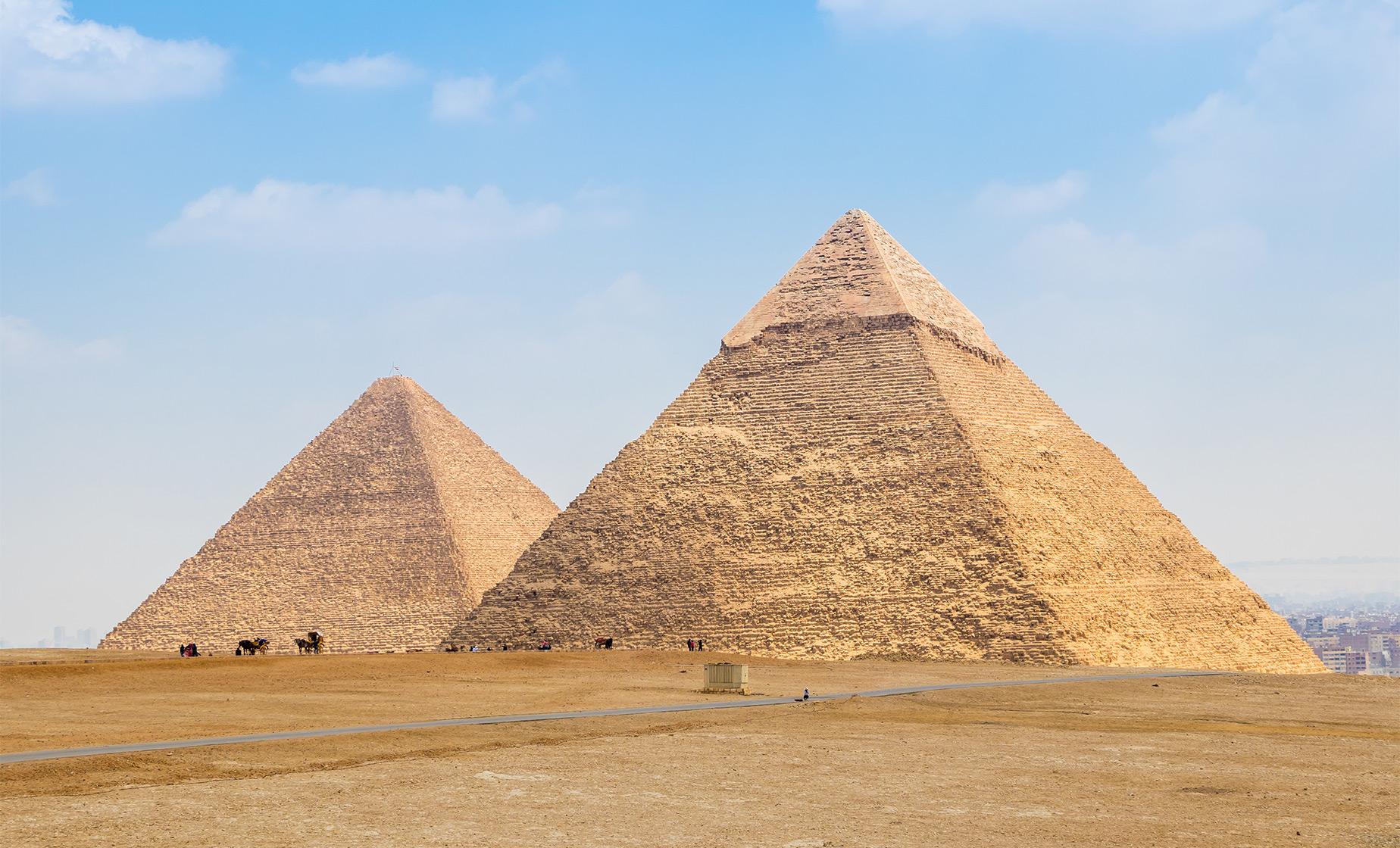 Review This Tour
From $185.00/person to $345.00/person (Select "Individuals" below) Price varies based on number of individuals in your group
Choose Options My Cruise Itinerary
Summary
Shore Excursion SizePrivate
Shore Excursion TypeHistoric, cultural
Shore Excursion Duration14 Hours 30 minutes
Activity LevelModerate
Shore Excursion Leaves FromShip Pier
Food/Beverage ProvidedLunch
Recommended DressComfortable clothing and sensible, comfortable walking shoes are recommended. Sun glasses and sunscreen are suggested.
RestrictionsGuests must be able to walk approximately 1 1/2 miles (roughly 3 1/2 hrs) over uneven, gravel, cobblestone and sandy surfaces with paved walkways. There are approximately 20 steps down to, and up from the boat dock on the Nile. The Camel ride can be very bumpy. Guests with back conditions or expectant mothers should not participate in this excursion. The visit inside the pyramid includes numerous steps, ramps, narrow passageways and low ceilings. There is no air conditioning and the air is musty. Guests with respiratory challenges should not participate on the internal visit. Cameras are not allowed inside the museum or pyramid.

Private Pyramids Along the Nile

Begin your Private Pyramid excursion as you depart the pier for the approximate 3 hour 15 minute drive through the flat Egyptian desert/farming landscape to Africa's largest city, Cairo. Upon arriving at the outskirts of Cairo, you will proceed to the Giza Plateau to discover the only remaining Wonder of the Ancient World, the Pyramids of Giza. It is here that three pharaohs, Cheops, his son Chephren and grandson Mykerinus, erected impressive tombs to preserve their mummified remains in the afterlife. During your visit, you will have time for photos and the opportunity to enter Chephren's Pyramid.(optional)

From here your excursion takes you to the Solar Boat Museum at the base of the Pyramid of Cheops. Inside is a reconstructed boat that was unearthed after World War II at this site. The Solar Boat was used in the funerary ceremonies of the Pharaoh Cheops over 4,000 year ago. This boat was probably used to carry the body across the Nile to the Pyramid on the Giza Plateau. At that time, the Nile flowed beside the pyramids. Several boats were used in the ceremonies. Five boat pits have been found around the Pyramid of Cheops in stone lined pits, excavated into the Giza Plateau.

The next stop on your private shore excursion is the mystical Sphinx with the body of a lion and the head of a man stretching out to a length of 240 feet. The mysterious Sphinx was carved out of solid natural rock around 2650 B.C. During your stop at Giza, you will have the opportunity to take a short ride on a camel. Following your visit, you will drive to the Papyrus Institute to see how ancient paper was made from the reeds along the Nile. There will be a short break for souvenir shopping at the adjacent bazaar.

A highlight of your day will be a leisurely cruise along the Nile while you enjoy lunch. So that you can enjoy the passing scenery, your lunch and possibly conversation with new found friends, the river cruise does not include a loud, hard to see "traditional" show like others do.

After lunch, you will drive to the magnificent Egyptian Museum, the most important depository of Egyptian antiquities in the world. The museum is home to over 120,000 items, only a portion of which are in display in its more than 120 rooms. The artifacts date from 2700 B.C. to the 6th-century A.D. It includes thousands of statues, jewels and the treasure of the boy king, Tutankhamun. Your tour does include a visit to the King Tut gallery which includes the golden mask and items from the treasury. It does not include a visit to the Royal Mummy room. Following your tour, you will begin the 3 hour 15 minute return drive to Port Said.

Please note: Tour can also begin in Port Said and end in Alexandria.

The visit inside the pyramid includes numerous steps, ramps, narrow passageways and low ceilings. There is no air conditioning and the air is musty. Guests must be in good physical shape. Guests with respiratory challenges should not participate on the internal visit.

Due to the scheduled departure of the river cruise, and the opening hours at the sites involved, this tour is only available at the times listed. On the 6:00am departure, the visit to the Egyptian Museum will be before lunch.