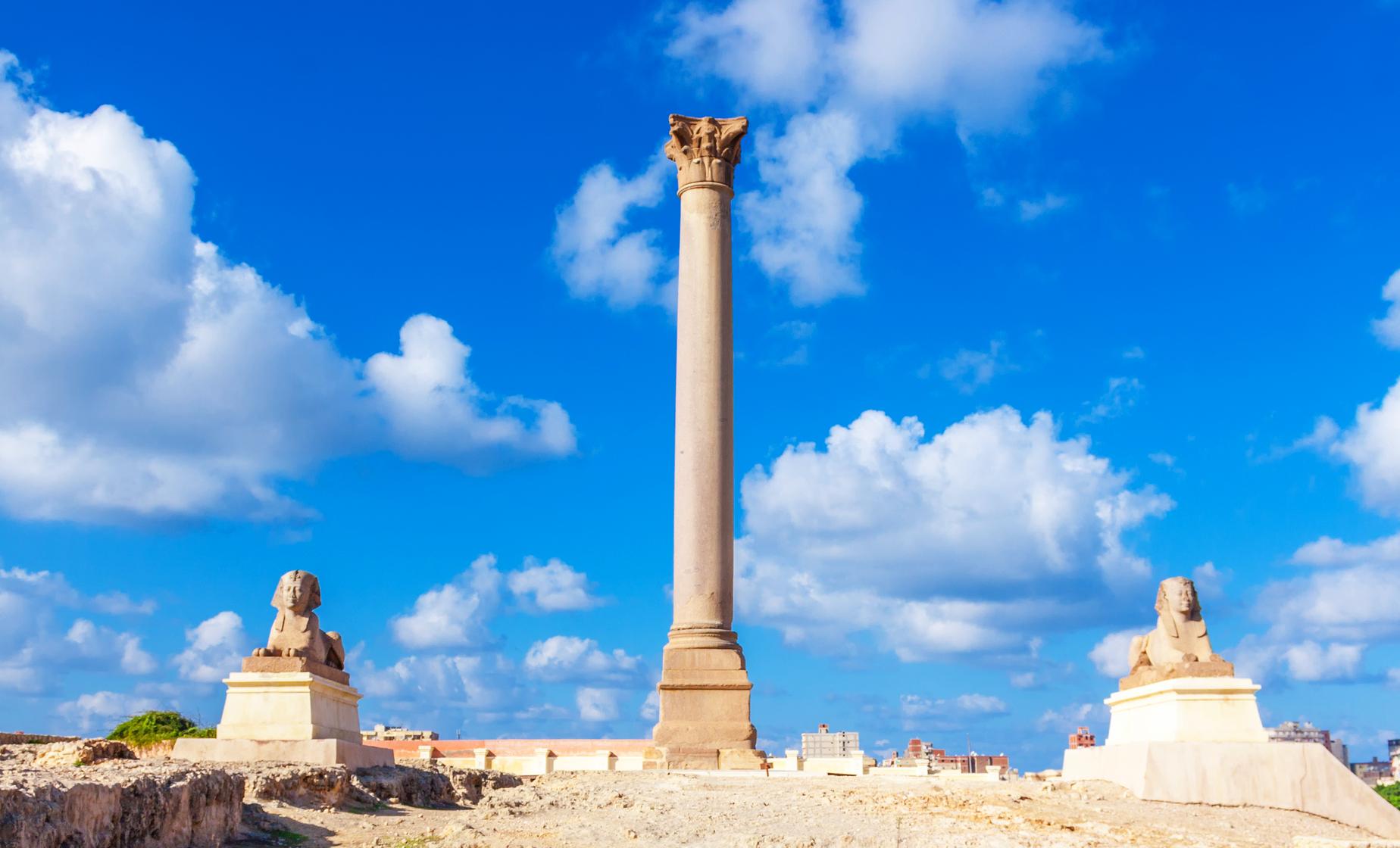 Review This Tour
From $90.00/person to $170.00/person (Select "Individuals" below) Price varies based on number of individuals in your group
Choose Options My Cruise Itinerary
Summary
Shore Excursion Size

Ship Pier
Food/Beverage Provided None
Recommended Dress Comfortable clothing and sensible, comfortable walking shoes are recommended. Sun glasses and sunscreen are suggested.
Restrictions There is walking over many uneven surfaces at all three sites, and approximately 100 steps each way to access the Catacombs. Cameras are not alllowed in the Catacombs.

Alexandria, Egypt was the capital of Greco-Roman Egypt, and it still retains examples of its greatness with historical treasures from that period. Your private Roman Alexandria shore excursion departs the Port of Alexandria for the drive to the Catacombs of Kom El Shoqafa, one of the Seven Wonders of the Middle Ages. Discovered by a donkey in 1900, the catacombs represent the largest Roman cemetery in Egypt and include the remains of more than 300 individual tombs. Constructed in the 2nd century A.D., probably for one family, they were later expanded to three levels cut 90 feet deep into existing rock. They now merge Roman, Greek and Egyptian cultural aspects in their design and decoration. The catacombs are accessed by a series of descending circular steps.

Next stop on your Alexandria cruise excursion is a visit to Pompey's Pillar, an 88-foot red Aswan granite column with a circumference of 29 feet. Perhaps Alexandria's best-known ancient monument, Pompey's Pillar was constructed in honor of Emperor Diocletain in 293 A.D. Your excursion will conclude with a visit to the Roman Theater. Also referred to as the Roman Amphitheatre, the site dates to the 2nd century A.D. Unearthed during excavations in 1960, this well-preserved Roman Theater features galleries, sections of mosaic flooring and marble seating for up to 800 spectators. After the visit to the theater, you will be returned to the pier.