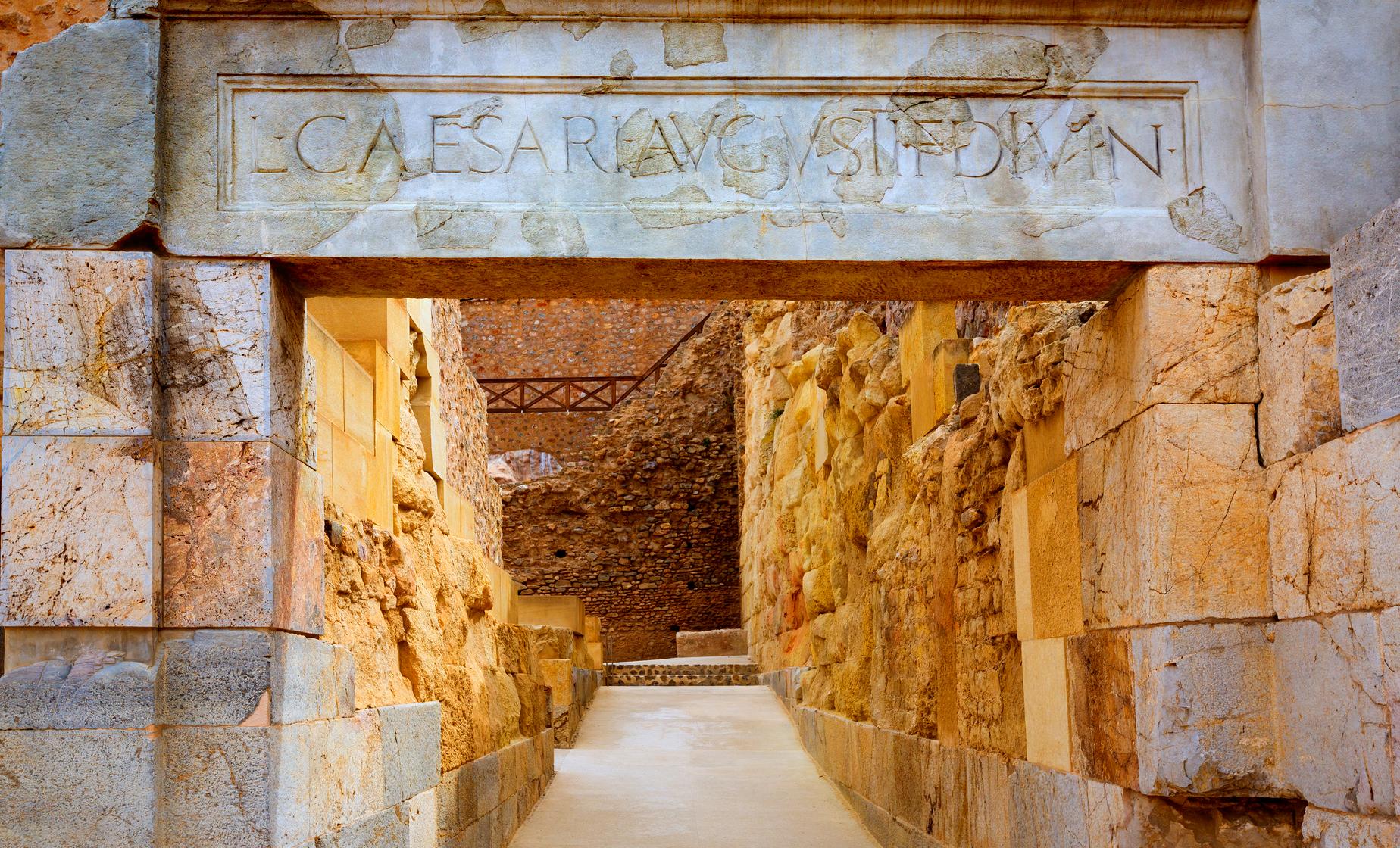 Cartagena is a city that has been shaped by 1,000 different cultures with its magnificent harbor that has been considered by several civilizations, to be a perfect strategic location. Today, this Punic, Roman, military and modernist city offers a wide variety of places to visit.

This harbor city is rich in history, which you can experience on this walking tour; see the well-preserved memories of the earliest time in its history.

As you walk from the port area, your first visit will be made to the panoramic lift to ascend to one of the five hills around the city, La Concepcion. This is the best starting point to discover the city and to get an overview of Cartagena's 3,000 years of history, beginning with its foundation around 229 BC by the General Hasdrubal. The mineral wealth that attracted years later, the Romans made it one of the most important colonies of the Roman Hispania.

This left a lot of Roman monumental vestiges like the spectacular Roman Forum and archeological excavation park El Molinete, the new jewel of the Roman exploration tour. Later you will visit the Roman Theatre of Cartagena, accompanied at all times by a guide who will explain the curiosities of this iconic site. Close to the theater are the remains of what many people believe is the first Cathedral in Europe, but that is another story.

Book a spot on this walking tour today to explore Cartagena's rich Roman history and more.

4.9 / 5  |  7 ReviewsReview This Tour
Cartagena Roman Exploration
We enjoyed this one
Reviewer: Robert Bunyan

easy booking
Spoke with Janine about not having cell phone. No problem.
Reviewer: Phyllis

Roman exploration
A beautiful place to visit. The tour guide was very pleasant n understand our needs. We all enjoyed this tour n will recommend it to others !
Reviewer: Wynsome Yang

Great laid back walking tour!
This was a very nice relaxing walking tour of the port of Cartagena. Our tour guide Juanma did a very good job and was happy to go into the details of the history of the historic landmark that we saw. The most memorable points were the lift that took us up the high view point of the city, Castillo de la Concepcion and Roman Theater of Cartagena. This walking tour is perfect for this very walkable old town!
Reviewer: Halina Onishko

Romans
Was amazed by the roman excavations we were shown around cartegena. we had no idea they were there.
Reviewer: Peter Jerszynski

Cartagena Walking Tour
Excellent tour. Our group was only three people so we were able to ask questions. Due to the small size of our group we completed the tour early so the guide took us to see a bit more of the old city. Highly recommend this tour.
Reviewer: Ethel Edey