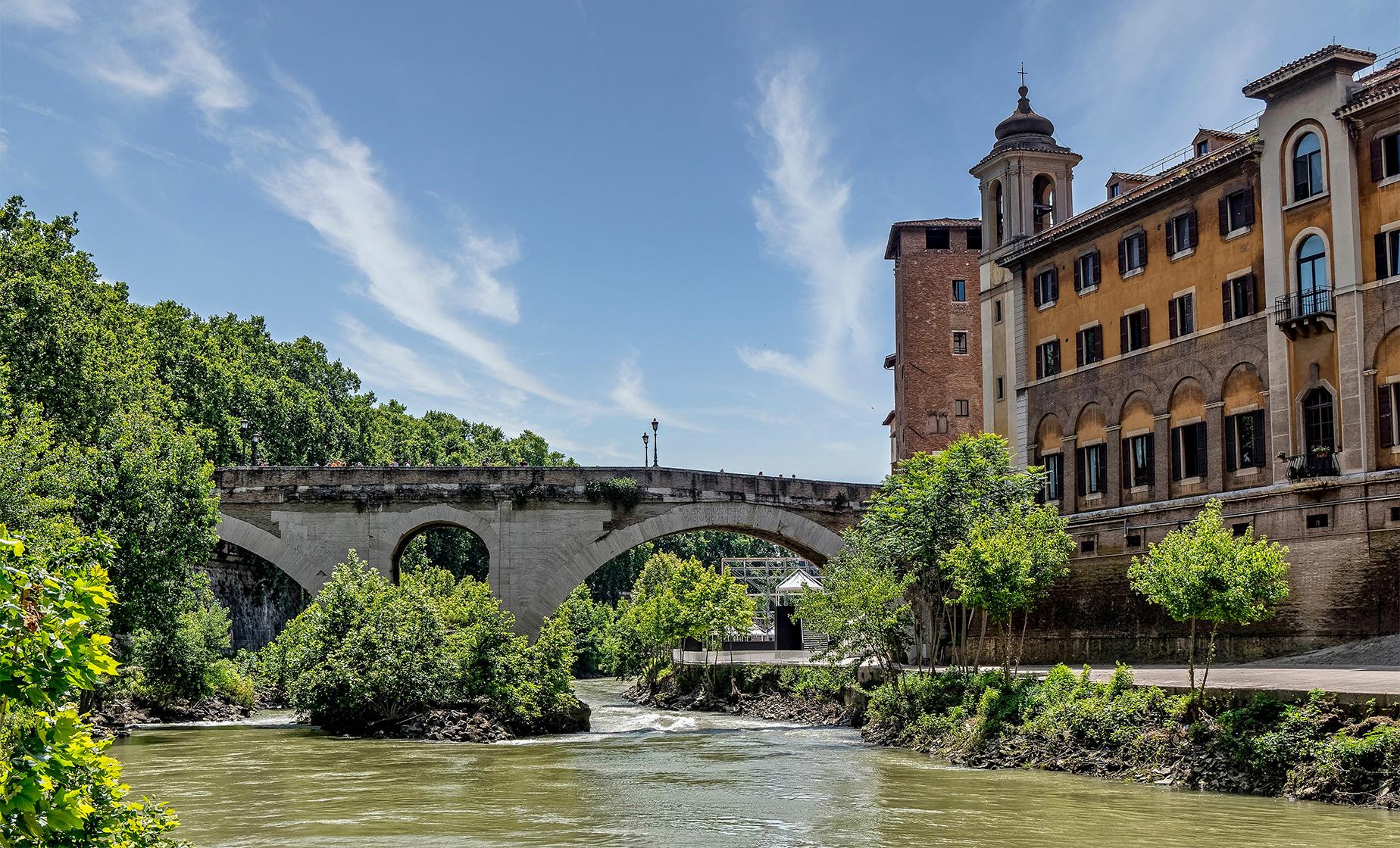 Central Rome.
Food/Beverage Provided Not Included
Recommended Dress We recommend wearing casual, comfortable clothing and closed-toe shoes.
Restrictions This tour is not wheelchair accessible. Guests should have a general knowledge of bike riding, and feel comfortable doing so.

Explore Rome with a Half Day of Biking

See Rome in a way you've never seen before: by bike! This extensive Rome bicycle tour will bring you to the main attractions of the city as well some of Rome's best kept secrets. With no hills and many stops at the various sights, this bicycle tour is for just about anybody; there's no need to be in top shape.

Your friendly tour guide will provide you with a bike and helmet, and you will then head to your first stop. This fun-filled Rome bike tour begins as you travel to the Colosseum, the largest amphitheater ever built in Rome. Admire the impressive Roman Forum and the Senate, appreciate Rome's historic past at Palatine Hill, take in the beauty of Michaelangelo's design at the Capitoline Hill, and see the remains of ancient Rome's largest theater, the Theater of Marcellus. Pass the ruins of Circus Maximus before arriving in the Jewish Ghetto, where Roman Jews, the oldest surviving community in Rome, once lived. As you look around, you will be told stories about the people who once occupied the area. Feel free to purchase a sample of some local cuisine for a real taste of Rome. Continue over the river to Tiberian Island, which was dedicated to Esculapio, the god of medicine, in ancient times. You will cross Fabricio, the oldest bridge in Rome, to get to the island. Next, cross to the other side of the island, known as Trastevere, where you will learn about Roman culture and history.

You'll then make your way to the Vatican, where you will stop directly in front of St. Peter's Basilica. See St. Peter's Square, the Angelic Gate, and the Castel of St. Angelo. If your tour is on a Sunday, you may even get the chance to see the Pope's blessing.

Continue your Rome cycle tour as you ride along the riverside. Enjoy the wind in your hair and beautiful views as you pass the Altar of Peace, a Roman monument dedicated to peaceful times. Next, ride along Via del Corso, lined with high-end shops, and see the Spanish Steps at the end of Via dei Condotti, Rome's most expensive shopping street. You'll also visit the Trevi Fountain, the largest Baroque fountain in all of Rome and one of the most famous fountains in the world. Throw a coin in the fountain so your wish will come true. After biking a short distance, see where the ministers meet and the official government business takes place. While you're in the area, you'll stop at the Column of Marcus Aurelius. Standing 30 meters high, this marble column is certainly a sight to see. Your comprehensive bike tour continues with a ride through the twisting streets and back alleys of Rome, bringing you to the Church of St. Ignazio on your way to the Pantheon. As the most preserved and historic building in Rome, the Pantheon is a must-see site. You will be amazed by its incredible architecture, specifically its spectacular dome, and its grand atmosphere.

This half-day tour is action-packed and thrilling. You will enjoy riding through the city by bike as you stop to see some of the world's most famous places.