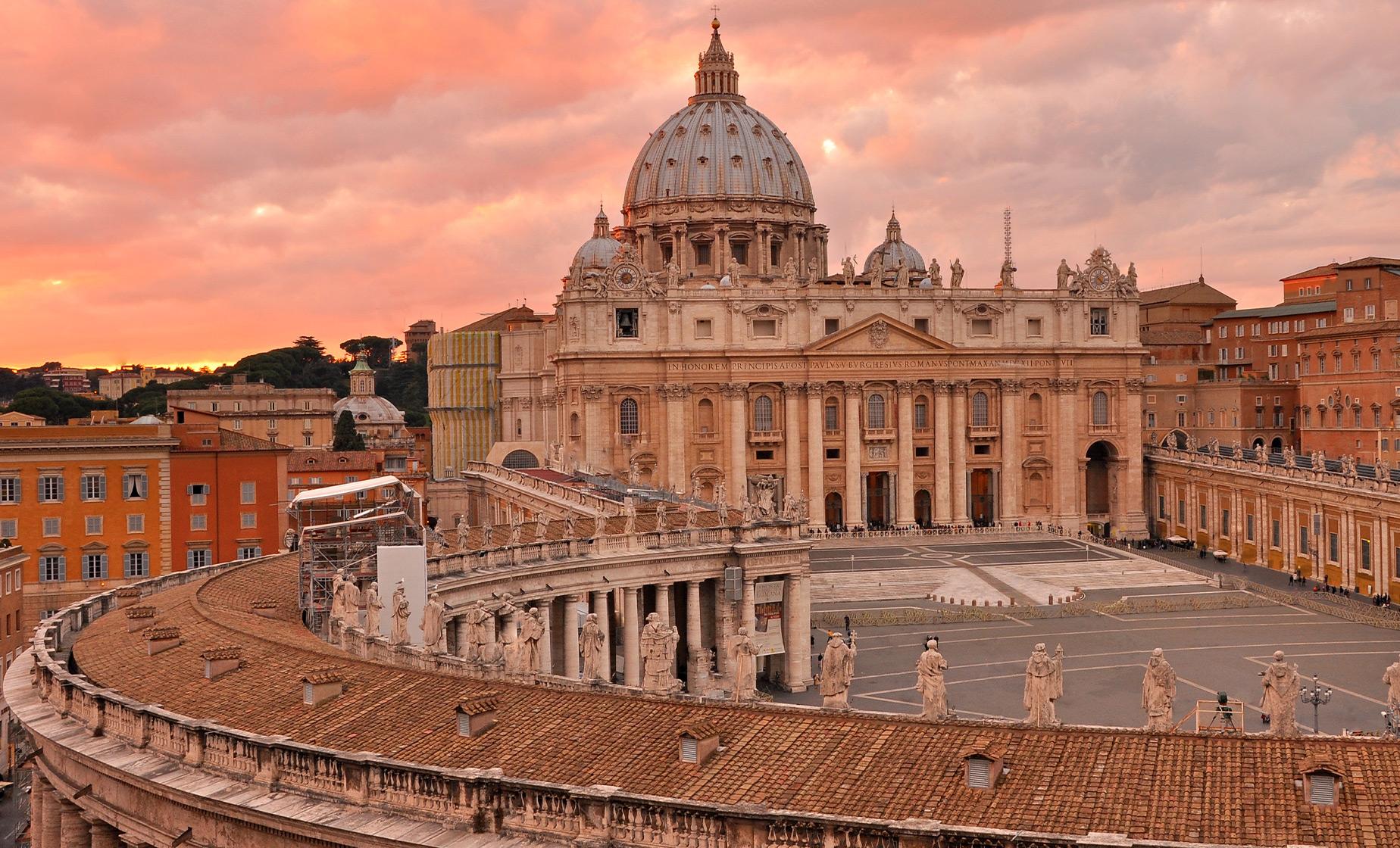 Review This Tour
Price: $225.00
Choose Options My Cruise Itinerary
Summary
Shore Excursion SizeStandard
Shore Excursion TypeCultural
Shore Excursion Duration9 Hours 30 Minutes
Activity LevelModerate
Shore Excursion Leaves FromA taxi or shuttle (not included) is required to reach your departure location (Full details will be provided in your electronic ticket upon confirmation.)
Food/Beverage ProvidedLunch is included.
Recommended DressAs you will be visiting religious sites, shoulders and knees must be covered. Sensible, rubber-soled walking shoes, sunglasses, and sunscreen is recommended.
RestrictionsThis tour is not wheelchair accessible, and is not recommended for guests with walking difficulties.

Begin your tour of Rome by bus and travel through the Piazza della Repubblica, a semi-circular piazza with its incredible Fountain of the Nayads. This fountain features statues of the Nymphs of Lakes, Rivers, Oceans, and Underground Waters, and is sure to make a splash on your journey. Ride by the Aurelian Walls, the imposing former city walls built between 271 and 275 AD. Travel through the Piazza del Popolo, with its towering Egyptian obelisk that was brought to Rome in 10 BC. You'll see all this and more on your way to the Vatican.

Tour the Vatican museums and see the spiral staircase, the Gallery of the Tapestries, the Gallery of Maps, and the incredible Sistine Chapel. Featuring intricate frescos and ornate architecture, the Sistine Chapel is not to be missed. Look up to see the iconic ceiling masterpiece by Michaelangelo. Enjoy free time to visit the St. Peter's Basilica before lunch.

Lunch (drinks not included) will be provided during the time between both legs of the tour. Enjoy your included lunch and some down time so you'll be refreshed for even more sightseeing. After lunch, your tour of Christian Rome will take you to Esquiline Hill, where you'll see inside the Basilica of Santa Maria Maggiore. This incredible, ornate structure is often referred to as "Our Lady of the Snow" and is the largest church in all of Rome dedicated to the Virgin Mary. Legend has it that a Roman patrician named John and his wife offered to donate their possessions to Mary and were shown Mary's thanks by a mid-summer snowfall and a vision of the Virgin.

Your tour of Christian Rome takes you to the Holy Stairs, or Sancta Scala, where Jesus stood on his way to trial. See the Lateran Palace, which was home to a series of Popes for a thousand years. Tour inside the Basilica of San Giovanni, the cathedral church of the Diocese of Rome. This, the oldest basilica in Rome, was dedicated in 324 AD. The Basilica of San Giovanni suffered two major fires in the 1300s and was reconstructed several times since; what you see as its face today was built in the 1700s. Tour the Basilica of San Giovanni and see beautiful artwork and architecture. Visit the Catacombs of San Callisto, Santa Domitilla, and San Sebastiano and delight in their creepy loveliness. These spooky and spectacular underground burial tunnels are full of history and stories. The tour will end with a spectacular view of the Baths of Emperor Caracalla.

Experience Christian Rome on this tour and see the places that made Rome and Christianity what it is today. Tour the Vatican museums, basilicas, catacombs, and Christian sites as you learn the stories behind them. This Rome day excursion is great for all ages and for anyone looking to see Rome and learn about its religious past.

Please Note: The visit to the Basilica will not be possible on Sunday, during religious holidays and ceremonies (Audiences, Beatifications, Masses of the Pope). This tour takes place in Rome. Guests on ships docking in Civitavecchia will need to make their own way to Rome from Civitavecchia (approximately 50 miles away) at their own expense. There is train service from nearby train stations, and the average trip takes approximately 90 minutes each way. Your cruise ship may offer a shuttle to a nearby station.

Recommended Dress
As you will be visiting religious sites, shoulders and knees must be covered. Sensible, rubber-soled walking shoes, sunglasses, and sunscreen is recommended.

Restrictions
This tour is not wheelchair accessible, and is not recommended for guests with walking difficulties.