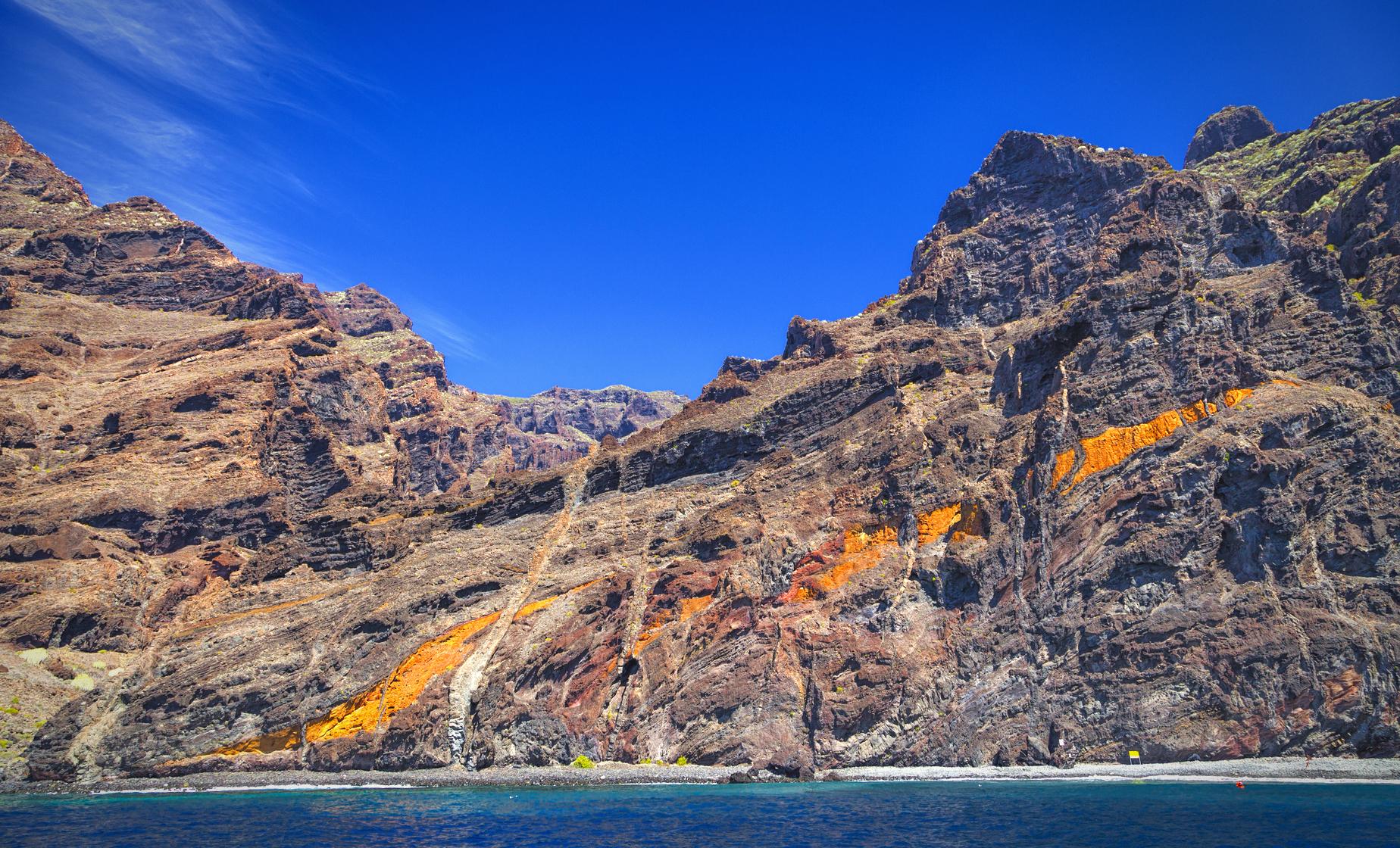 The fun begins as you and your small group are met at the port and transferred via air-conditioned minivan to the elegant town of La Orotava, a city filled with cobblestone streets, aristocratic mansions, and flower-filled plazas. Head to the Malvasia wine area of Icod de los Vinos where you will see the oldest Dragon tree in the world.

Continue on to the seaside resort town of Garachico, formerly a bustling port full of wealthy marine merchants, aristocrats, and artists before a volcanic eruption took away its position as the island's economic hub. This resulting loss of growth did, in turn, helped preserve the city as it was in its heyday as well as giving it some wonderful natural pools.

Towards the south you will meet up with the Cliff of the Giants, long considered the second highest cliffs in Europe. Marvel at the impressive, steep walls rising up from the sea, then make your way to the golden sands of Medano Beach. This beach is home to the Windsurfing World Championships with a popular, laid back resort vibe.

Your last stop on the tour is the charming fishing village of Candelaria where you will see the Basilica of Candelaria. This 20th century church was the first shrine to the Virgin Mary on the Canary islands and attracts both devout Catholics and non-Catholics through its doors each year. During the tour you will have the chance to stop for coffee or lunch, depending on time. This 8 hour active tour will give you a great overview of the beautiful island of Tenerife. Sign up today.

Restrictions
Guests must be capable of walking short distances and be able to get in and out of public transport as well as walk up and down steps and uneven terrain. This tour is not wheelchair accessible. Not recommended for travelers with back, knee or hip problems, or travelers with heart or other serious medical conditions.