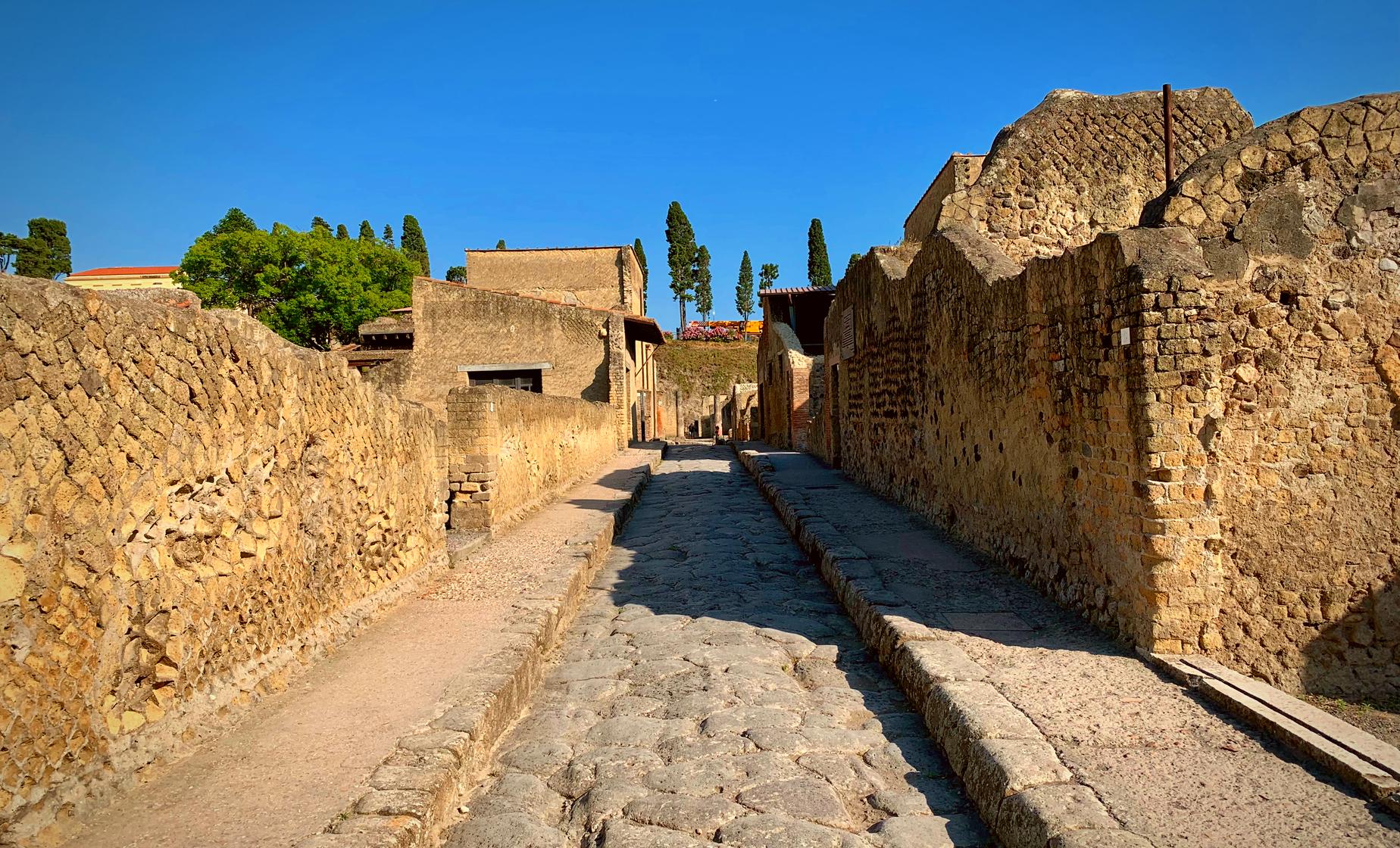 The ancient city of Herculaneum was one of several cities, including Oplontis and Pompeii, that was destroyed when the then 800-year-old dormant Mount Vesuvius erupted in 79 A.D. Herculaneum was a thriving trading port thanks to its proximity to the Gulf of Naples and was more prosperous than its more famous neighbor, Pompeii.

Unlike Pompeii, Herculaneum was buried under 50 - 60 feet of mud and lava from several pyroclastic surges that ended up preserving a major portion of the city, with many buildings and objects completely intact. The wealth of objects includes 2000-year-old doors, windows, partitions, furniture, jewelry and money. Sections of Herculaneum are continuing to be unearthed today and the delicate work of securing the ancient city aims to make this increasingly more accessible for visitors, gradually allowing the opening to the public of the precious collection of artefacts which illustrate daily life in a Roman city in the first century AD.

Here's your chance to wander through one of the world's most famous archeological sites and see such landmarks as the house of the Deer, the house of Aristides, the Central Thermae bath houses and House Number 22 with its colorful mosaics of Neptune and Amphitrite.

Walk along stone paved roads, observe water pipes fashioned out of lead and much more as you imagine what the last few minutes of life were like for the remnant of residents huddled at the boat houses waiting for rescue from sea.

Herculaneum is smaller than Pompeii and can be experienced in 1.5 hours, despite its extensive excavation. Sign up today, bring your camera and get ready to see what life was like for those living in the shadows of Mount Vesuvius.