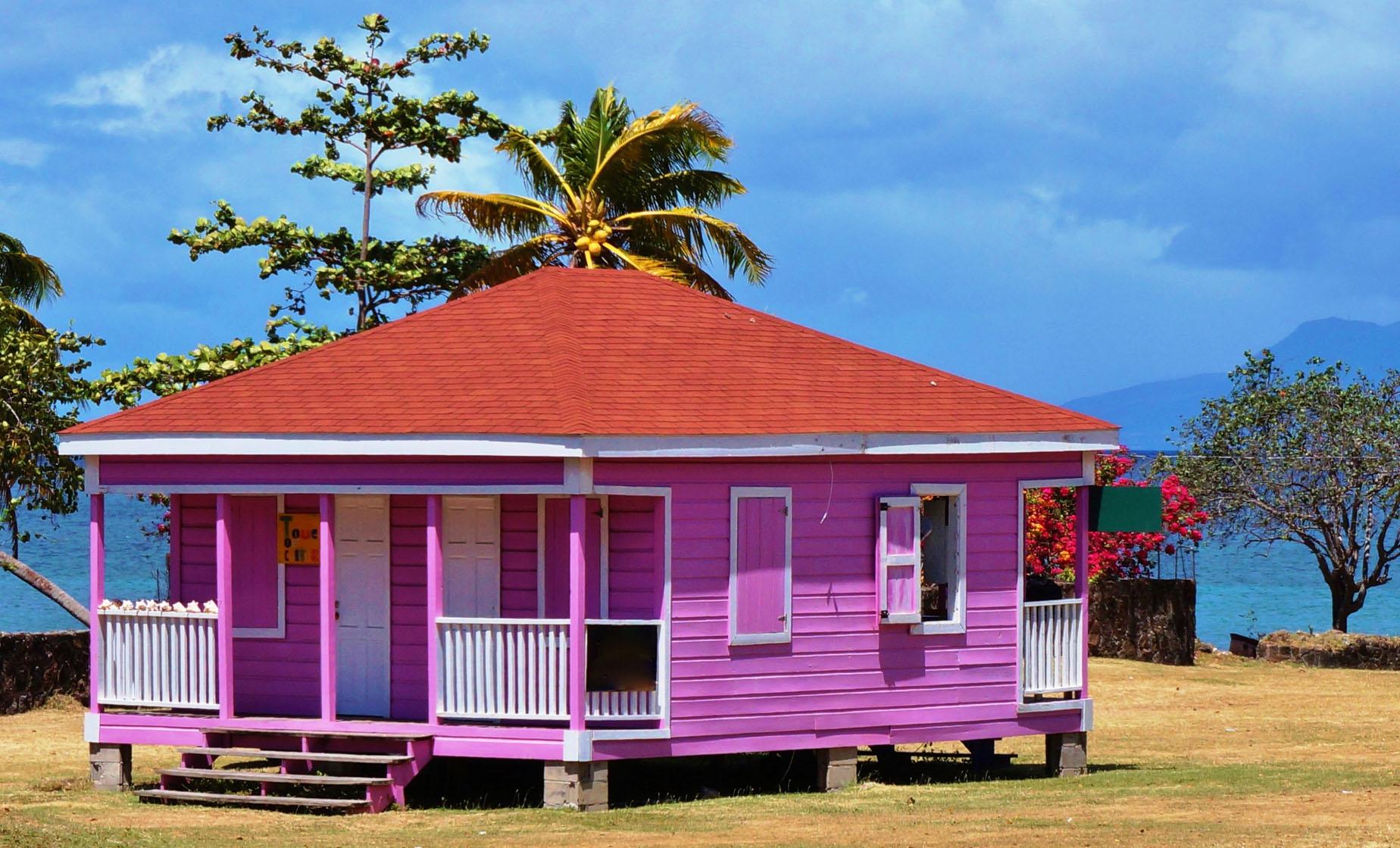 Departing from the pier, your scenic St. Kitts tour begins with a drive through of quintessential Basseterre. This area is steeped in dramatic history, and its heritage, colonial architecture, ancient stone churches, and memorials will take you back in time to centuries past. See the War Memorial, a cenotaph built to recognize the St. Kitts and Nevis descendants of African slaves that fought in both World Wars, and national landmarks such as the Clock Tower and Independence Square, which was once a slave market.

Your island drive into the picturesque countryside will take you past the local Carib Brewery, egret nesting grounds, modern Universities, ruins of windmills and chimneys of yester-year, and plantation homes. During your St. Kitts excursion, see the historic Bloody Point, where over 2000 Caribs were massacred by the British and French in 1626, on your way to Romney Manor. Romney Manor is a charming Caribbean hideaway once owned by Sam Jefferson, the great, great grandfather of Thomas Jefferson. When you arrive, you will be able to explore its delightful gardens on the edge of the rainforest. This is the perfect place to enjoy the idyllic beauty of St. Kitts. You will have approximately 30 minutes of free time to wander and admire your surroundings, or observe a short demo of batik printing.

Depart Romney Manor and continue your tour through coastal villages, as your driver/guide imparts local wisdom and insights on the carefree way of island life. Along the way you will pass Brimstone Fortress, a UNESCO World Heritage Site, which is visible on the hill. Your next stops are Gibbons Hill, where the Atlantic Ocean meets the Caribbean Sea, and the approximately 70,000 year old volcanic formation, the Black Rocks. You will make a photo stop at this amazing ebony rock formation, and take in the spectacular views of the neighbouring Dutch islands of St. Eustatius and Saba, the cloud-capped dormant volcano of Mt. Liamuiga, lush mountain scenery, and the windswept Atlantic coastline.

Enjoy awesome views as you travel in air-conditioned comfort through the luxurious Frigate Bay Resort to the top of Timothy Hill, where photo opportunities abound. Witness breathtaking, panoramic vistas of the southeast peninsula, the sister island of Nevis, the pristine Caribbean Sea, and the tempestuous Atlantic Ocean, before making your way back to port with a lasting impression of your memorable island excursion of St. Kitts.

Restrictions
Guests must be able to walk over paved, gravel, and packed dirt surfaces, several of which are uneven and/or on an incline. There are steps at several of the stops.

Was a very personal experience with a knowledgeab
Had a one night one experience and felt very safe
Reviewer: Willie

A Delightful Day!
Our guide was WONDERFUL! She knows her country and is happy to share it. She was friendly and it was joy to be with her.
Reviewer: Cindy