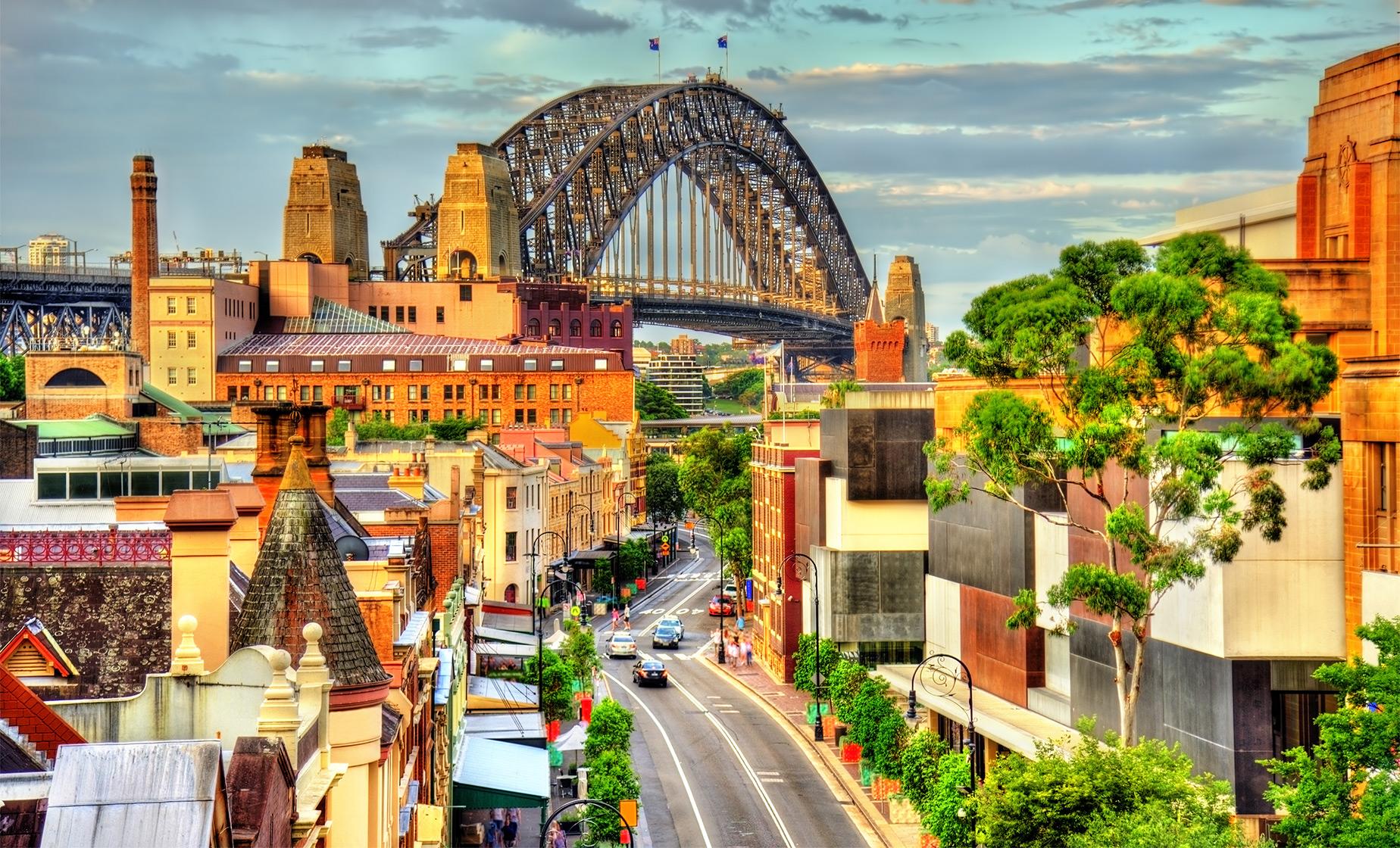 Numerous area hotels. Please select a hotel above.
Food/Beverage Provided Not Included
Recommended Dress We recommend wearing comfortable clothing in layers (weather appropriate) and sensible, sturdy, flat-soled enclosed walking shoes. Sunglasses, hat and sunscreen and water are also suggested.
Restrictions Guests must be able to get in and out of transportation. This tour is not wheelchair accessible.

Sydney is the capital of New South Wales and one of Australia's largest cities, best known for its harbor-front Opera House with distinctive sail-like design. Massive Darling Harbour and the smaller Circular Quay port are hubs of waterside life, with the arched Harbour Bridge and esteemed Royal Botanic Garden nearby.

Discover the iconic Sydney Opera House on a guided behind the scenes walking tour and see, feel and touch the magic that happens from rare vantage points that are off limits to the general public. Travel past Hyde Park, St. Mary's Cathedral, Parliament House, and the Art Gallery. Stop at Mrs. Macquarie's Chair for magnificent views of the Opera House and Harbour Bridge. Continue on through Woolloomooloo, Kings Cross, and Paddington, as you make your way to the world famous Bondi Beach, one of the most visited beaches in Australia. Stop here for a mid morning break and soak up the sun or take a walk along the beach. After the morning portion of your tour, you will be given a two-hour lunch break (at your own expense and choice).

Resume your tour in the afternoon and travel across the Sydney Harbour Bridge to Milsons Point and stop for spectacular views of the Sydney Opera House, Harbour Bridge, and the city skyline. Head east towards the Sydney Cricket Ground before arriving at La Perouse, a historical headland suburb where Captain Cook first landed in 1788. From this vantage point, see Botany Bay and the protected beaches where the English and French naval ships arrived on the shores of this land. See the historical buildings and learn how the Aboriginal people were impacted.

Return to The Rocks area and discover the birthplace of modern Australia on a guided walking tour. Wander the cobbled laneways and learn the rich history of the area from a British colony of convicts and sailors to a thriving entertainment precinct. Book this Sydney excursion today for an afternoon of spectacular photo opportunities at every turn.