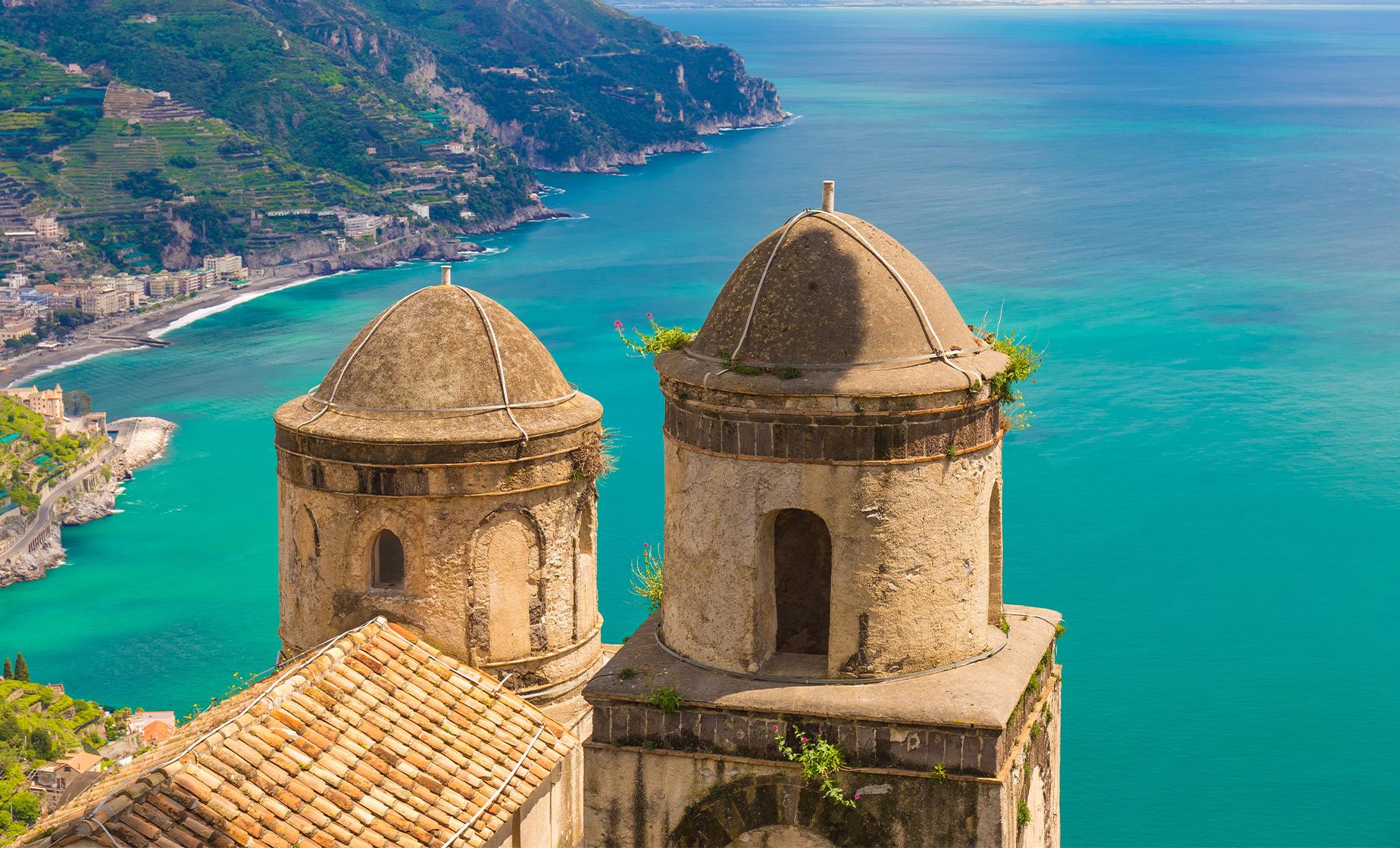 Review This Tour
From $135.00/person to $810.00/person (Select "Individuals" below) Price varies based on number of individuals in your group
Choose Options My Cruise Itinerary
Summary
Shore Excursion SizePrivate
Shore Excursion TypeScenic, Historic, Cultural
Shore Excursion Duration8 Hours
Activity LevelModerate
Shore Excursion Leaves FromTender Pier
Food/Beverage ProvidedLunch
Recommended DressWe recommend wearing comfortable clothing and sensible, closed toe walking shoes. Sunscreen and sun glasses are suggested.
RestrictionsGuests must be able to walk over cobblestones and uneven surfaces, inclines and steps. Guests should be in good physical condition with the ability to walk uphill or climb stairs. The tour itinerary may be reversed but always covering the mentioned sights. Heavy traffic congestion should be anticipated and may affect the duration of the excursion.

After meeting your professionally-trained guide, on the tender pier in Sorrento, if you are in a group of 7 or less, you will board your transportation and drive up the narrow road from the pier up to the town of Sorrento, perched on the cliffs above. Groups of 8 or more will board a minibus to reach your larger vehicle parked above in Sorrento. From here, you will drive through Sorrento, and then start climbing through the olive and lemon groves en route to the Amalfi Coast. Admire the dolomite cliffs, towering straight up out of the sea and typical villages, which have characterized Sorrento's Peninsular for many centuries. Pause for a photo opportunity at a vantage point to admire the fascinating coast. Drive along the steep winding coastal road passing Positano, a pretty fishing village, which has become something of a colony of artists and writers.

The picturesque seaside resort of Amalfi lies at the mouth of a deep gorge. It is one of the most popular holiday resorts in Italy. As a sea power, Amalfi played an important role in the Middle Ages. Amalfi was part of the four Maritime Republics that included Venice, Genoa and Pisa. After lunch at a local restaurant, you will have free time on your own to take photos and stroll along the narrow streets to the Piazza del Duomo. From this square, a flight of 60 + steps leads to the impressive Cathedral of St. Andrew. The interior of the church dates as far back as the 13th century with the highlight of the cathedral being the 11th century bronze doors from Constantinople.

You will then travel further south to another jewel in the Amalfi crown, Ravello. The town has been a destination for artists, musicians, and writers, including the likes of Grieg, Boccaccio, Woolf, Miró, Bernstein and others. Every summer, a music festival takes place in honor of Richard Wagner, who suggested that it was in Ravello that he found the inspiration for his Parsifal.

Adjacent to the Duomo, is the Villa Rufolo, that dates back to 1200AD. During your visit to the villa, you will feel the thousand years of Arab cultural influence. The main building, which contains a chapel and a reception hall, is built on three levels which in the past hosted high ranking persons among whom Pope Adrian IV and King Robert of Anjou. Perhaps the most favorite part of the villa is the famous garden that overhangs the sea. It is on this terrace where the Ravello Festival is held.

Restrictions
Guests must be able to walk over cobblestones and uneven surfaces, inclines and steps. Guests should be in good physical condition with the ability to walk uphill or climb stairs. The tour itinerary may be reversed but always covering the mentioned sights. Heavy traffic congestion should be anticipated and may affect the duration of the excursion.