Taormina and Etna with The Gold of the Gods 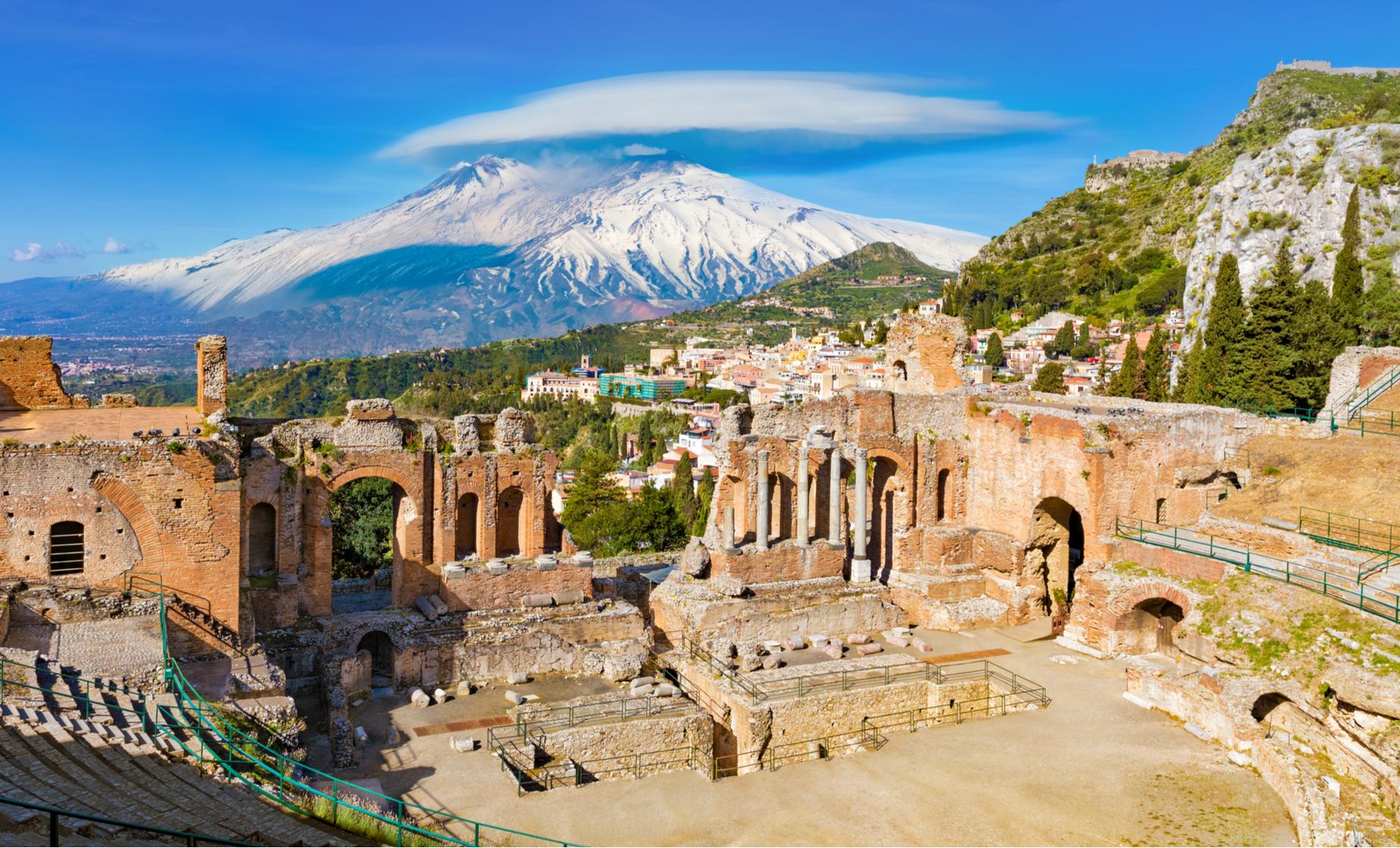 Cruise Ship Pier
Food/Beverage Provided Snacks, Beverages
Recommended Dress We recommend wearing comfortable, lightweight clothing and comfortable walking shoes. We also suggest a windproof jacket, hat, scarf, sunscreen and sunglasses.
Restrictions Guests must be able to get in and out of transportation and walk on even and uneven surfaces. Guests must be of legal drinking age to consume alcohol. This tour is not wheelchair accessible.

From Messina you will begin your exciting day and travel in comfort towards Taormina, approximately 1-hour away. Taormina's genesis and early history began with the Greeks who founded and named the town in 358 B.C. The climate is a dream, its position, perfect panoramas, monuments and luxurious flora and fauna render Taormina a location admired by all who visit it. The city lies on a terrace, with a view of the ancient Amphitheater against a backdrop of citrus groves with Mount Etna engulfed in the glory of the Ionian Sea beyond.

Once in Taormina, you will be guided for just over 1-hour with your local, knowledgeable and friendly guide where you will discover some of the treasures this medieval village keeps. Known as the Pearl of the Ionian Sea, view the ancient churches, palaces, unique squares with astonishing views, architecture, cafes and exclusive boutiques.

From here, continue to Mt. Etna where you will stop for a short visit at 1900m high. This is Europe's highest volcano and one of the most active in the world. Towering above the city of Catania on the island of Sicily, it has been growing for about 500,000 years and is amid a series of eruptions that began in 2001. It has experienced a variety of eruption styles, including violent explosions and voluminous lava flows. More than 25% of Sicily's population lives on Etna's slopes, and it is the main source of income for the island, both from agriculture (due to its rich volcanic soil) and tourism.

Leave Etna behind and begin to make your way back to Messina and make your last stop of the day at a local farm to discover what is known as the "Gold of the Gods", the local honey. The quaint, local village of Zafferana Etnea lies at the base of the volcano. At approximately 500m above sea level, the commune provides a cooler climate during the oppressive heat of summer. Nestled between mountain and sea, the green hills rise to the heights of Mt. Etna but is minutes to the Ionian Sea. Here you will indulge in a delicious tasting of local products to savor the true flavor of Sicily. Enjoy olive oil, bread, dried tomatoes, wine and honey that will give you a reason to never forget this destination.

Restrictions
Guests must be able to get in and out of transportation and walk on even and uneven surfaces. Guests must be of legal drinking age to consume alcohol. This tour is not wheelchair accessible.