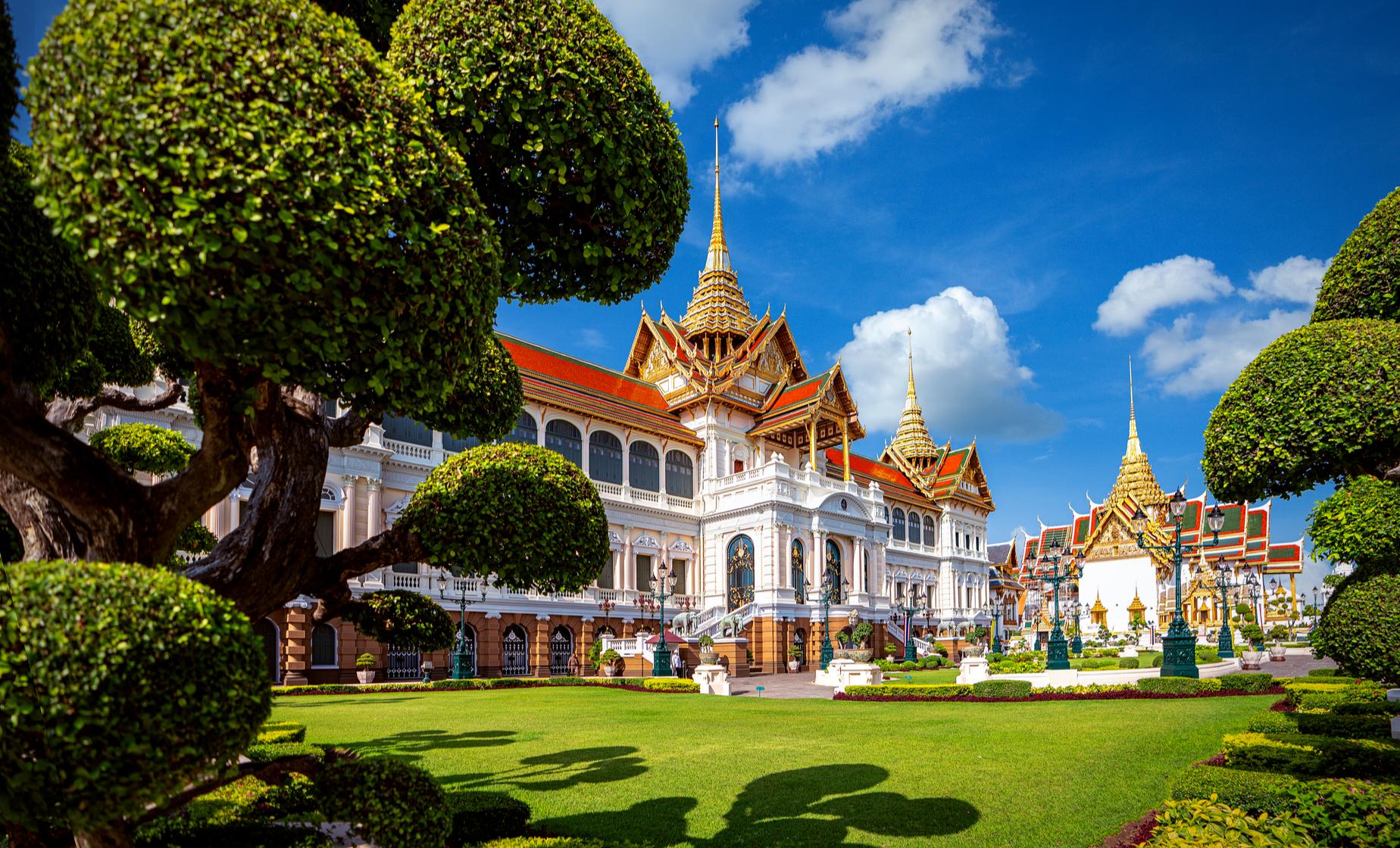 On this full day tour of Bangkok, you will visit the Grand Palace and the Wat Phra Kaew, take a canal tour on a private boat, and later see the Wat Traimat, the Golden Buddha, and Chinatown. Your air conditioned transportation and English speaking local guide will render your excursion informative and comfortable, but most of all, fascinating.

Upon leaving the port at Laem Chabang, you will embark on an approximately 2-hour drive to Bangkok, one of the most sought after destinations in Asia. Occupying a space of 1,568.7 square kilometers (605.7 sq mi), it is a vast metropolis with a population of 14 million. Officially known as Thonburi Si Mahasamut, meaning city of treasures gracing the ocean, you'll understand the title aptly applies to Bangkok.

Visit the gorgeous Grand Palace and gaze at its golden gleaming roof. It has acted as the official residence of the Kings of Siam (now Thailand) since 1782. If it is a clear day, the golden roof will contrast nicely with the deep blue sky. Also on this tour is the Wat Phra Kaew, or Temple of the Emerald Buddha. Within the area of the Grand Palace, the Wat Phra Kaew was commissioned by King Rama I to house what is considered a sacred object: the Emerald Buddha. It is believed the Emerald Buddha was crafted in 14th Century Siam, but there is debate on whether or not it originated from India or Sri Lanka.

No trip to Bangkok is complete without a ride on one of its canals. From the vantage point of a private boat, you'll be able to view both old and new Bangkok daily life as locals conduct their affairs using the waterway as a method of transport and commerce. This should prove to be an eye opening experience for all visitors to this Asian destination. (This boat ride is optional and at an additional expense, cost ranges from $5-$8 USD per person).

You will then proceed to see another sacred site: the Wat Traimat, or Temple of the Golden Buddha. Again, you will be enthralled by the golden roof top spire crowning the ghostly white temple building. The Golden Buddha, measuring 3 meters (9.8 ft) tall and weighing 5.5 tons, is the largest golden Buddha statue in the world, comprised of nine pieces. Its history is equally impressive in how it was discovered through an accident. In 2010, a new building was constructed to house the immense golden masterpiece.

Not far from the Wat Traimat is Chinatown, where your guide will lead you through its morass of market stalls, food vendors, and shops. Though it is a 1 kilometer strip within Bangkok, Chinatown is packed with sights, sounds, smells, and tastes that will tantalize your senses. You'll either be able to purchase a lunch here or near the Chao Phrya River. Your guide will assist you in finding a good place to eat and order your meal.

Sadly, it will then be time to return to your transportation for the ride back to the port in Laem Chabang. However, you will have collected memories (and hopefully photos) of an experience in a city that most can only see in their dreams.

Please Note: Entrance fees to particular sites and boat ride are not included and are optional at your own expense.

Recommended Dress
As you will be visiting a religious or memorial site, shoulders, knees and feet must be covered. Sensible, closed toe rubber-soled walking shoes are recommended. Clothing such as crop tops, exercise clothing, torn pants or clothing that is tight or see through is prohibited. Men must wear long pants and shirts with sleeves (no tank tops. If sandals or flip flops are worn, socks must be worn with them. Sun glasses and sun screen are also recommended. Visitors must be properly dressed before being in the area that is in the vicinity of these sacred sites.

Restrictions
Guests must be able to step in and out of the vehicle. A collapsible wheelchair can be accommodated on this tour. Making purchases from local vendors along the way towards the Grand Palace entrance is no longer permitted.

4.5Based On 2 Reviews Review This Tour

Reviewer: Marybeth Mermis
Everything was fine!