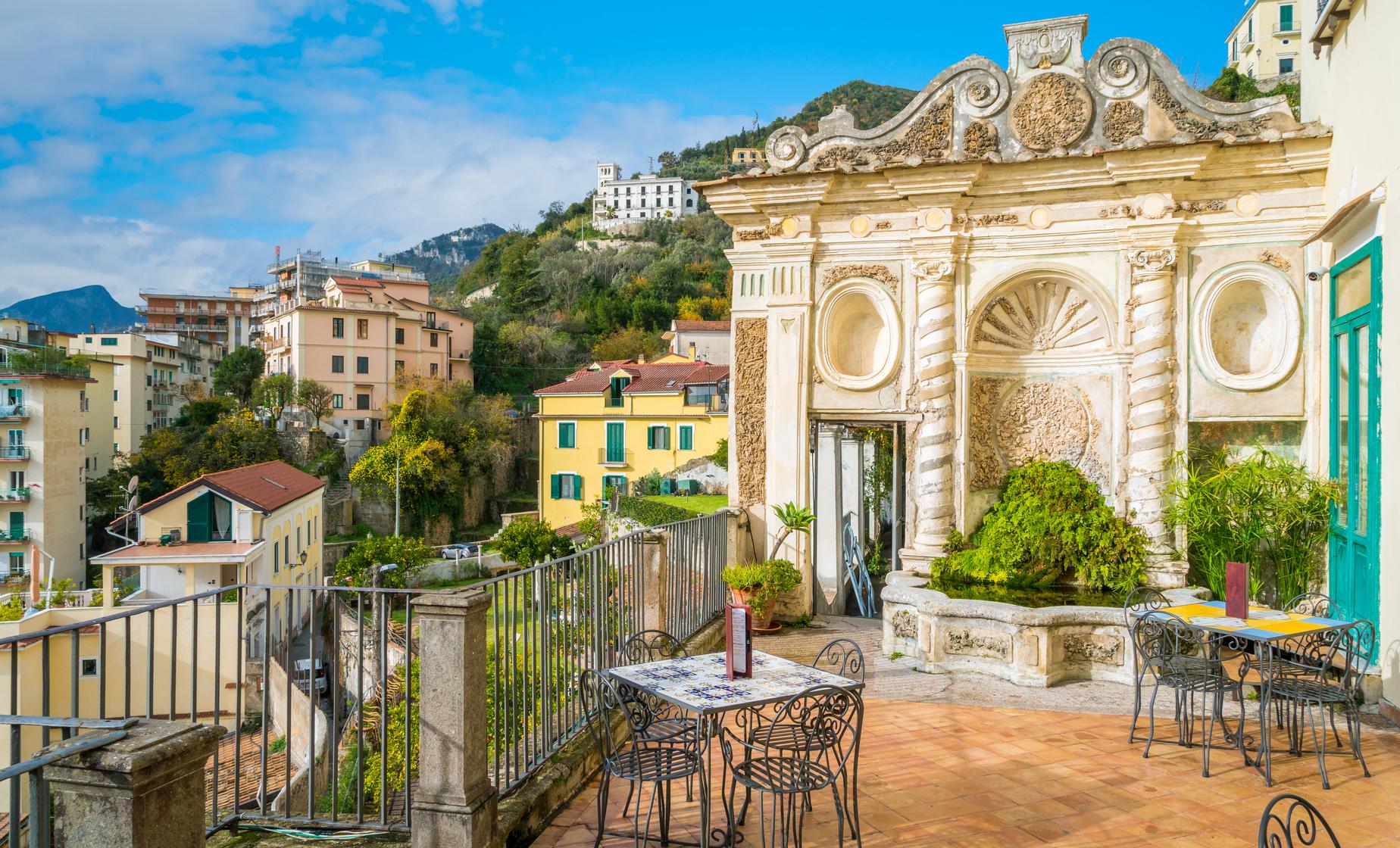 The incredibly scenic port city of Salerno is located southeast of Naples and is known as the city of the landing of the Allies and the ancient medical school. Atop Monte Bonadies, the centuries old Arechi Castle has sea views, plus Museo Medieval del Castello, exhibiting medieval ceramics and coins. In town, built on the ruins of a Roman temple, is Salerno Cathedral with Byzantine bronze doors, a baroque crypt and a marble altar. The terraced Minerva’s Garden has been growing medicinal plants since the 14th century.

Be greeted directly at the cruise ship pier area by your local, friendly representative and set off from the port of Salerno to the city center, only a few minutes away. Your knowledgeable, English-speaking guide will introduce you to this ancient place with panoramic views at every turn.

Salerno is the second largest city in the Campania region, with one of the largest ports in Italy. It was the capital of Italy after the Second World War and experienced the drama of the landing of the Allies. The liberty style of the palaces of power is beautiful, and the historic center is splendid, with the cathedral of St. Matthew, founded by Roberto the Guiscard, prince of the Normans.

From the hill "Bonadies" the ancient Lombard castle watches over the city, "the castle of Arechi", said because the construction of this fortification is associated traditionally to the Lombard Duke Arechi II, from which the Normans took power after bloody struggles. Salerno is the city of the ancient medical school, from which the branches of modern medicine derive. Today the history of the prestigious medical school in Salerno is told in the museum dedicated to it, along the picturesque lanes of the old town, rich in jewelers and goldsmiths, a tradition that has been handed down from family to family.

Leisurely walk along the park, past the theatre and the beautiful liberty style buildings. After visiting the splendid cathedral dedicated to St. Matthew and the historic center, relax along Corso Vittorio Emanuele, full of shops.

Finally, you will begin to walk along the seafront reaching your ship at the port once again. The city has invested in various urban-regeneration programs centered on this historic neighborhood, which features a tree-lined seafront promenade widely considered to be one of the happiest and most attractive in Italy.

Sign up today and don’t miss out as group size is kept small for a personal and intimate experience.

Restrictions
Guests must be able to walk on paved and unpaved surfaces. The tour will operate in all weather conditions. This tour is not recommended for guests with any mobility issues but can accommodate a collapsible wheelchair.