Private William the Conqueror in Bayeux and Caen 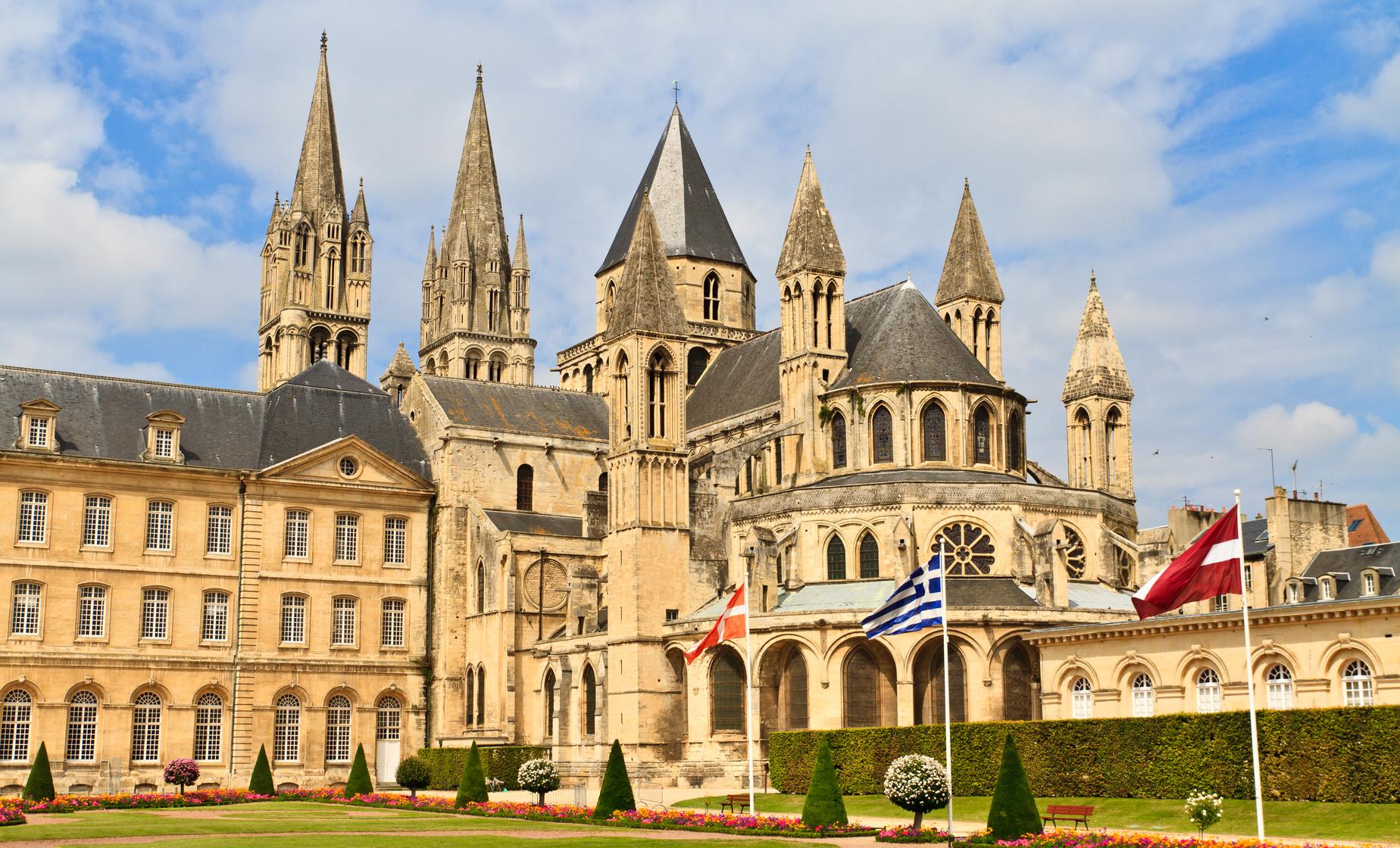 Review This Tour
From $145.00/person to $1295.00/person (Select "Individuals" below) Price varies based on number of individuals in your group
Choose Options My Cruise Itinerary
Summary
Shore Excursion SizePrivate
Shore Excursion TypeScenic, Cultural
Shore Excursion Duration8 - 9 Hours
Activity LevelModerate
Shore Excursion Leaves FromShips Pier
Food/Beverage ProvidedNot Included
Recommended DressAs you will be visiting either a memorial or religious site, shoulders and knees should be covered. Sensible, flat-soled walking shoes, sun glasses and sunscreen are also suggested.
RestrictionsGuests must be able to walk over paved, gravel, cobblestone and packed dirt surfaces, several that are uneven and/or on inclines. There are some steps at all sites visited.

Private William the Conqueror in Bayeux and Caen

Departing from the cruise pier in Le Havre, you will drive for approximately 70 minutes southwest to Caen, the capital of Basse-Normandie. The town was known for its historical buildings that dated back to the reign of William the Conqueror, (1066 - 1087AD). Unfortunately, due to its location between the D-Day beaches and the rest of Europe, much of the city was destroyed, especially during the Battle for Caen in August of 1944.

One of the few remaining buildings is William's castle, built circa 1060 AD, which is one of the largest medieval fortresses in Western Europe. It was turned over to French rule in 1204 AD and was in use through much of France's military history up to and including WWII when it served as a barracks.

The Abbey of Saint-Etienne, or Abbaye aux Hommes (Men's Abbey) and the nearby Ladies Abbey (Abbaye aux Dames) are the only other remaining buildings from the 11th century. Donated by William as a penalty for his marriage against the Pope's ruling, the buildings, although Romanesque in design, are considered forerunners of Gothic. William's remains are buried in the Men's Abbey, his wife in the Ladie's Abbey. A visit will be made to the Men's Abbey.

Departing Caen, you will travel approximately 30 minutes west to the charming town of Bayeux. Founded in the 1st century BC, it was the capital to the Bodiocassi people of Gaul. It was destroyed by the Vikings in the late 9th century and slowly rebuilt in the 10th Century by the Normans. Although burned to the ground in 1106 by Henry I of England, and pillaged by various groups until an amnesty was granted in 1450, many of the city's historic structures survived the centuries. Due to the town's position further west of the D-Day beaches, its structures were virtually untouched during WWII.

During your walking tour of the Bayeux city center, you will visit the Cathedrale Notre-Dame de Bayeux. The current Norman-Romanesque cathedral was consecrated in 1077. It was here in 1064 that William forced Harold Godwinson, at that time an earl, to take the oath of loyalty to William, then duke of Normandy. Two years later Harold renounced the oath and claimed the English throne for himself. In doing so, he became the last Anglo-Saxon King of England and was killed by William's followers 10 months later during the Battle of Hastings and the Norman conquest of England.

For guests wanting an in-depth view of the Norman Conquest timeline, an optional visit to the Bayeux Tapestry is a must. The 230 foot long embroidered cloth depicts the events leading up to the Norman conquest of England concerning William, Duke of Normandy and Harold, Earl of Wessex, later King of England, and culminating in the Battle of Hastings.

It was commissioned in 1070 by William's half brother, and made in England, to hang in the Bayeux Cathedral. Due to its value, it was confiscated during the French Revolution in 1792, and continued to bounce from place to place for the next 150 years including the Musee Napoleon in Paris, a library, a hiding place during the Franco-Prussian War and it was even stored in the basement of the Louvre by the Gestapo during the German occupation of Paris during WWII. After the war, it was displayed in the Louvre until, in 1945, it finally returned to Bayeux where it was put on display in the Musee de la Tapisserie de Bayeux.

Although personal and political propaganda may have distorted some of the historical accuracy of the 50 panels that make up the tapestry, it is a unique visual document of medieval arms, apparel, and other objects unlike any other artifact surviving from this period.

While in Bayeux, time will be taken for lunch on your own. From here, it is approximately one hour, 45 minutes drive back to the pier in Le Havre. Optional visit to the Bayeux Tapestry is not included in the tour price. Admission is approximately 9 Euro per person and would be guests responsibility at the site.

Dress
As you will be visiting either a memorial or religious site, shoulders and knees should be covered. Sensible, flat-soled walking shoes, sun glasses and sunscreen are also suggested.

Restrictions
Guests must be able to walk over paved, gravel, cobblestone and packed dirt surfaces, several that are uneven and/or on inclines. There are some steps at all sites visited.