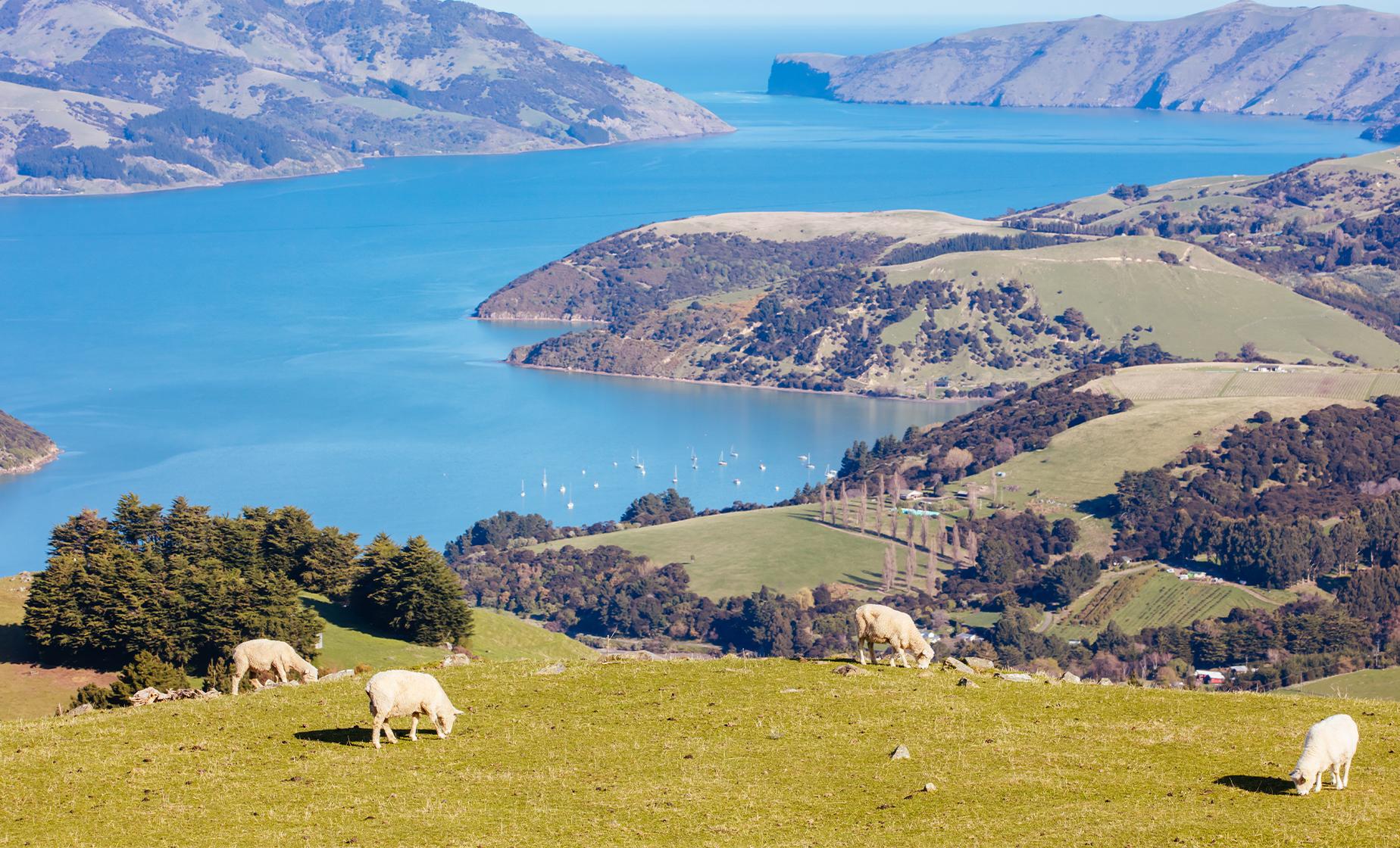 On this excursion you will discover Banks Peninsula and the city of Christchurch, as well as the Willowbank Wildlife Reserve.

Upon arrival to Christchurch and following a stop at the botanical gardens, enjoy a sightseeing tour that showcases the city landmarks: the Bridge of Remembrance, the Canterbury Museum, as well as the Art Gallery and the Art Center. Other sights include the badly earthquake damaged Christchurch Cathedral, and the Cathedral of the Blessed Sacrament. The city center is currently under construction with both demolition and rebuilding underway. Due to road closures and new areas re-opening, road access can change on a daily basis.

The tour then continues on to the Willowbank Wildlife Reserve, home to 50 types of animals. The highlight of course is catching a glimpse of New Zealand's kiwi bird, a mixed-up creature with tiny wings, a long bill, cat-like whiskers, and hair-like features. Youll hear about the special kiwi breeding program at Willowbank and might spot several varieties of these unusual birds, including North Island brown and South Island spotted kiwis. Other species found at Willowbank include deer, wallabies, otters, gibbons, and lemurs. There is also a range of birds from chickens to native Keas and Takahe, Tuatara's, and Kunekune Pigs --kune means fat, so you will meet some fat fat pigs!

Food/Beverage Provided
Not Included
Recommended Dress
We recommend guests wear comfortable clothing, with layers that may be removed, walking shoes, and sunglasses.

Restrictions
Guests must be able to walk over paved, gravel, and packed dirt surfaces, some of which are at an incline. Most sites are accessible for collapsible wheelchairs.

4.5Based On 8 Reviews Review This Tour

Reviewer: Norma
The drive through the peninsula was very pretty. Unfortunately we only had 30 minutes in Christchurch. It would be better after such a long drive to spend at least 1-1/2 hours there. Really enjoyed the wildlife reserve.

Reviewer: Nancy A Norton
This tour started at 10:30am. The bus met us near the dock in Akoroa. It was about a 1.5 hour ride through the country to Christchurch. Our driver was conscientious and informative. We had a short stop at some botanical gardens before we took a quick tour of the city, which showed us some of the places that were still impacted from the earthquake Christchurch experienced in 2011. Our next stop was the Willowbank Wildlife Reserve, where we had a wonderful tour with Rachel. It held many birds and a kiwi exhibit. We actually got to see 4 of these birds in a habitat that has switched day and night. Very cool! Following that, we made our way back over the mountains to Ankoroa. This was a 6 hour excursion.

Reviewer: Ed Auerbach
The drive from Akaroa where ships dock, through Banks Peninsula to Christchurch is a long but interesting drive where you see much of the countryside. Christchurch is a magnificent city. Willowbank Wildlife Reserve is a family owned and operated place where animals are displayed for public viewing. They advertise that they participate in conservation of Kiwi's and other wildlife. If you imagine that this is a vast wildlife sanctuary it's not. It was interesting to go inside the Kiwi habitat they've created and also to go inside the large bird enclosures.

Reviewer: James Donnelly
The tour of Banks Peninsula and Christchurch were excellent. Willowbank was just OK. We should have gone to the Antarctic enter instead. The driver was excellent, very knowledgeable, friendly and safe driver.