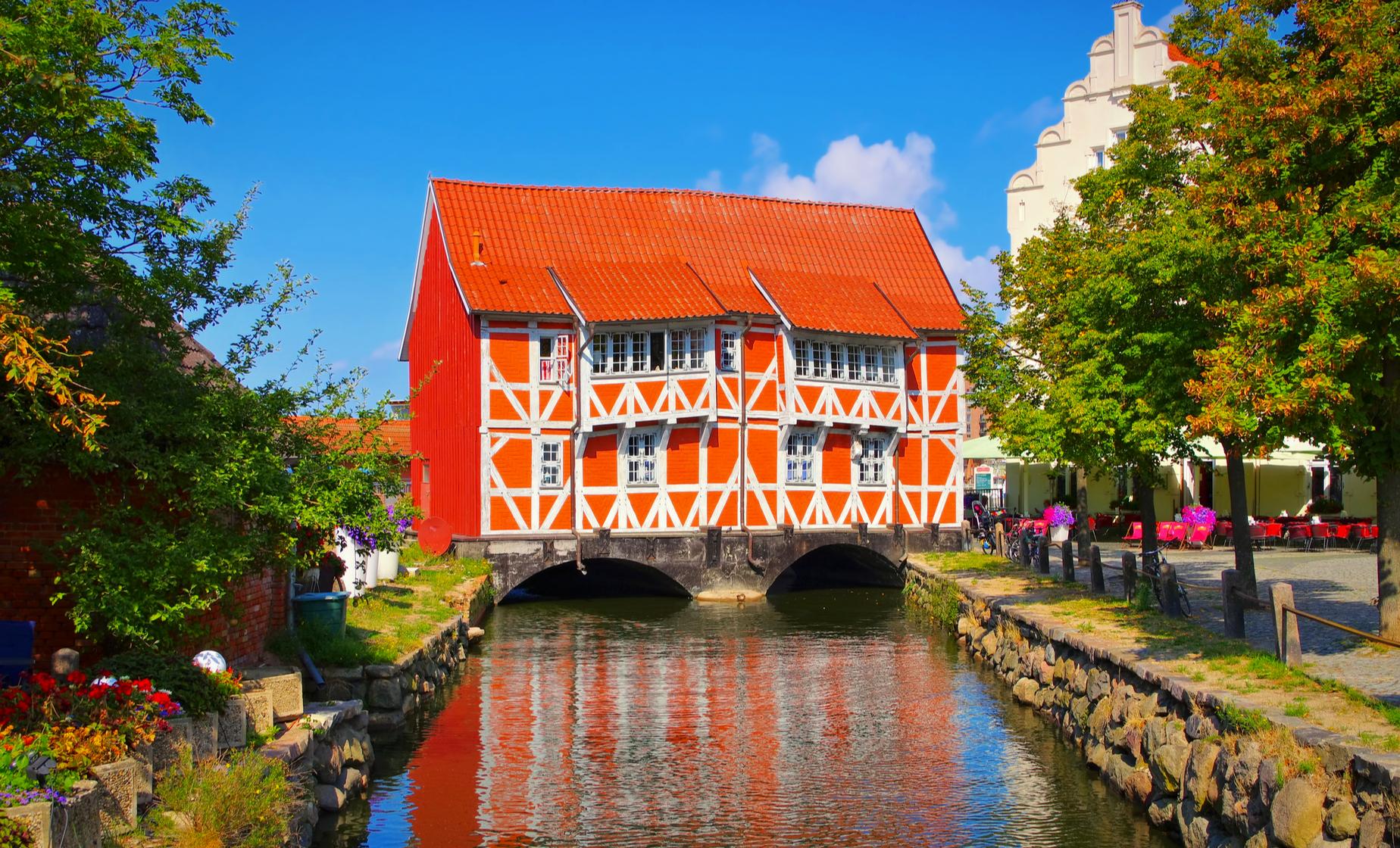 5.0 / 5  |  4 ReviewsReview This Tour
Price: $125.00
Choose Options My Cruise Itinerary
Summary
Shore Excursion SizeStandard
Shore Excursion TypeCultural, Scenic, Cuisine
Shore Excursion Duration5 Hours
Activity LevelModerate
Shore Excursion Leaves FromCruise Ship Pier
Food/Beverage ProvidedA Mumme beer and a traditional German snack is included.
Recommended DressWe recommend wearing comfortable seasonal clothing and sensible walking shoes.
RestrictionsDue to the amount of walking, some of which is over cobblestone roads, and the steps at the brewery, this tour is not recommend for guests with walking difficulties. This tour is not wheelchair accessible. Public restrooms are available throughout the excursion; however, please note, they usually cost approximately 0.50 EUR to 0.70 EUR (not included) and need to be paid in cash.

Wismar is located along the Baltic Sea, this port and Hanseatic city is brimming with charm, well-preserved medieval buildings and a UNESCO World Heritage Site designation.

Founded in 1229, Wismar was one of the first cities established in Mecklenburg. It soon became a thriving center of trade, with merchants, barrel makers, sailors, fishermen, guild-members and more flocking to its shores. Pirates were in abundance too, including Germany's most famous pirate, Klaus Stoertebecker. A privateer with the Victual Brothers, he lived there for a time and was rumored to have been born there.

Your expedition into all things Wismar begins as you leave the port of Warnemuende for a scenic one hour drive accompanied by your local guide to the heart of this enchanting city. Once in Wismar, you will leave your coach and continue on foot with your guide and pass along cobbled streets and see the Classic Rathaus (Town Hall), Water Tower, and the historic drainage system, as well as the merchant houses. Take a break after all those medieval impressions at the "Brauerei am Lohberg", a nostalgic brewery and pub that started in the Middle Ages. Beer drinkers will rejoice with a glass of "Mumme", a widely acclaimed strong dark beer, brewed according to a recipe from the Middle Ages. During the Hanseatic period the citizens drank Mumme, and produced 4000,000 liters of beer annually for consumption and shipping along well-worn trade routes to distant lands. Enjoy your beer with a traditional German snack, a " Laugenpretzel" or " Schmalzbrot".

Discover this Baltic beauty for yourself by booking this 5-hour tour of Wismar now.

Food/Beverage Provided
A Mumme beer and a traditional German snack is included.

Restrictions
Due to the amount of walking, some of which is over cobblestone roads, and the steps at the brewery, this tour is not recommend for guests with walking difficulties. This tour is not wheelchair accessible. Public restrooms are available throughout the excursion; however, please note, they usually cost approximately 0.50 EUR to 0.70 EUR (not included) and need to be paid in cash.

5.0 / 5  |  4 ReviewsReview This Tour
Go to Wismar not Berlin
Thoroughly enjoyed this tour with Karl our guide, he grew up in this area so knew it completely and had lived through the different political regimes which was so interesting to learn about. Loved the town, learning its history and architecture, churches, and the last stop at the brewery for the beer (light and dark glassfuls not just a taste!) with a warm German "pretzel" completed a perfect day. Also it was just my husband and I so a real personal tour. Thank you Karl.
Reviewer: Hazel

This tour is a must-do when in port at Warnemunde!
We had a private tour, as only my husband and I signed up while on the cruise ship and deciding that we didn't want to do the Berlin 6-hours-back-and-forth trip. Our driver Jens was amazing, and asked us what we like in a tour. We told him that we like history and architecture, and so he catered the tour to visit the Churches with historic artifacts, commentary on the Dutch Renaissance architecture style and why it was chosen there, the history of the town based upon its world-famous beer brews, and how the town was hit erroneously in WWII. We took a tour along the river port, and then did a distillery tasting. We brought back some expensive whiskey made from the beer, and tasted the Middle-Age Recipe beer (but bought extra beer--the Irish Red, which was fantastic). No one else who went locally to Warnemunde or Rostock was going on-and-on about their excursion as we did!
Reviewer: Danny C.

Wismar is Such a Quaont Town
We had a private tour, as only my husband and I signed up after we found out our first choice was no longer available. We took The autobon at rates of speed higher than you can take on the US highways. Wismar was adorable, with its Dutch Renaissance house fronts. Our tour guide with SEG, Jenns, I think, was knowledgeable and friendly, and we learned a lot about East German history. We had some free time at the pier, where I recommend you plan a lunch of fish sandwich which you purchase fresh off the boat and they will cook it for you. The local beer place has been open. continuously sice the Middle Ages—amazing! If you enjoy kirsch or other fruit or whiskey distillates, ask to taste some 3.5 euros a taste—pretty pricey. But, we walked away with some neat finds. Pear, cherry, raspberry, and some sort of mixed fruit liquors distilled by this brewing company.
Reviewer: Carol