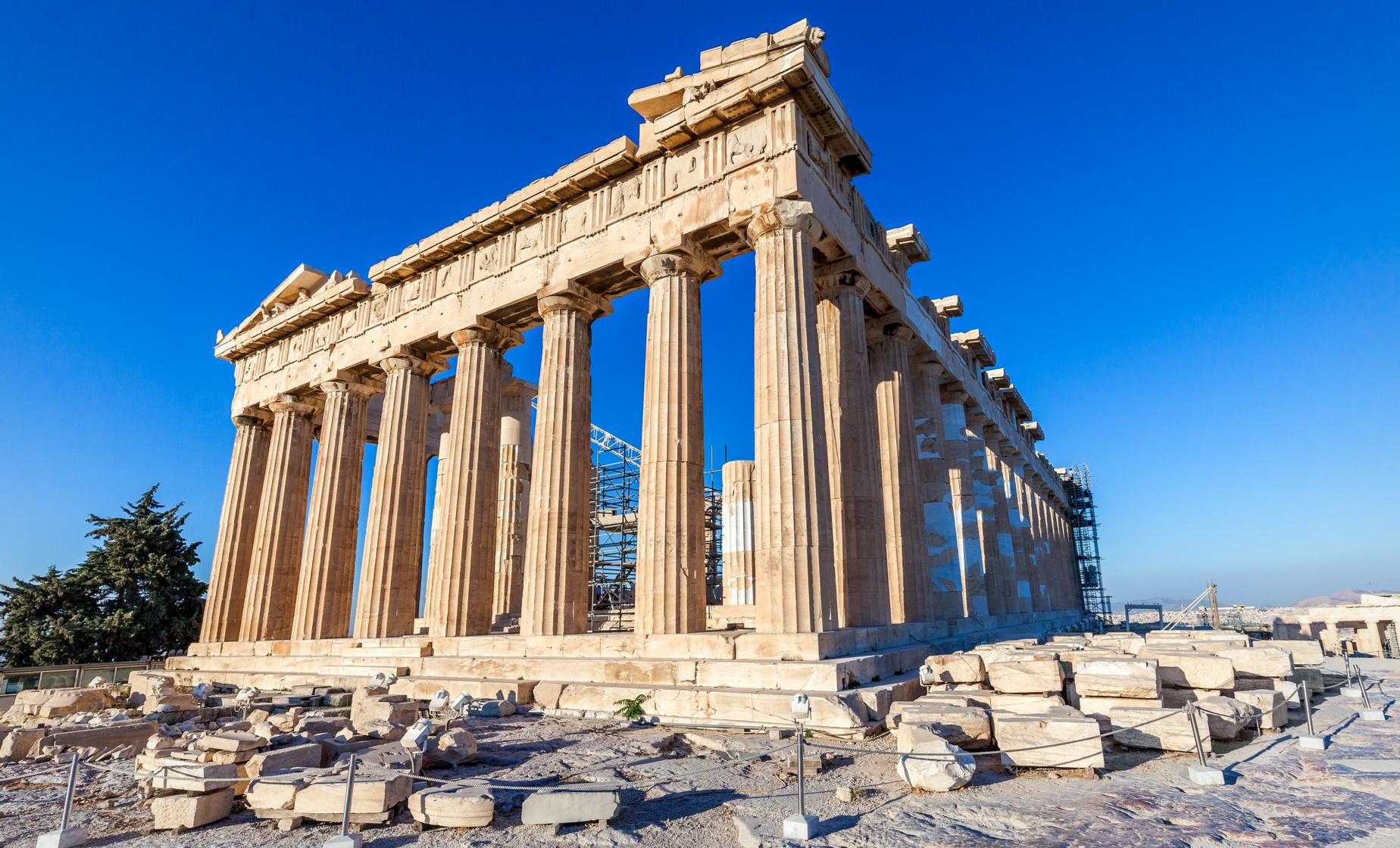 Review This Tour
From $70.00/person to $595.00/person (Select "Individuals" below) Price varies based on number of individuals in your group
Choose Options My Cruise Itinerary
Summary
Shore Excursion Size

Cruise Ship Pier
Food/Beverage Provided Not Included
Recommended Dress Comfortable clothing and sensible, flat-soled walking shoes are recommended. Sun glasses and sun screen are suggested.
Restrictions To climb up to the Acropolis, guests must be able to walk over paved, inclined paths, some with steps, then climb a series of steps to reach the propylea. The walking surfaces on top of the Acropolis are uneven.

After meeting your professionally trained and licensed guide on the pier, you will depart for the center of Athens, approximately 30 minutes drive from the pier. You will visit the Acropolis of Athens. This monument is recognized as the culmination of Greek architecture, art and sculpture. In the second half of the fifth century B.C., Athens, following the victory against the Persians and the establishment of democracy, took a leading position amongst the other city-states of the ancient world. As thought and art flourished, an exceptional group of artists under the guidance of Athenian statesman Pericles and the sculptor Pheidias, set out on a ambitious plan to transform the rocky hill of the Acropolis into a unique monument to thought and the arts. You will view The Parthenon, constructed between 447-432 B.C. as the focus of the Acropolis building complex. Dedicated to the goddess Athena Pallas or Parthenos (virgin), its main function was to shelter the monumental statue of Athena that was made out of gold and ivory. You will see the Erechtheon, started in 420 B.C. as a temple for religious rituals, the Propylaea, the monumental entrance to the Acropolis which blends Doric and Ionic building principles, and the small temple Athena Nike, which stands on a protruding mass of rock, protecting the gate to the citadel.

From the Acropolis, you can also look down on the Ancient Agora, Tower of the Winds, Herodes Atticus Theater, and the Theater of Dionyssos from your lofty perch. In the distance you can see the Temple of Zeus, and the former Royal Palace, now the House of Parliament.

After descending the Acropolis, enjoy a city orientation drive viewing such sights as the Temple of Zeus, the Tomb of the Unknown Soldier and the former Royal Palace which is now the Greek House of Parliament. You will pass by the University of Athens, the Academy of Athens, and the National Library. Next, you will proceed to the Panathenian Olympic Stadium where the first modern Olympic Games were held in 1896. After a short photo stop at the Olympic Stadium, you will drive back to the pier.