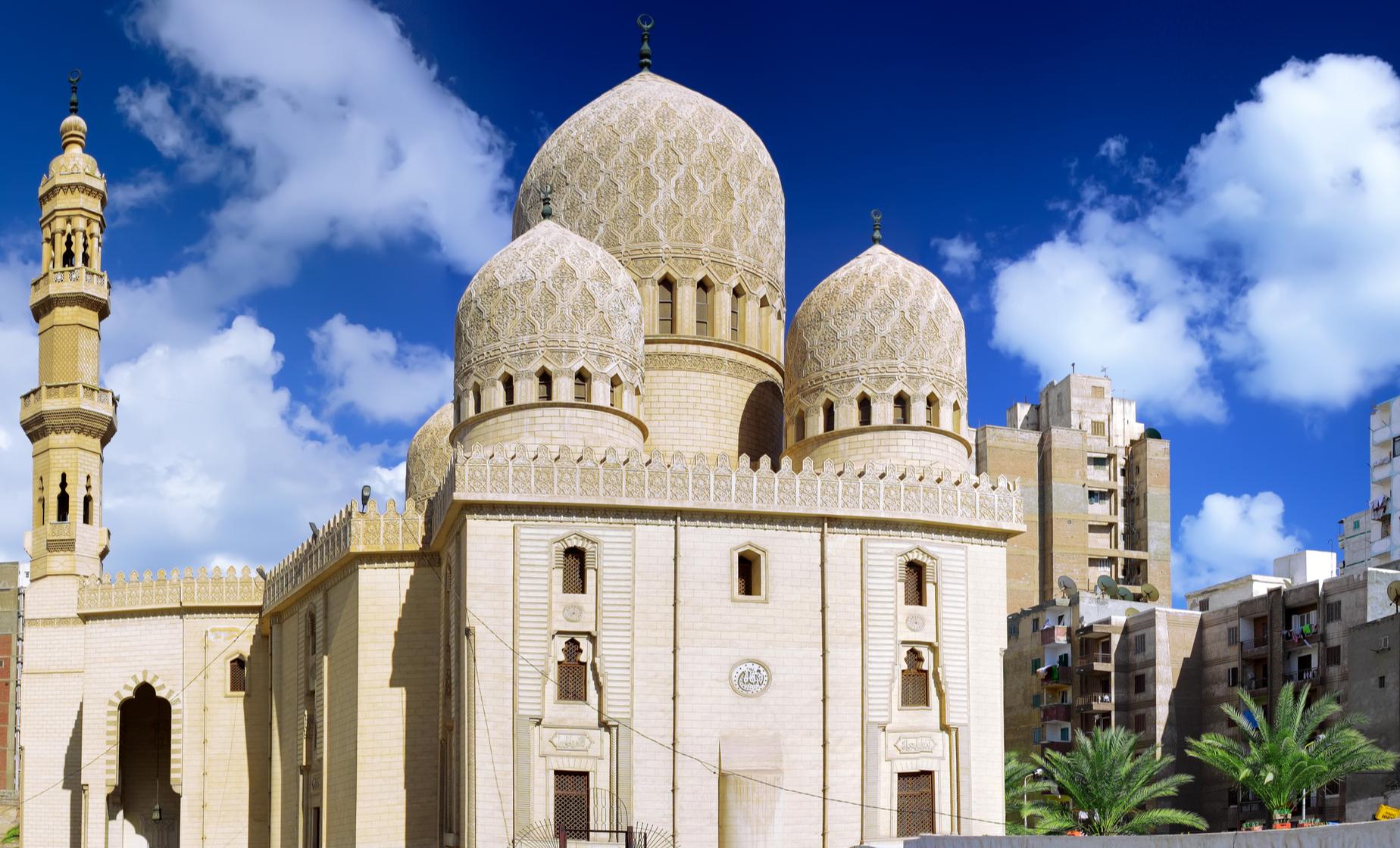 Ship Pier
Food/Beverage Provided Lunch
Recommended Dress Comfortable clothing and sensible, comfortable walking shoes are recommended. Sun glasses and sunscreen are suggested.
Restrictions There is walking over uneven surfaces s, and approximately 100 steps each way to access the Catacombs. There are steps at the library. Other sites are paved / smooth walking surfaces.

Avoid the masses on this outstanding tour of Alexandria's many extraordinary highlights. Your Alexandria, Egypt excursion departs from the Port of Alexandria for the drive to the Catacombs of Kom El Shoqafa, one of the Seven Wonders of the Middle Ages. Discovered by a donkey in 1900, the catacombs represent the largest Roman cemetery in Egypt and include the remains of more than 300 individual tombs. Constructed in the 2nd century A.D., probably for one family, they were later expanded to three levels cut 90 feet deep into existing rock. They now merge Roman, Greek and Egyptian cultural aspects in their design and decoration. The catacombs are accessed by a series of descending circular steps.

Next, you will visit the new Bibliotheca Alexandrina, built on or near the site of the ancient Library of Alexandria, at the beginning of the 3rd century B.C. The ancient library was not only a repository of books; it was also a museum, school and the world's foremost center for learning and scholarly research. In the 4th century A.D., a fire destroyed both the library and museum.

Your excursion will include a visit to the new library and a walking tour of the grounds, which feature a museum, galleries and a planetarium. Your guide will explain the architecture and UNESCO's part in the creation.

The Pharaonic collection spans each critical period and includes items from the Old, Middle and New Kingdoms. One of the highlights is a replica of a tomb, similar to those in the Valley of the Kings on the West Bank at Luxor (ancient Thebes), that includes a mummy along with genuine funerary items. Alexandria was a Greco-Roman city of great splendor and there is no scarcity of objects from this period, including artifacts raised during underwater excavations around Alexandria in recent years.

Your shore excursion takes you next for a drive along the Mediterranean coast to the Montaza Gardens, 115 acres of gardens that surround the Montaza Palace, built in 1932 by King Fouad and inherited by his son King Farouk, last of the Egyptian kings. Upon arrival at the gardens, you will be served a seafood lunch. After lunch, you will continue your private excursion of Alexandria on an orientation drive. Start with a brief drive through the gardens. You will then make a photo stop at the beautiful Abu El Abbas Mosque, the Tomb of the Unknown Soldier and near the Citadel of Quait Bay, which sits on the site of the Ancient Lighthouse of Alexandria. You will then return to the pier.

4.7 / 5  |  3 ReviewsReview This Tour
Fantastic Tour!! The tour guide was A++
We were picked up on time and were in a comfortable 15-18 passenger van. The tour guide was excellent. We saw the catacombs, citadel, museum, mosque, park, and had a good lunch. The tour guide bought us each sugar cane juice and ice cream as a bonus. Alexandria is dirty with trash around everywhere, but this wasn't the tour guide's fought. I would highly recommend this shore excursion if you go to Egypt.
Reviewer: Travel Grandma10

Only One Person, but great
Surprisingly only one of us on this tour. There was a tour guide and a driver. We saw everything we were suppose to see including lunch.
Reviewer: Cliff

Discover Alenandria in style!
This was a first and since then we have been telling everyone on our cruise of our great experience at a more affordable price. Since the groups are smaller it makes it easier to get info from the guide. Also makes it easier for the guide to modify or adjust the excursion according to the clients. Well done.
Reviewer: Gaston