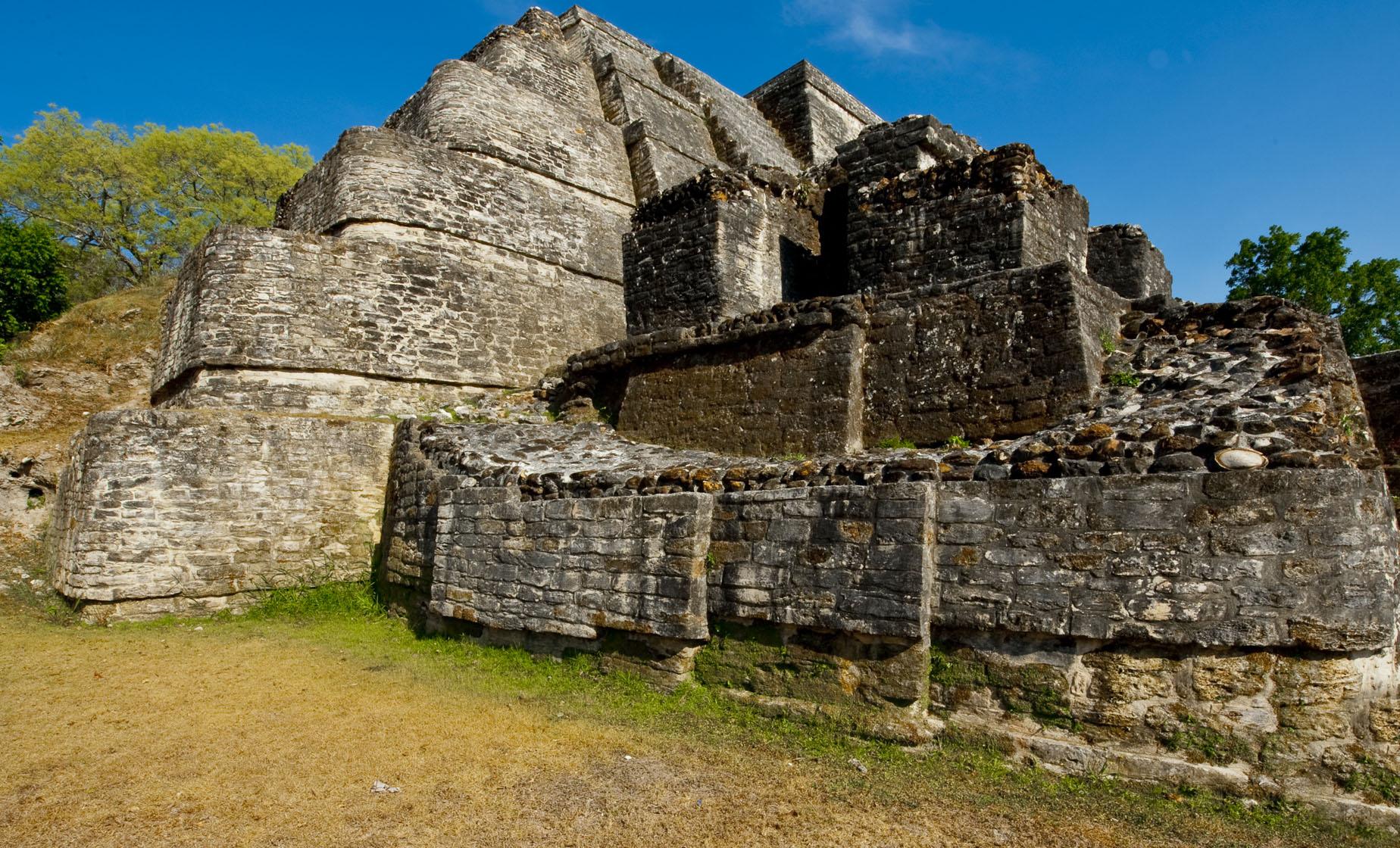 Cruise Ship Tender Pier
Food/Beverage Provided Beverage Included
Recommended Dress We recommend comfortable clothing and sensible walking shoes or sneakers, which are required for walking through the ruins. Sunglasses and sunscreen are also suggested.
Restrictions Guests must be able to walk over packed dirt and grass terrain with inclines. There are uneven steps at the site. This tour is not recommended for children 3 and under. Please be aware that the road from the highway to the site is in poor condition and the ride is bumpy. Guests with neck, back, or hip ailments, and pregnant women should not participate in this tour.

Escape the large buses and the crowds that come on them on the Altun-Ha and Belize City excursion. As you drive for approximately 1 hour through the countryside to reach the site, your Belize tour guide will tell you of the mysterious and mystical Mayans.

The Altun-Ha (Mayan for stone water) area was first populated in 1000 B.C. and the city was expanded in A.D. 700. It is believed to have had a population of 3,000. Many high-status items, including jade recovered at the site, indicate the city was home to many wealthy citizens. Structure B4 revealed a richly furnished tomb of one of Altun-Ha's rulers, and among its contents is the largest jadeite sculpture yet found. It represents Kinich Ahau, the Mayan sun god. Weighing in at almost nine pounds, this has been Belize's most valuable find to date. Other tombs contained jadeite objects as well.

Excavations indicate that this center was part of a trade network that reached from the Caribbean coast to the central lowlands of Guatemala. The site covers an area of about five square miles. The central square mile of the site has remains of around 500 structures, the largest of which, the Temple of the Masonry Altars, is 54 feet high.

After your Altun-Ha tour, you will travel back to Belize City where you will see historical sites such as St. John's Cathedral, where Kings from the Mosquito Coast were crowned, and the colonial mansion once occupied by British governors. This Belize excursion concludes at the Belize Tourism Village.

4.6 / 5  |  153 ReviewsReview This Tour
Outstanding!
Informative... Great small tour without the crowds who arrived as we were leaving! Altun-Ha was impressive.
Reviewer: dp

Altun- Ha
Our driver was very knowlegible and lots of fun. It was a hot and day and she provided cold bottled water. Mu husband had a little trouble walking so she took extra care and time with him.
Reviewer: carol lazo

Mayan Ruins visit
This tour was well run in an air conditioned bus but over some bumpy roads. The tour guide was good but they also had a Mayan give us history and info on the ruins. Well done. Tour much cheaper than similar ship tour.
Reviewer: Cheryl L Drover

Excellent Tour!
Jose was an excellent tour guide! We learned a lot about Belize and Altun Ha during this trip. Thank you!
Reviewer: Jim S

Winter vacation
Great tour of the ruins and the country side.
Reviewer: Robert Johnson

Great knowledge of Belize and the Ruins
We had a good tour guide with knowledge of the Belize area and the Altun- Ha ruins. He was very helpful and accommodating to ensure we were all enjoying and learning from our adventure. The only confusion we had was the time difference between the ship and Belize.
Reviewer: Jodi Johnson