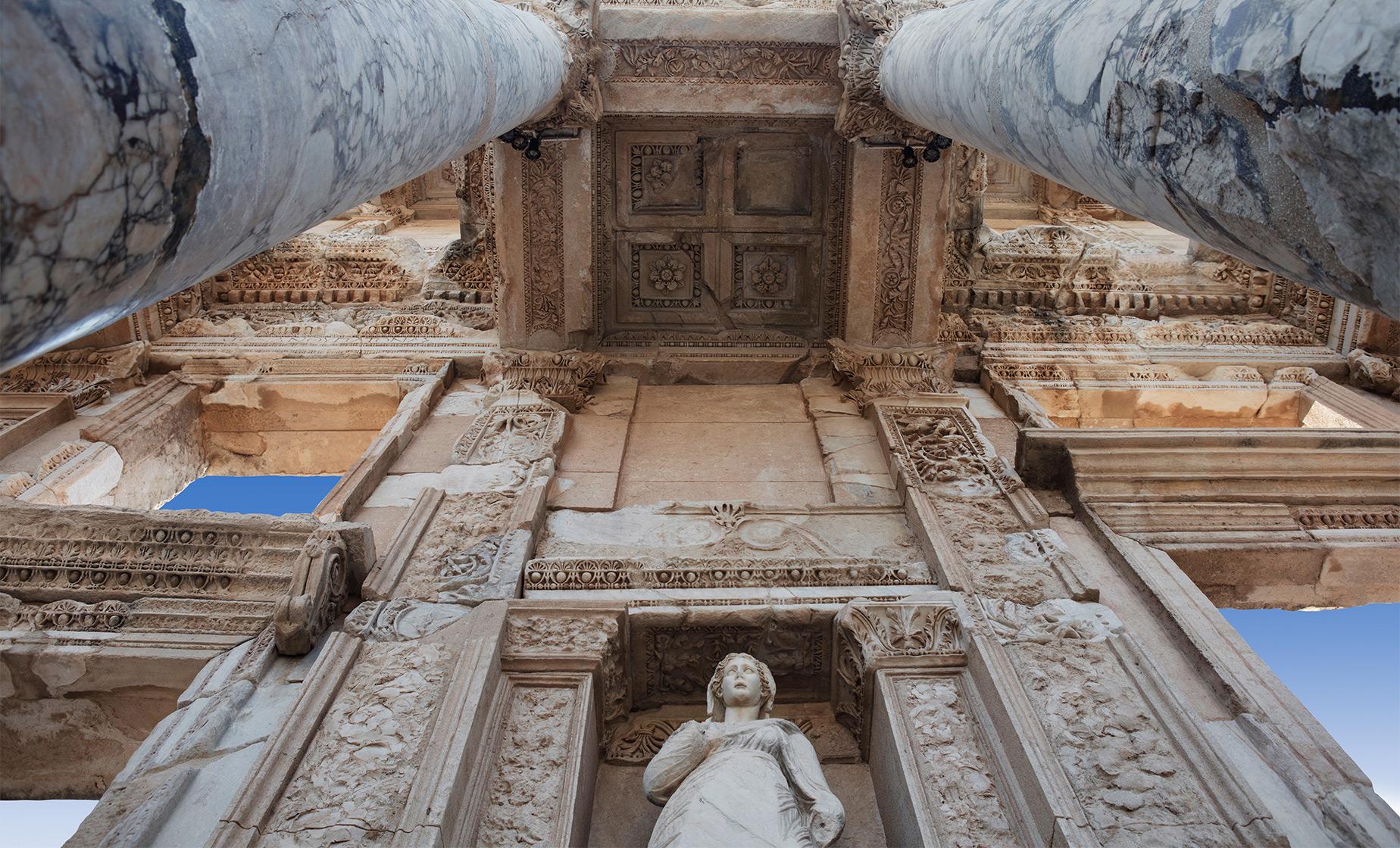 5.0 / 5  |  1 ReviewReview This Tour
From $69.00/person to $204.00/person (Select "Individuals" below) Price varies based on number of individuals in your group
Choose Options My Cruise Itinerary
Summary
Shore Excursion Size

Cruise Ship Pier
Food/Beverage Provided None
Recommended Dress Comfortable clothing and sensible, rubber-soled walking shoes are recommended. Sun glasses and sun screen are suggested.
Restrictions Guests must be able to walk over uneven paved, as well as cobblestone surfaces. There are several uneven steps along the way. Tour starts at the upper part of the city and ends at the lower gate.

Meet your professionally trained tour guide and set out for a fascinating Private Ephesus, Turkey Tour. The ancient city is an approximate 75-minute drive from Izmir. Famous in antiquity for its Temple of Artemus during the years of the Roman Empire, the Greek port of Ephesus became the greatest city in Asia Minor. You will start at the upper (Magnesia) Gate, and work your way down through the city, ending near the ancient Harbor. Along the way, you will see the Forum, the Odeon, the Library of Celsus, the Thermal Baths of Scolastika, and the Great Theater, built in the Greek era and reconstructed in the Roman period. It has played host to programs as varied as Paul and his sermons to the Ephesians, to concerts by Sting, in part due to its remarkable acoustics. You will walk along the Arcadian Way, where once Mark Anthony and Cleopatra rode in procession. You will hear stories of Alexander the Great, the Virgin Mary, and many other famous visitors who walked the same marble streets that you are walking. As you depart the Ephesus site, you will be able to view the hilltop ruins of the Basilica of St. John in the distance, which was erected over his grave in the 6th century A.D. by Emperor Justinian. Guests will have to option of a Turkish carpet demonstration before their return to Izmir.

5.0 / 5  |  1 ReviewReview This Tour
Better than I expected!
We loved Ephesus. It¬¥s interesting and the guide was very nice.
Reviewer: Erika