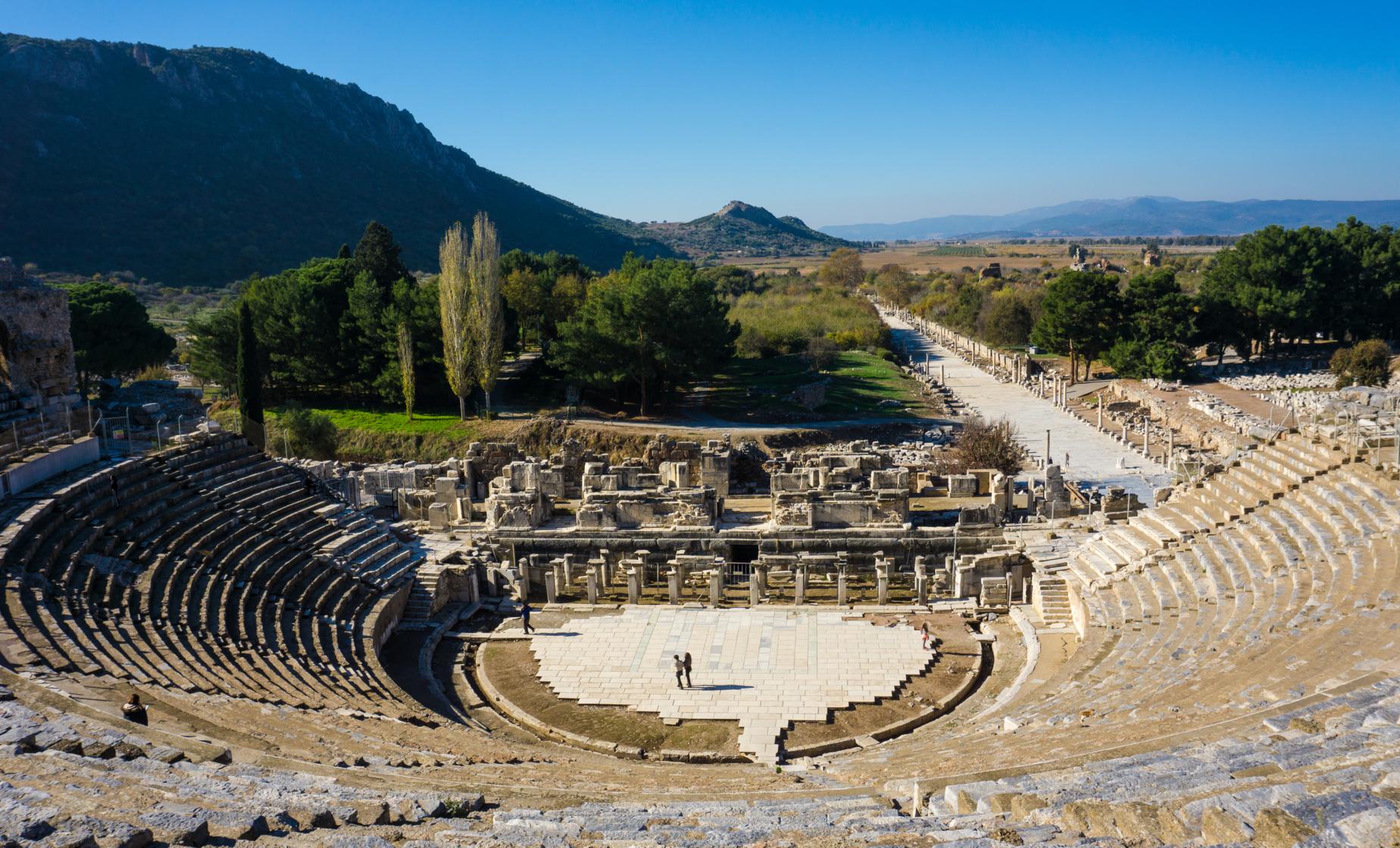 Cruise Ship Pier
Food/Beverage Provided Not Included
Recommended Dress Comfortable clothing and closed toe, sensible walking shoes are recommended. Sunglasses and sunscreen are suggested.
Restrictions Walking at Ephesus is over actual streets / sidewalks from ancient times which are uneven and worn. There are steps without handrails and packed dirt that must be navigated in some areas. The walk through Ephesus is not wheelchair accessible.

Meet your professionally trained guide and drive to Ephesus, approximately 30 minutes from Kusadasi. Famous in antiquity for its Temple of Artemus during the years of the Roman Empire, the Greek port of Ephesus became the greatest city in Asia Minor. You will start your 90 minute Ephesus tour at the upper Magnesia Gate, and work your way down through the city, ending near the ancient Harbor.

Returning to the town of Kusadasi, guests will have the option to end their Ephesus tour in the shopping area, where they can attend a Turkish carpet explanation and explore the shops filled with jewelry, carpets, leatherware, and copper goods, or both. Turkish salespeople expect you to haggle and quite often you can get 10-15% off the listed price. Treat it as an adventure. The cruise pier is a 5-10 minute walk from the main shopping area.

Guests not wishing to attend the optional carpet shopping should stay on the bus and they will be taken directly back to the pier.

Please Note: Entrance to the Library of Celsus is included.

Good tour
Tour guide and tour was good. It was great to see the old civilization and explore the area.
Reviewer: DJ Mistry

Ephesos
Wonderful guided trip with a very experienced guide. It included a stop at a rug making facility which we enjoyed very much.
Reviewer: Robert Poor

Amazing
One of the highlights of our trip through Rome, Greece and Turkey. The guide we had was amazing. His knowledge not only of the area and this historic site but also of the world in general, shared with a wonderful sense of humor made this an incredible experience.
Reviewer: Janet Baker