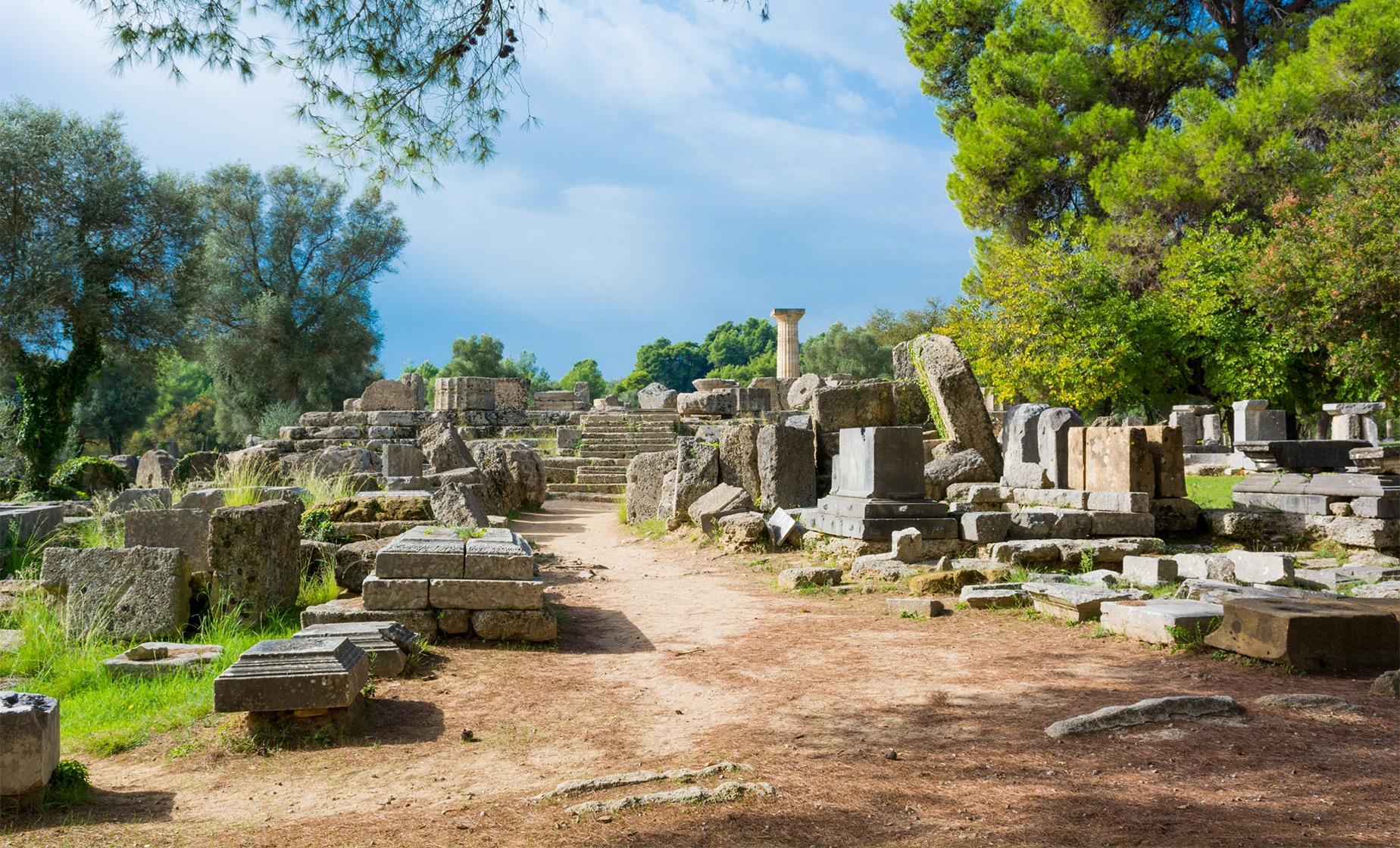 Cruise Ship Pier
Food/Beverage Provided Not Included
Recommended Dress Comfortable clothing and sensible, flat-soled walking shoes are recommended. Sun glasses and sun screen are suggested.
Restrictions Guests must be able to walk over paved, gravel, stones and packed dirt surfaces. Many are uneven and/or on inclines. There are some uneven steps.

Begin your approximately 40 minute journey to the birthplace of the Olympic Games with a drive through scenic villages. The Olympic Games, during classical times, were the most famous games in the known world at that time. They were held every four years from the 8th century BC to the 4th century AD.

Before the site of Olympia was built, a hidden Sanctuary of Zeus sat on this spot. The sanctuary was known as an Altis. It is here where you begin your approximately 90 minute Ancient Olympia Tour.

Perhaps the most impressive ruin is the Temple of Zeus, which still reveals some of its elegance and scale. It once housed an oversized gold-ivory statue of Zeus, one of the seven wonders of the ancient world. The sculptor Phidias who made the statue had his workshop in Olympia. A Byzantine church was erected on top of the workshop and its remnants can be seen today.

The Altis also encompasses the Prytaneion, magistrates' residence, the Philippeion, an offering of Philip of Macedonia after his victory at Chaeronia and Hera's temple which served as a perfect setting for the famous statue of Praxiteles' Hermes perfectly preserved and now housed in the nearby museum.

Around the Altis, you will see the twelve Treasuries, small buildings erected as offerings by the city-states of Greece.

Just beyond the treasuries is the world famous Stadium, accessible through a vaulted entrance. It was the largest of its kind seating 20,000 people during the ancient games. More recently, it was used as the stadium for the hammer throwing event in the 2004 Olympics.

Continue on to the Gymnasium, the Bouleuterion and the Leonidaion which served as a kind of hostel for the visitors of the games.

After visiting the Site of Ancient Olympia, you will have the chance to reach the beautiful village of Olympia. You will have approximately 50 minutes to stroll around the village and admire the nature of this place.

From here, you will drive back through the Peloponnese countryside to reach the port of Katakolon.

Excellent excursion experience
Upon leaving the ship the tour operator was easy to find. The tour guides very informative, with much local knowledge. Easy to understand, English was excellent. Would use this operator again.
Reviewer: Cathy Martin

Ancient Olympia
Husband and I thoroughly enjoyed this excursion. So much history to hear about and guide very proficient in English. Would recommend.
Reviewer: Patricia Garnier

Katakolon
The tour was very good however it poured rain which dampened the excursion. The guide was knowledgeable and very friendly. It was cold with the rain so we stopped for an expresso and cannoli on our way back. So good! Had it been a nice day I’m sure it would of changed the whole experience.
Reviewer: Corinne

Exclusine Ancient Olympia
We found the site amazing, It was not crowded and we could hear everything the tour guide said. Lots of free time to wonder among the ruins.
Reviewer: Lynne

Olympic ruins
This was our best tour
Reviewer: Darrell Rustad