Ancient Olympia On Your Own 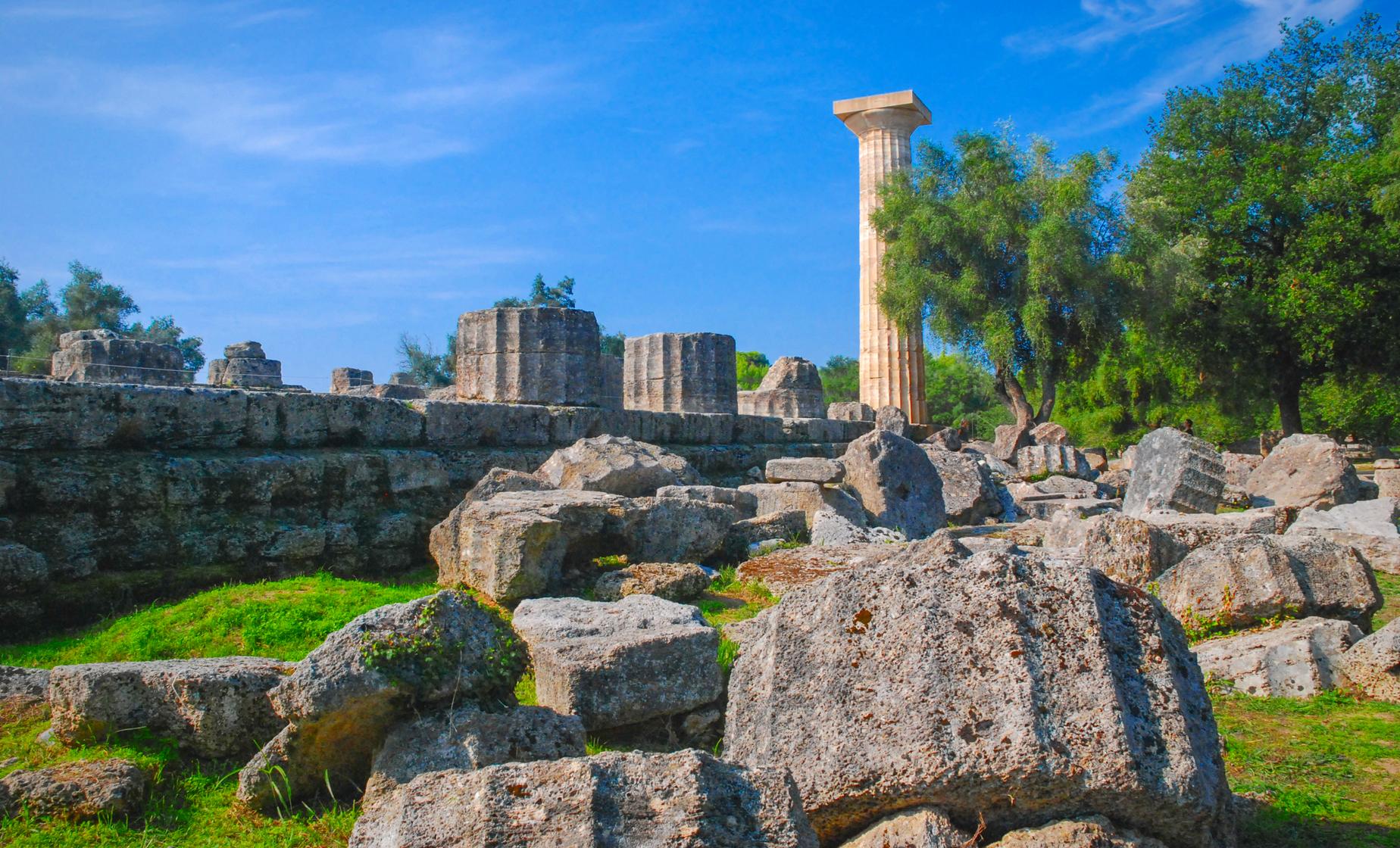 Cruise Ship Pier.
Food/Beverage Provided Not Included
Recommended Dress We recommend wearing comfortable clothing and sensible, flat-soled walking shoes. Sunscreen, hat and sunglasses are also recommended.
Restrictions Although this tour is at your own pace and ability, guests must be able to walk over paved, gravel, stones and packed dirt surfaces within the site. Many are uneven and/or on inclines. There are some uneven steps. This tour is not wheelchair accessible.

Embark on a 4.5 hour journey back in time to where the Olympic Games first took place when you book this self-guided tour of Olympia. If you're an athlete or an Olympics Games enthusiast, this tour is a must-do activity. You'll get round-trip transportation from your pier in Katakolon to Olympia. While you'll need to cover entrance fees on your own, you'll get to explore iconic landmarks and attractions like the Stadium and the Temple of Hera to capture the spirit of the Olympic Games while on this exciting self-guided tour.

Kick off your self-guided tour by traveling from your port destination in Katakolon along a scenic route to Olympia- the grounds of the birthplace of the Olympic Games, one of the most famous sports gatherings on the planet and the burial ground of the heart of the International Olympic Committee's founder. Here, you'll get to visit the Stadium and imagine the energy and excitement that came along with the adrenaline of running across a 200-meter track while a crowd of 20,000 spectators watched as you step on the very same running track of ancient athletes. The Stadium was also the home of the women's athletic games that were held to honor the Greek goddess Hera--the Greek god, Zeus' wife. Head just outside of the Stadium and take in the Doric-style architecture of the Temple of Hera, one of Greece's oldest temples that's also characterized by a single row of columns.

Make your way to the Temple of Zeus, where you'll see the remnants of a 5th-century B.C. structure made of limestone and marble dedicated to the powerful deity. Historians believe that religious rituals took place at the Temple of Zeus to honor the gods before the start of each game. The Temple of Zeus' significance also stretches beyond rituals to a place where athletes would promise to follow the laws and rules of the Olympic Games. Turn on your camera and take a piece of history home with you by taking Insta-worthy pictures of the remnants of this ancient temple before returning back to your port destination.

From stepping foot on an ancient running track to exploring the architectural grandeur of ancient temples, there's much to see and do on this exciting excursion. Reserve your spot on this self-guided tour today and travel back in time for a once-in-a-lifetime experience you'l never forget!

Please Note:Entrance fees are not included, but can be paid directly at site on the day of the tour. Adults: 12.00 EUR, over 65 years old: 6 EUR, children under 18 years of age: free. Guests must bring proper documentation to prove age. There is also fee of 3 EUR per person (not included) for the wireless tour guide system, also known as WHISPERS, which must be paid to the operator on the day of the tour.

5.0 / 5  |  1 ReviewReview This Tour
Ancient Olympia on Your Own
Fabulous targetted tour of ancient Olympic Ruins without crowds
Reviewer: Jody Taylor