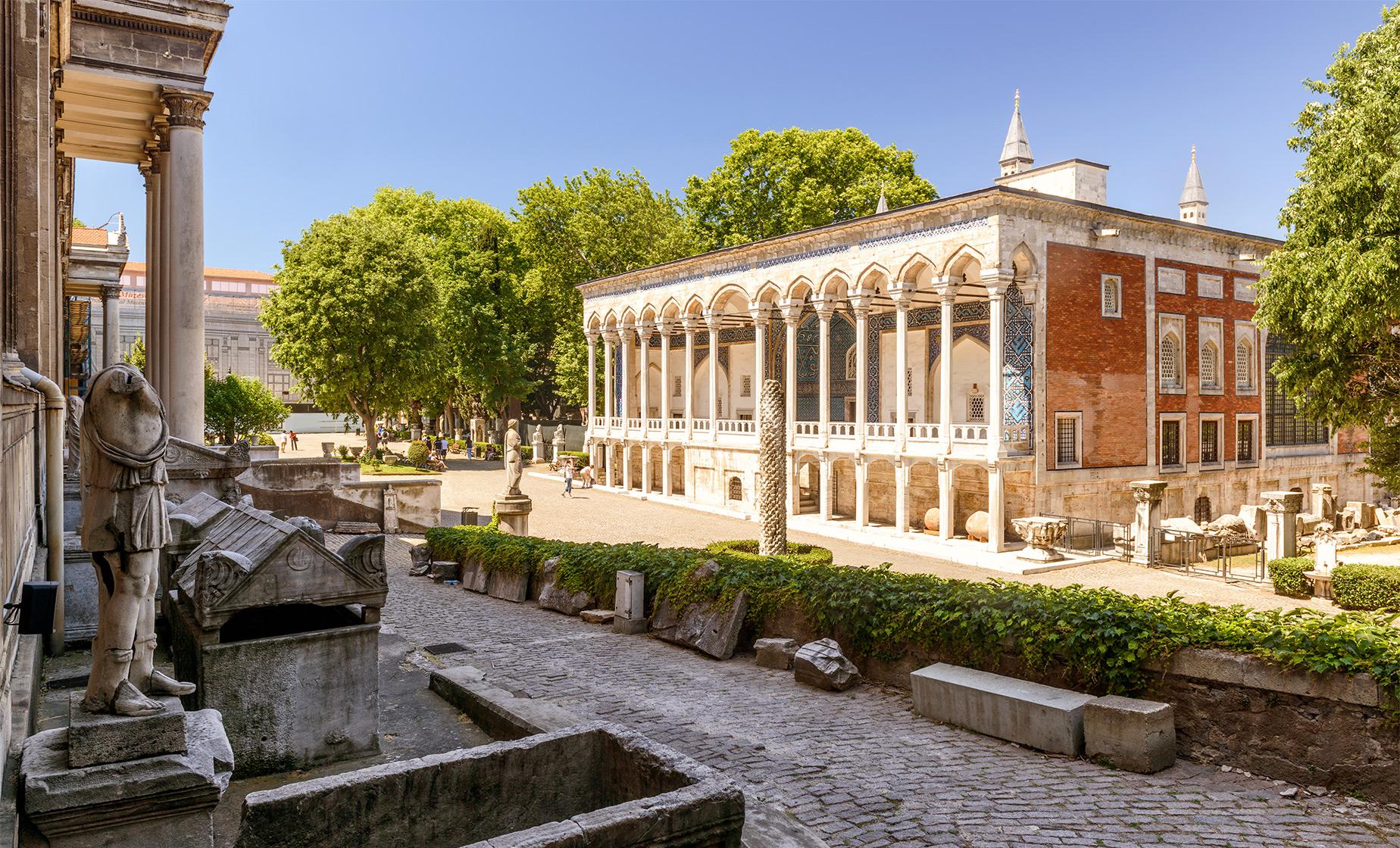 Review This Tour
From $159.00/person to $314.00/person (Select "Individuals" below) Price varies based on number of individuals in your group
Choose Options My Cruise Itinerary
Summary
Shore Excursion Size

Cruise Ship Pier
Food/Beverage Provided Lunch
Recommended Dress Comfortable clothing and and sensible walking shoes are recommended. Sun glasses and sunscreen are suggested.
Restrictions Walking is predominately on paved flat surfaces at most sights. There are stairs required to reach the inside of museums and the cistern is reached by a set of stairs with a railing. The Grand Bazaar Covered Section is closed on Sundays.

After meeting your professionally trained guide, set out on a drive through the business center of the modern city to the Archaeology Museum of Istanbul. It was built at the end of the 19th century by the architect Vallaury on land that was previously gardens for the Topkapi Palace. The museum occupies two buildings, the main building whose facade was inspired by the Alexander Sarcophagus, and the museum of Ancient Orient that was originally a Fine Arts School. There is also the Tiled Kiosk, originally built as part of the Topkapi Gardens in 1472, it is now used as additional galleries for the museum. Your guide will show you the highlights of the museum's collection, which includes artifacts and works of art belonging to ancient Greek, Roman and other Anatolian civilizations dating back to the 6th century BC.

You will finish the morning portion of your tour with a visit to the Byzantine cistern. Dating from the 6th century, it was built by Justinian I and is located southwest of Hagia Sophia. The water was brought from Belgrade Forest, 12 miles to the north of Istanbul, and it could store 100,000 tons of water. It features fine brick vaulting supported by 336 various types of columns brought from different parts of the Empire. There are two Medusa friezes brought from the Temple of Apollo in Didyma (today's Didim). You will then drive to a former Turkish home built in 1927 that is now one of the city's best restaurants. Here you will enjoy lunch with wine.

After lunch, you will drive to the Hippodrome, which was once the scene of horse and chariot races and the center of Byzantine civic life. All that remains is an Egyptian Obelisk, a stone obelisk, and the Serpentine Column which were originally brought by the emperors and used for the decoration of the Hippodrome.

After a short walk, you will reach the Ibrahim Pasa Palace and visit its fine collection of art and ethnography in a lovely setting. It was built in the 16th century and donated to Grand Vizier Ibrahim Pasha by the great sultan Soliman the Magnificent. After Ibrahim's death, the palace was used as a military barracks and made into a museum during the Republic. Your guide will intrigue you with the exhibits and their history.

You will end your tour with a trip to the exotic Grand Bazaar area. After free time in the Bazaar, you will be returned to the pier.

Please note: The Underground Cistern is closed for the rest of 2022. As an alternative, Serefiye Cistern will be offered. The covered area of the Grand Bazaar is closed on Sundays; a visit to the Spice Market will be substituted. This tour does not operate on Mondays as the Archaeology Museum of Istanbul is closed.