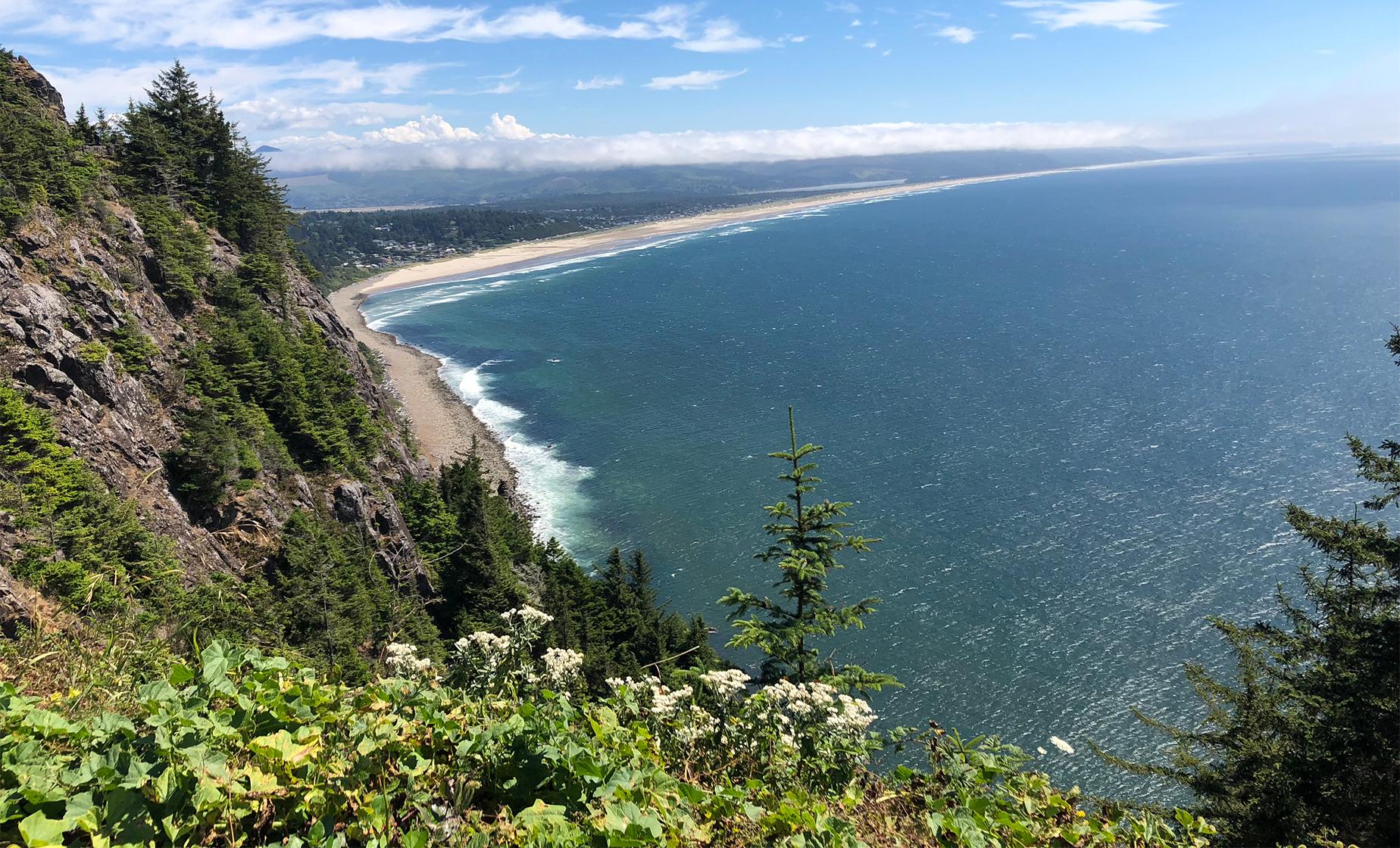 Spend the day in the hot spots of the beautiful northern Oregon coastline! Your journey begins in Astoria, an artsy enclave with humble beginnings as a trading post for John Jacob Astor's fur trappers.

This city was the first permanent settlement on the west coast of the United States the first to have a United States post office west of the Rockies. First, ascend 125 feet up the popular Astoria Column and be rewarded with gorgeous panoramic views of Astoria and the surrounding area.

From there you will journey south along the spectacular northern Oregon coastline with its steep cliffs, lighthouses, seals and wide, sandy beaches.

Visit beautiful Cannon Beach, a quintessential beach town complete with artists, shops, restaurants and salt water taffy. Grab a photo or two of Haystack Rock, the giant 72-meter basalt monolith rising from the sea waters. Accessible at low tides, this area is a protected marine wildlife sanctuary with starfish, crab and other animals residing in the tidal pools. This area is also a nesting site for various birds including Tufted Puffins and Cormorants.

Stop at the lookout point on Neahkanie Mountain for breathtaking 180 degree views of the coastline. Neahkanie in the Tillamook language is translated as "the place of the god" and this mountain has lived up to its name as a historically spiritual spot.

At Tillamook Cheese Factory you will take a self-guided tour of a prominent factory run by a farmer-owned cooperative. While here, bite into succulent cheese samples and purchase some ice cream and fudge.

Conclude your tour back in Astoria where you will have time to explore the waterfront area on your own before returning to your ship.

Reserve your spot today to experience a great overview of the beauty and culture of Astoria, Cannon Beach and the incomparable coastline of northern Oregon.