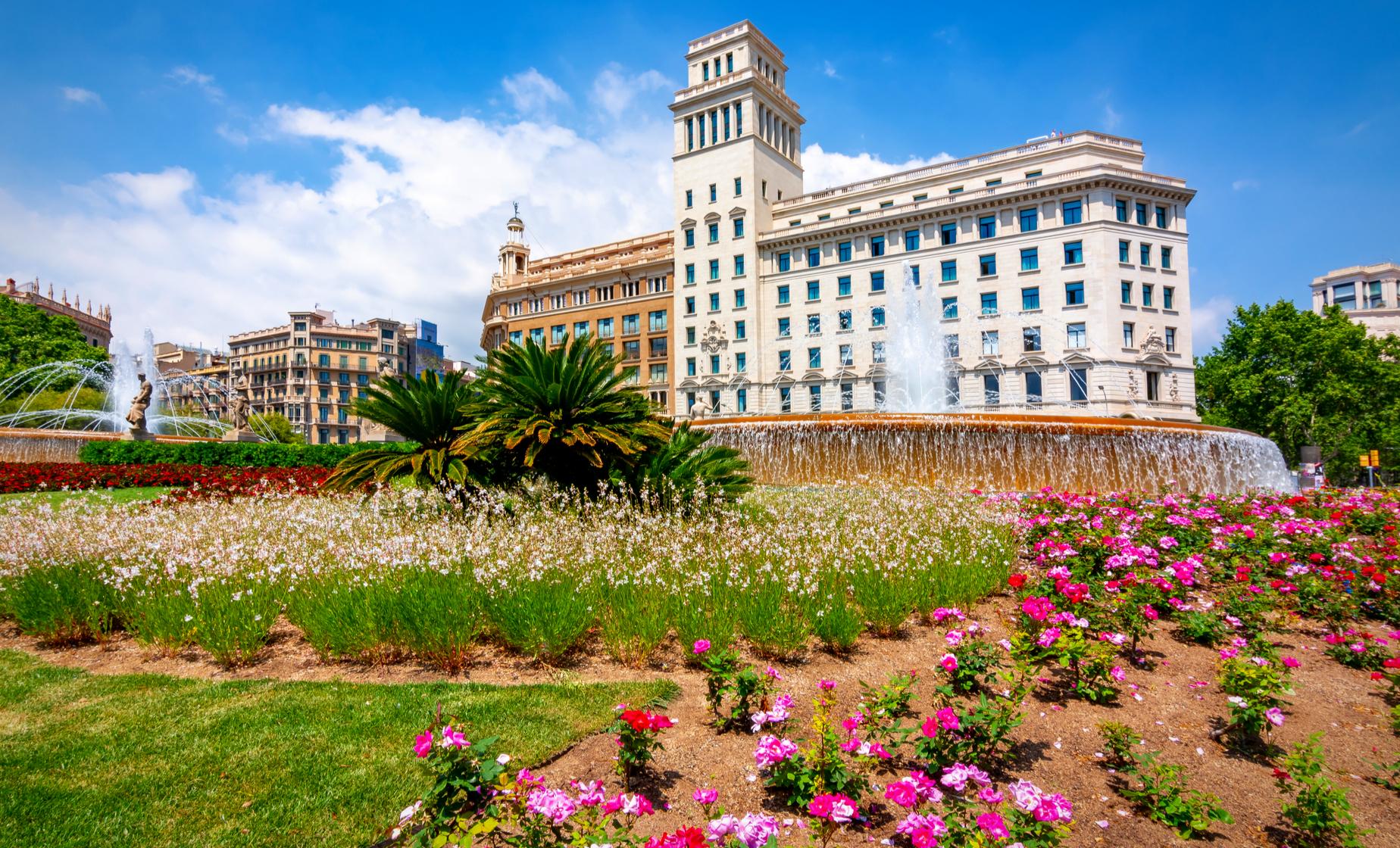 If you are arriving by cruise ship, this tour departs from the cruise ship pier. If you are staying in a hotel, custom pick-up is provided for this tour. Please enter your desired pick-up location above.
Food/Beverage Provided Not Included
Recommended Dress We recommend wearing comfortable seasonal clothes, sunscreen, sunglasses, a hat, and walking shoes.
Restrictions Guests must be able to step in and out of the vehicle and be able to walk on uneven ground. This tour is NOT wheelchair accessible. Infants ages 2 and younger are free to attend the tour but must be accounted for at the time of booking.

You will start your day by departing the port area after your arrival, in a safe and comfortable vehicle with your English-speaking guide. Make your way to the famous Monastery of Montserrat, just a short and scenic ride outside of Barcelona and visit the beautiful basilica.

Enjoy the incredible views along the way up to the top of the mountain. When you reach the top, like thousands of pilgrims before, you will be touched and inspired as you explore the magnificent mountain and its spectacular rock formations. Learn about the legend of the Black Virgin and enjoy a performance by the "L' Escolania", which is the oldest children's choir in Europe (if available).

After your visit to Montserrat, you will continue your tour back in Barcelona where you will have the opportunity to see some of the most famous of the city's sites.

La Sagrada Familia, the world-famous architectural masterpiece of Gaudi. In 1883 he took over the design of the Sagrada Familia, while also working on other projects. He worked for 43 years on the temple until 1926, and the work still continues today.

Park Guell, Gaudi's greatest park with beautiful city views. Originated in 1900 when Count Eusebi Guell bought a tree-covered hillside (then outside Barcelona) and hired Gaudi to create a miniature city of houses for the wealthy on landscaped grounds. You can avoid the long lines with your skip-the-line tickets as you visit inside the park.

Passeig de Gracia, Barcelona's most luxurious strip is one of the major avenues in Barcelona and one of its most important shopping and business areas, containing several of the city's most celebrated pieces of architecture.

La Pedrera/Casa Mila, is Gaudi's most famous building in Barcelona. Casa Batllo, is Gaudi's most astounding contribution to Modernism. Casa Amataller and Casa Morera, part of the trio "Apple of Discord".

The National Palace, is a very impressive site with great views. It is probably the most emblematic building of Montjuic and was built for the international Expo in 1929.

The Olympic Ring, is just to the south of the city and close to Barcelona Harbor. The main features of the Olympic Ring are the 70,000 seat Olympic Stadium, built for the 1992 Barcelona Olympic Games.

The Columbus Monument, a 60-meter tall monument of Christopher Columbus at the lower end of La Rambla. It was constructed for the Exposicion Universal de Barcelona in honor to Columbus' first voyage to the Americas.

Port Olympic, with its marina, shops, restaurants, galleries and more. Located east of the Port of Barcelona, it hosted the sailing events for the 1992 Summer Olympics.

Plaza Cataluna, the most famous plaza in the heart of Barcelona, is a large square in central Barcelona that is generally considered to be both its city center and the place where the old city and the 19th century-built Eixample meet.

4.8 / 5  |  31 ReviewsReview This Tour
Great day!
One of the highlights of the cruise for us was this day in Barcelona and Montserrat. The views from Montserrat were stunning and the small group left you with the ability to see more in less time. Barcelona with its focus on the Gaudi architecture was an absolute delight. Would highly recommend this tour if you’re coming to Barcelona.
Reviewer: Wayne Moore

Barcelona & Montserrat Tour
It was a wonderful trip, well organized. Even though there were some issues in Barcelona at the time, our guide and bus driver took very good care of us and made sure we made it to our pick up/drop off point with no problems.
Reviewer: Yvonne Russell

Loved it!
They picked us up at our hotel as planned. When we got to the meeting place our guide called the taxi to say she was running late, He left us on the corner to wait for our Guide to arrive. She was there in about 10 minutes. She was great. very well spoken and a wealth of information. We really loved having a small group (14 of us) it was easy to keep track of people and everyone was very responsible to keep track of our meeting times. Would have liked a longer stay at Montserrat to explore more, but it was fine. When we got back she had a taxi take us and another couple back to our hotel - except he dropped us a few blocks away and we had to figure out where we were and how to find out hotel, little unnerving. I would take another tour with Marta again.
Reviewer: John Boscarino

Montserrat monastary
We traveled from Barcelona by air conditioned bus through the scenic mountains to Monserrat. Olive groves dot the hillsides as well as quaint small towns. You are above the clouds when you arrive to the expansive grounds of the monastery. Plan lots of time to see the beautiful architecture as well as scenery. Take the train or walk paths to the cross on the bluff. Eat lunch and buy souvenirs at the stores or get local products from street vendors. On Sunday, you can hear the boys choir if you go early for the limited seating. Coming back down to Barcelona by a different route, our knowledgeable guide Bernard gave us insights into Gaudi designed buildings that we toured walking in the downtown area. This tour picks you up at the port or hotel and returns you before your ship leaves or takes care of your luggage and drops you at a downtown hotel for an overnight stay. I highly recommend it.
Reviewer: Bruce Efflandt

Enjoyable tour
A well run tour. They were a little late picking us up at the ship, but the bus was a comfortable size & the guides were personable & knowledgeable. Montserrat was stunning once the clouds cleared. And since we arrived in the morning, it was only moderately crowded. Do not visit there later in the day or you might wait an hour plus just to get in. Part 2 of the tour was visiting several Gaudi sites in Barcelona. We had already toured La Sagrada Familia on a previous tour where we went inside the cathedral, so this second visit focused on the outside in greater detail. But be aware that you will not get to see the interior on this tour, which is HIGHLY worth seeing. Park Guell was very nice. And then as part of the tour they dropped each of us off at our hotel or the airport which was great.
Reviewer: steve

Wonderful!
We loved that this was a small group excursion and that it included hotel pick up for us. Joseph was polite, knowledgeable and attentive to our needs as tourists. We visited Montserrat in the morning to avoid the huge crowds which, based upon the long line when we were leaving, was the right choice. A lot of sites toured in one excursion. Would recommend for anyone looking for the small group experience.
Reviewer: Mary Wozniak